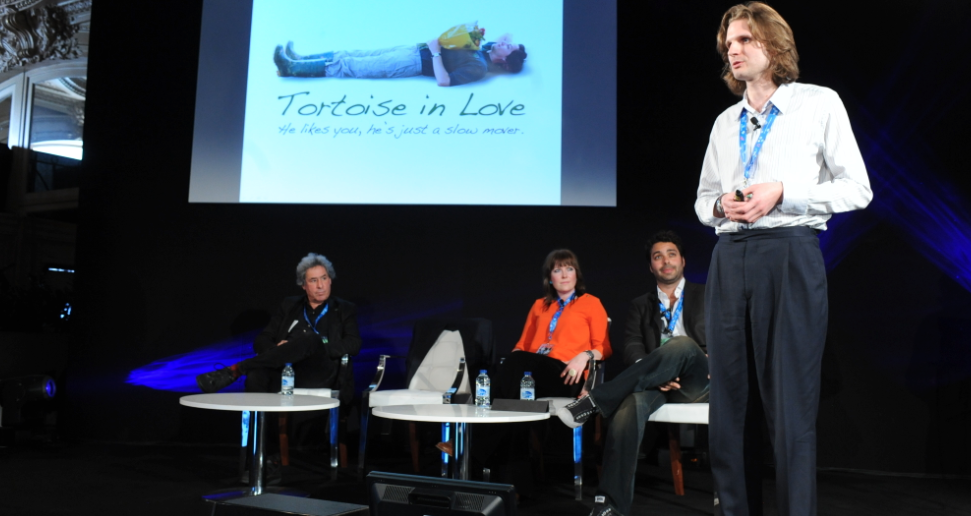 Heard of fan-funded music? Similar examples exist in factual programming; and our panel explored them today
By Angela Natividad on April 3, 2011 2 Comments

Independent film company Kino Lorber take a social approach to bringing good films to audiences that want them. You’ve heard of DIY (do it yourself)? Their philosophy is DIT (do it together). For them, crowdfunding is a bridge uniquely tailored to documentary filmmaking. Richard Lorber’s brief presentation on why, and how, is a good primer for anybody seeking financial support.

One thing to remember about crowdfunding is “it’s not an investment-based business. It’s micro-patronage,” said Lorber. The contributions of the people who help you are pure grants, he stressed. There is no expected return on investment beyond, at most, a gift (a signed copy of the film or the screenplay), a chance to meet the director, or just the opportunity to see the final product in a public space, knowing you helped bring it there.

Crowdfunding works much like the documentary production process does. It involves:

And documentaries also make a good match for crowdsourced support. Both tend to be:

What are the models to look at? The US market includes three crowdfunding platforms that did a good job of establishing themselves and making it easy for people to express their desires, donate and self-organise:

A few known film projects that have sought funding on Kickstarter:

It is key to remember that at the heart of crowdsourced funding is users’ desire to financially help you because the story or the cause are so compelling, or because they feel some other allegiance to you. Our other speakers gave lovely examples of this.

When constructing contests like these, Twist emphasised that reward is key, but not too much: insert a bit of randomness into the equation, like slot machine vendors. This way, users keep pulling that lever in hopes of getting lucky.

Finally, Steffan Aquarone discussed his experience producing “Tortoise in Love“, a romantic comedy almost entirely funded by, and enacted by, the 2000-person English village of Kingston Bagpuize and Southmoor.

Villagers had the option of becoming “B” stock share holders (with directors and trust holding “A” stock). This way, the village itself had a stake in how the film fared, making them more amenable to participation — very much a community effort. In total, with the inclusion of outside funding, the project raised £255,000 … of which £160,000 consisted of purchases of “B” stock (63% of total funding).

Marketing and fundraising efforts included direct mail to highly targeted potential angels, social network outreach to friends and family, a website, and a village newsletter. The latter became the most powerful catalyst of all, raising the most money.