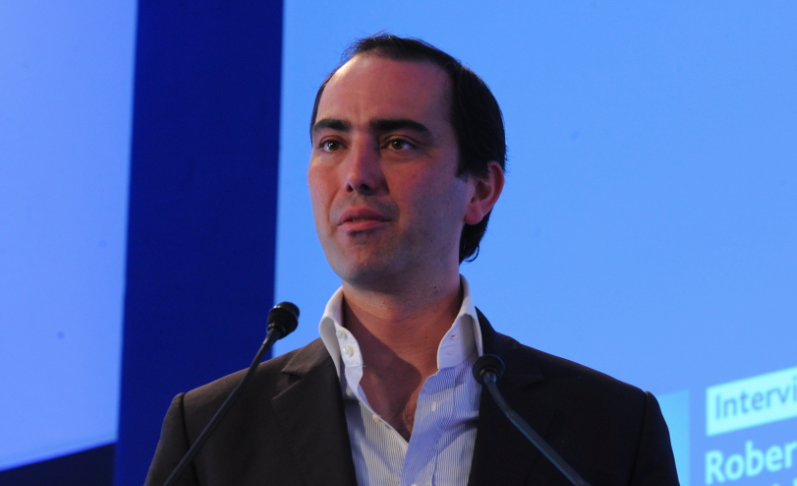 Christian Hernandez Gallardo gave a talk at the Connected Creativity Forum this morning on the opportunities for media owners in using social media to reach out to their fans.

He started with an explanation of Facebook itself, and its focus on ‘real identity‘ – people being themselves rather than anonymous or pseudonyms – and then expanding that into relationships with brands and media.

“Where we came from was a place of identity, and where we’re going is a place where identity travels with you, which is making the web a social place,” said Gallardo, explaining how people can log in to sites with their Facebook identities, complete with data on the TV shows, music and brands that they like (or rather Like).

Facebook currently has 500 million users, but 900 million ‘social objects’ on the platform. “You’ll see a lot of focus from us on building out that open graph database,” he said, before moving on to how people express their passions on the social network.

“When people are watching television they are engaging in passionate experiences. We are being entertained, but we are also getting emotionally involved in that experience,” he said. “So how do you tap into that?”

An example: Glee. “People scream on Facebook every single week around the fact that Glee is coming on, or that they’re watching it, and some crazy stunt happened or song was being sung… People are screaming in unison around Glee, and I can do this for every major TV brand, and it gets repeated.”

The challenge for producers and broadcasters is how to maintain the conversation around shows all through the week, rather than just spikes around individual episodes. Hernandez talked about the BBC’s Top Gear, which is using Facebook heavily as both a marketing and commercial vehicle.

The Facebook page has more than 7.3 million followers worldwide, and is now being used to post video clips of the previous week’s show. “40% of those fans consume a piece of Top Gear content on Facebook every week,” said Hernandez, who added that 30% of the total traffic to the separate Top Gear site comes from Facebook.

Hernandez also talked about Facebook Places – a mobile feature that lets people check in to specific locations in the real world, letting their Facebook friends know where they are. Yesterday, it launched the ability to check in to a “time and place – to an event… think about having a time and place around every single episode of your series,” he said to the MIP attendees.

“You begin to create these hubs where you can take the passionate screaming and bring them together, because you realise that ten of your friends are watching Top Gear at the same time… We’ve talked to broadcasters about putting their whole EPG as events on Facebook, and letting people RSVP to them to get a reminder.”

He also said that Facebook sees itself as “a complement not a substitute” to traditional TV. Hernandez also talked about UK game show Million Pound Drop and its Facebook playalong game, which has been regularly praised at MIP this week, for getting more than 8% of its TV viewers playing online as the show airs.

American Idol has just launched Facebook voting too, but it is too early to give stats on how it has performed. Hernandez also said that the Facebook Credits currency can tie into this kind of feature. Facebook is working with mobile payments company MIG on a system that lets TV brands charge viewers to vote using Facebook credits – their joint platform was announced on Monday at MIPTV.

“If I’d talked to you last year I would only have talked to you about traffic and engagement, but this year I can talk to you about new monetisation methods too,” he said, before moving on to Hollywood Studio Warner Bros’ recent launch of streaming rental movies on Facebook. Warner Bros worked with US startup Milyoni on the launch.

“They put Dark Knight on Facebook, and to watch the movie you have to buy it with credits. Apparently the test went well, because they have now announced five more movies,” he said, with Facebook now in talks with other movie studios to do similar things. However, Hernandez stressed that the fact Warner Bros went out and found a startup to do this was important – he encouraged content owners to do likewise.

“We’re not going out commissioning content, we’re just providing a platform for distribution,” he said. Another good example: FremantleMedia’s Scoreboard football show, where people can bet on football matches using Facebook Credits. And the TV show itself was launched on Facebook rather than on traditional TV.

“Where we wanna go with television is creating a social experience,” he said. “The thing I’m dying to make social is the EPG… I’m never gonna make it to channel 235, so how do I discover what I want to be entertained with. What if I could log in to a site, or my set-top box or my TV, and tell the system what I wanna be entertained with?” The idea: a system could use someone’s Facebook data to recommend shows to them.

TV Guide has already launched an online TV guide based on Facebook, with shows recommended according to how many friends like them. And this is how Facebook will work on a TV, rather than focusing on its standard social features: “Nobody is going to update their status with a remote control,” said Hernandez.

Hernandez also highlighted Numote, an iPhone app which acts as a remote control for a TV, with an EPG, but tying into Facebook for recommendations and social features. It’s one of several such startups apparently. “That is a social experience for TV,” he said, before moving on to Virgin Media.

The UK telco is letting people log in to Facebook and then look at photos from their friends on the big screen, but Hernandez said this is just the start for social TV.