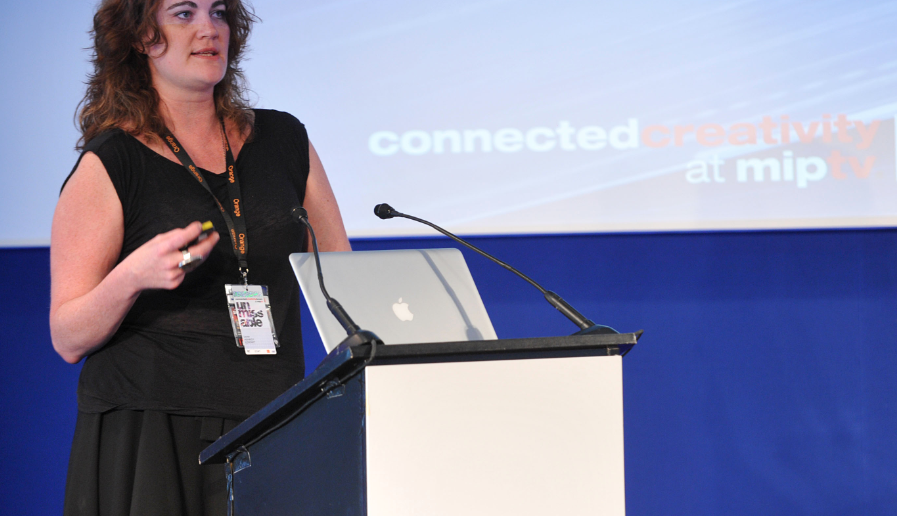 In a thought-provoking morning at Connected Creativity Forum, Louisa Heinrich from Fjord, a service design agency, gave a talk on ‘the augmented city’.

She started by talking about different services, including the BBC’s iPlayer and Skype. “No matter what it is you’re engaging with, you have to choose to engage with it… the digital and physical worlds are only just starting to come together now… you still have to look at a screen, look away from the world around you, to engage with a service.”

Onto the city of the future. She explained that some kinds of infrastructure change really slowly – the London tube system was the example – but others change rapidly, such as fixed-line broadband penetration. She also said that urban environments are changing their shape and texture, citing New York’s High Line, which turns an old elevated railroad into a lush green park.

“More information is inevitable,” she said, before asking how we can make cities beautiful again, using digital and content. “I think the answer begins with thinking of content as service layers.” Augmented reality is the obvious example now, but Heinrich preferred to look at what’s next.

First: ‘the secret life of things’, and open-sourced hardware Arduino, which can be built into any device. “If telephone poles and zebra crossings and traffic signals and cars can talk to you and to each other, we can probably make the road a safer place to be,” she said.

Second: ‘lenses on the city’. The way of looking at a city as it used to be, or as it is now – screen versus real life. But what if once we have 4G bandwidth and head-up displays, we can look at both at the same time? “I can have layers that go through time if I’m interested,” said Heinrich. “What’s really required for this is a different way of thinking about content” – not as a packaged entity that gets shoved down a pipe, but as “individual moments that are useful or relevant or touching or interesting to people“.

Third: we are connected creatures, but we’re not necessarily close – 10% of communication is expressed through words; the rest is body language and tone. So by sharing our surroundings more completely, we will be able to connect more deeply.

Fourth: the city as a film or television set. It’s already possible to get data on nearby places, but what if you could see the content that was shot there. “I might be able to take a tour of Harry Potter’s London, where I’m standing on platform 9.5 instead of just standing in a station? What if I could see the stylised, fantasised version of a city through my character’s eyes?”

Her conclusion? “We need to think differently about content and about services, and how we connect content with human beings.” It’s not about pushing the same content through new pipes, or about trying to predict which pipe is going to ‘win’. “If we bet the farm on one outcome, we’re gonna be screwed – even if we’re right in the short term, we’re not gonna be right forever”.

So it’s more about understanding the connection between people and the things that they need and love, and using that as the guide to doing interesting new things with content.

What are the biggest challenges to making this happen? “Rights, ownership,” she said. So what message would she like to give to the content rightsholders? “I would probably try to show you how you’re going to get other revenue streams in this other world that are certainly not less and possibly more than you’re getting already.”