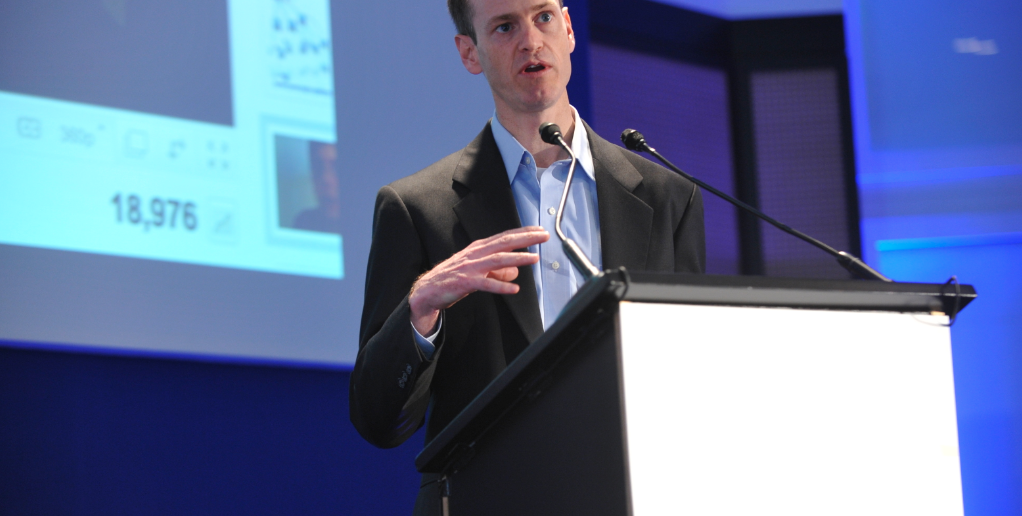 BitTorrent CEO Eric Klinker addressed the Connected Creativity Forum today, about how content industries can use data to make their content more discoverable, rather than seeing the peer-to-peer service as the enemy.

He started by talking about how BitTorrent is working with the content industries. “The challenge we have is the technology is what we do – we’re a technology company,” he said. “Our big challenge is that the technology gets used for things that don’t make us many friends in certain parts of the world – ISPs and media to be specific.”

One big area that BitTorrent is focusing on is content – “can we create a content value proposition” – although he admitted the company has had more failures than successes on this score. That included an attempt to license content from more than 50 studios and content owners, for a traditional distribution model around the BitTorrent technology.

For the last 18 months, BitTorrent has been working more with “content that wants to be discovered first and foremost”. An example: Pioneer One, the first TV show released only on BitTorrent, a year and a half ago. It’s now made three episodes, and according to moderator Gavin McGarry, “they’re making money… considerable amounts of money”.

“Content on the internet is valuable, yes, but not particularly scarce,” added Klinker. He said the series caught a fanbase, and those fans have then contributed and supported future episodes. Figures: two million downloads, $55,000 in donations from the audience, and $30,000 in sponsorship from Verisign. The show was distributed in partnership with a company called VODO, which took 25% of the revenues.

The next example: indie band Sick of Sarah, who distributed their latest album through BitTorrent. “It was even more successful than Pioneer One,” he said. “This has seen over a million and a half downloads in four weeks, and is still getting about 10,000 downloads a day.” People downloading the BitTorrent software are offered the album along with it.

How do the band make money? “They were interested in driving fan adoption first and foremost – the call to action is Like us on Facebook, follow us on Twitter,” said Klinker, who said BitTorrent is looking to build in more capabilities – for example, helping bands to alert fans to the nearest gig on their upcoming tour.

A new project: The Tunnel, which comes out on 19th May. It’s another community-funded movie, with donations from people. And now Paramount Pictures has picked it up for a direct-to-DVD release on the same day. “It has all the makings of a hit, and we’re looking to give them probably in the order of three to five million downloads,” he said.

Klinker said BitTorrent users are particularly concerned about privacy, and BitTorrent itself is constrained in how much data it can collect, due to copyright legislation. But there are external agencies like McGarry’s JumpWire are mining BitTorrent for data, so it can be used for metrics and analysis.

McGarry said big media organisations still have problems tapping in to data from BitTorrent – “the lawyers say ‘no'” – before Klinker talked about integration with Facebook.

“You can start to think just at basic levels – what does BitTorrent do really well? Sharing large files,” he said. So BitTorrent could be used to ‘move the bits’ of large video files from users to their social graphs: he said the example is making it faster for someone to share the video of their child’s football game with relatives. No full details of BitTorrent’s partnership with Facebook are being announced yet though.

However, BitTorrent has been doing some work on a live variant – “you can livestream to millions of people at low cost and zero latency” said Klinker, stressing that no servers are needed for this. There are public betas of this technology already. “We hope to have the mobile version ready for our tenth anniversary in September,” he said: BitTorrent plans to livestream a performance from its party to the world.

Who is BitTorrent’s audience? Klinker says he knows where they are – every single country in short – and they skew from 18-34 males. But the information stops at what they do. And he said he wishes BitTorrent had a better relationship with the content industry, in order to build in new features to help content owners target specific groups of users.