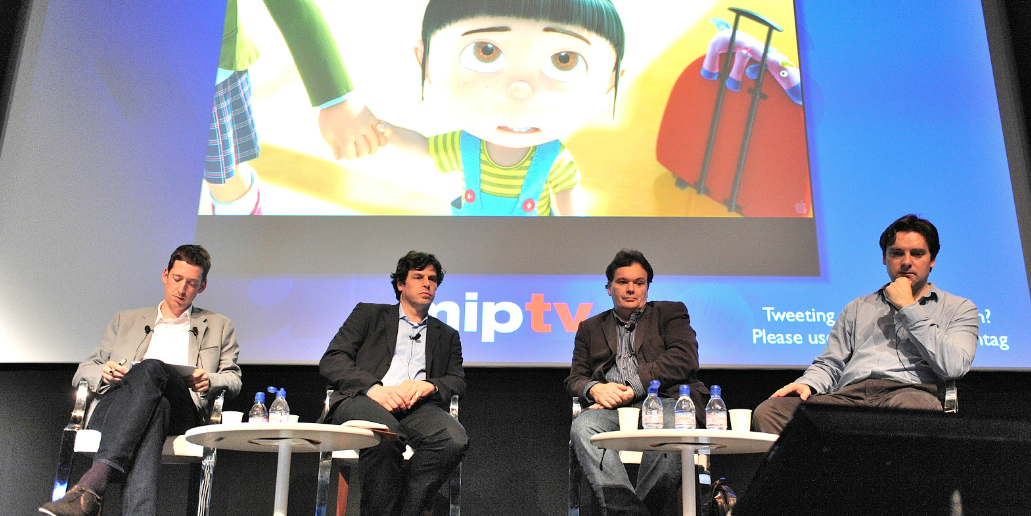 What are the new creative opportunities for 3D content for television, and which genres are best suited to the new technology?

The session opened, though, with a presentation from Jacques Bled, director of Mac Guff, talking about his latest project. The company has been around for 25 years working on 3D graphics and animation. The last production it worked on was Despicable Me.

He said the first rule was “make the stereo funny” – as in the stereoscopic 3D. But he warned that one challenge was to overcome resistance within the company to the 3D angle. “Artists don’t want to lose the control… good animators want to stay good animators, 3D or not 3D,” he said.

Bled said that involving everyone in the process was important, to help them “think in stereo“, while Mac Guff is focused on ensuring that the film was still interesting for the audience. “The key words are immersion and emotion,” he said. “The director said don’t forget this is a comedy movie, not an action picture.”

He gave some practical tips, such as looking at the end results on a big screen if possible, and if it’s not, be ready to redo shots when you get to the DI. “And testing of course,” he said. “People are not looking at the 3D in the same way and sensitive to the same things.” So for a kids movie, get children to look at it during production, to check certain effects aren’t too overwhelming.

Moderator Clarke then kicked off the panel debate, asking if there is a 3D production community yet. “I don’t think it’s all connected up yet,” said Geffen. “People are beginning to talk to each other. If ever there was a process where people should be talking to each other, it’s 3D films! Because it’s a radically different thing.”

Pounds said that “collaboration is everything in 3D”: production companies should not try going it alone, but should seek out partners.

The panel also dug into the costs of making 3D content. Lentjes said the added costs come across pre production, production and post production – more time to plan, more hardware, more expensive professionals, then more time in post production. “A first 3D production can be close to 200% of your budget, if you’re buying hardware and getting in expertise. The second could come down to 50% extra though.”

Pounds warned against the belief that problems with 3D content can be fixed in post production, emphasising the importance of the pre-production planning process. “If you plan it properly when you go and shoot, you won’t get these issues, hopefully, when you hit the post.”

Geffen said that for 3D to work, there have to be ways of shooting 3D in an innovative way – “you’ve got to develop a new language, I think a lot of people just rush out and film things… people have to relearn their skills.”

Lentjes thinks it takes two or three projects for directors and producers to really get up to speed with the technology. But Geffen said this is where the collaboration comes in. “Don’t let that put you off: one can come to terms with this… But you do need to take on all these technicians. If you don’t, you won’t comply with all the regulations of the channels you make it for.”

Geffen talked about Flying Monsters 3D, a show made for Sky in the UK which aimed to show off the technology, and make people realise its potential. He explained some of the problems – at the time the series was being made, there weren’t many helicopter rigs around for shooting from the sky.

Lessons? “You could not say the word planning enough, or visualisation. Every single shot… was storyboarded, and often pre-vizzed as well.” He also said the project taught Atlantic Productions that workflows are critical too, and there must always be a Plan B, in case equipment breaks down. “The cheaper equipment that’s coming out needs a lot of testing,” he said.

However, he stressed that “it is a really exciting time… but we’ve got to set ourselves high, high targets. If we don’t, and people don’t get impressed by what’s coming out, it will lessen the impact, and people might not buy the sets.”

At the other end of the screen size scale, Lentjes is working with Aardman on Shaun The Sheep content for the Nintendo 3DS and says he’s very impressed by the device’s 3D technical quality – as well as the fact that it doesn’t require glasses to be worn. “People say over and over again that they don’t like the glasses – ‘they’re too heavy, they’re cumbersome, and can we please get rid of the glasses?’.”

Working on content for young children can be a challenge – what looks good in 3D to adults does not look good for children, so will need tweaking – and he also said he is worried about the effect on children under six, whose optical nerves are still being formed. “People say it will train the eyes of the children, but that is like saying smoking trains the lungs!” he said.

Onto Lentjes, who talked about threats to the 3D revolution, including the re-education of filmmakers and the need for technical perfection – broadcasters will reject programmes and films if they do not meet their specifications. He said that handheld 3D on the 3DS or the upcoming LG Optimus 3D, there is an advantage.

“You have your viewer in a very specific spot, so your content will be perfect for that viewer – you will know exactly what he is going to see,” he said. However, he said that for 3DS, the 3D effect can’t be more than the width of the screen – one downside.

Finally, how many customers are there for 3D content? Electric Sky is a distributor as well as a producer. “A year ago you could most probably count 10 customers all around the world. This week I’d estimate that’s between 60 and 70... It’s pretty good growth. The question is will it continue – will it be 120 this time next year? That we don’t know.”

He said there are some 3D producers who “have decided to sit on content on the basis that they think the value will increase. It’s a bit of a gamble… the normal route in the TV industry is that the more content comes in, the cheaper it is.”

Pounds said that “the music industry has had a shot in the arm with 3D – both rock and classical interestingly, with ballet and opera”.

Geffen was asked about 3D-capable tablets that are coming out. “It gets people familiar with 3D,” he said. “People need content. But even if you’re making content for the small screen it needs a lot of work to get it right. It’s going to throw out a lot  more opportunities and interest in the medium… But it’s not easier because it’s smaller.”