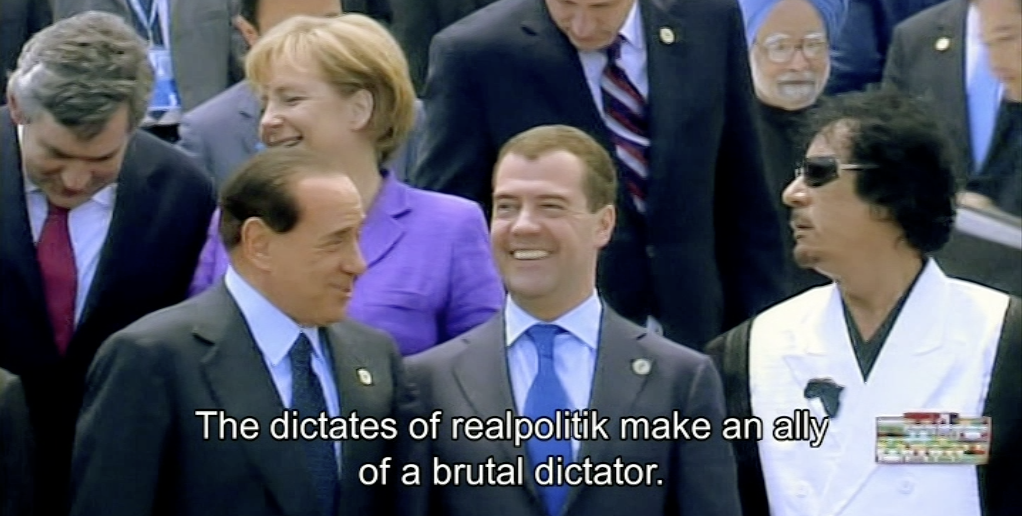 Our second exclusive MIPDoc trailer showcases the story of how the west became friends with its former worst enemy... prior to recent events in Libya
By James Martin on March 25, 2011 14 Comments

“Qaddafi” was pre-bought by broadcasters in 13 countries, reports Variety, including France 5, where it was first screened March 1. It has since been acquired by Australia’s SBS, Spain’s ETB, Canada’s CBC and Denmark’s DR.

“Finding overseas partners early on helped us create an ambitious documentary that has a broad international appeal, which is sometimes difficult to achieve when a film is fully financed out of France,” producer Arnaud Xainte told Variety.

MIPBlog caught up with Xainte at MIPDoc, April 3:
Just one of the 1400 factual films screening exclusively at MIPDoc April 2-3 in Cannes, and online all year at www.onlinescreenings.com.