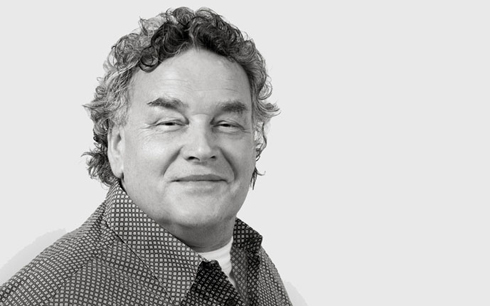 The MIPFormats keynote & creator of such iconic formats as Deal or No Deal speaks to MIPTV News' Julian Newby
By James Martin on March 16, 2011 2 Comments

– When you started out in this business, the word ‘formats’ was not on the tip of everyone’s tongue. Now it’s spoken of as though it’s almost a separate industry. Has the creative process changed?
I once read that in the fifties and sixties, European producers flew to New York, booked a hotel, watched all the current shows, copied them one-by-one and put them on air in their own country. As simple as that! Intellectual properties? Never heard of them. Formats? What’s that? Things are quite different now. Formats – particularly well travelling global formats – can be of huge commercial importance and bring massive revenues to the IP-owners and attract attention from hungry investors.

Big Brother, as well as Deal or No Deal, were the immediate causes for Endemol International to be sold twice. The IP-value of these formats – with the recent development and enormous variety of multi-media applications, makes formats even more and more significant. Has it changed the creative process? Well, hardly in my case, to be honest.

I started working in this business with John de Mol, some 10 years ago, from scratch he wanted me to come up with formats that would have strategic potential for international roll outs. So I never focussed on developing anything for a certain network or even for a specific territory, except the USA or UK – as they are the distribution engines in the television world. To work from the power of an idea, not from a local need. That’s my thing. That’s what I did in a partnership with Endemol for 8 years, and that’s what I am doing now with the ProSiebenSat1-Media group (ed.: de Rijk is launching his latest format, You Deserve It, with ProSiebenSat1; it has already sold to ABC in the States: see below).

– As a creator of properties that have done massively well pretty much all over the world – do you always have the international audience/marketplace in mind when you start the creative process?
Absolutely, yes! I deliberately try to develop formats as an export product and therefore capable of appealing to a variety of viewers in as many different cultures. It probably also has to do with my very small home country Holland, where you simply have to cross borders to have any substantial success. To survive we have to think beyond the limited size of our territory. If you drive two hours by car in Holland, you find yourself abroad having to speak a different language.

– What hit formats are out there whose success surprises you?
Actually I am more surprised by flops than by hits. Usually I pretty well understand a hit. If it isn’t for the degree of high originality, then it’s for the fact that it is – for instance – well produced, like the Voice, from Talpa. To mention one: I was  totally surprised by The Moment Of Truth – which travelled to quite some countries – how contestants accept to possibly lose $250.000, just because the lie detector accuses them, even if it is not a lie at all. The viewers seem to accept the lie detector as full proof. Unbelievable and fascinating.

What surprises me more than anything else is that some formats can be a huge hit in one territory and a total flop or considerably less of a success in another country of a similar culture. My format Set For Life – with Jimmy Kimmel – did reasonably OK as a series in US, but did very well in many other countries and was a big hit (as ready made) in Canada. The problem with this business is, you have to make shows forwards, but you only understand them backwards.

– Describe the nature of your partnership with SevenOne  International.
I have a partnership with Red Arrow, of which SevenOne is the world wide programming sales company. Red Arrow was launched in January 2010 as a ProSiebenSat.1 Group company and it combines a growing group of international television production companies with powerful creative partnerships and a leading programme distribution house. I fit in this structure and marketing plan as a supplier of “potential international formats”. Pretty much along the lines of what I did for Endemol.

– Is format protection still an issue or has the sophistication of the industry rendered that an issue of the past?
Formats are best protected by their own originality. Fortunately I have a passion for game mechanics and game structures – also in reality shows for that matter. They offer the best protection possible, providing the game structure is original and authentic, like it was with Deal or no Deal.

It turned out to be the most distributed entertainment format ever – 150 countries – with very little problems for the legal department of Endemol. Simply because the mathematical game structure was original. And to copy that, or rip it off, can’t be done without being noticed in context with the original show. Television is a copy-cat world. Networks like to be on the safe side and buy preferably stuff which is leaning against existing successes. And you can’t blame them, although big hits always contain a pretty high degree of originality. Format protection will therefore always be an issue.

– In your experience are formats always an easy sell? At what point do they switch from something you are trying to sell to something that people are trying to buy?
Formats are in my opinion never an easy sell. When it seems an easy sell, it’s because you put a hell of a lot of energy and effort into that pitch. And you better do that!

A pitch is the last station of a long, long track, from an idea to a pilot, mood tape on DVD – and/or possibly some other pitch tools. Everything you need to learn to create and pitch TV-formats is what I learned being a copywriter in advertising. Developing concepts, creative strategies, hundreds of commercials and a variety of mostly graphical products, among which a great many (board) games.

I enjoyed my first international board game hit when I was 26. The step to create mainly TV-formats (end of 90’s) was a relatively easy one. Why? Because the advertising business really is a crash course for format developers. You learn to think fast, quickly shifting gears and topics. Today the introduction of a new car. Tomorrow a commercial on sanitary napkins. Advertising teaches you verbal qualities (copywriting), visual qualities (illustration, art direction, photography) and pitch qualities.

Originality is, as I said, something not so much part of our culture within the TV format industry. Make sure you have a clear and original pitch and that’s when you turn your format from something you want to sell – into something they want to buy.

– Can you tell us about anything new coming up from the priceless pen of Dick de Rijk?
Good timing, I can! It’s called You Deserve It. A new hybrid of a studio-based game show and some fascinating reality on location. Arrogant as we are, we pitched it first to the big four in the US before anywhere else – and after a true bidding war – we sold it to ABC. Waow! The perfect home for this new kind of family show. I honestly think the time of anonymous contestants winning huge amounts of money might be a bit over. Each episode of You Deserve It therefore brings a story to the viewer. And what a story! With the slogan “It’s Better to Give Than to Receive” this could very well introduce a new game show genre, which has ABC written all over it!

– What makes this show so special for ABC to buy it from abroad without any track record of ratings elsewhere? That’s pretty special, right?
Very much so. I think ABC has so much confidence in this show because You Deserve It is the first game show where a contestant is not playing for himself… but for someone else, someone very much deserving it and in great need of a lucky break, a slice of fortune.

Contestants have to recommend the beneficiary for whom they want to play in order to potentially win a life changing amount of money for that special person.

The beneficiary however does not have the faintest idea about what’s going on, until we surprise this person on location in an eye-watering finale. To achieve all that, the contestant has to go through a nail-biting and totally addictive gameplay. We’re right in the middle of a pilot production in Los Angeles. Countries are lining up to buy it. We started at NATPE. At MIPTV we will launch this show big time, together with another new show. I will not tell you anything about that one, but it should be ranked in the category “real spectacular”. We will have a stunning promo to prove it. Yes, I’m still enjoying what I do!

This and more in the MIPFormats Preview magazine, online here! (email required)

Deal or No Deal formats interview