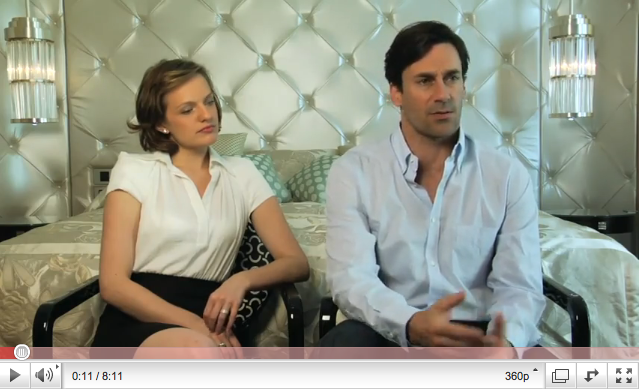 In this exclusive interview, the actors behind small-screen icons Don Draper & Peggy Olson discuss the show’s appeal; whether times really have changed that much since the “good old days” depicted in the series; and Mad Men’s ‘arthouse’ stance vs. action-packed series like 24. Mad Men was brought to MIPCOM by Lionsgate. Interview filmed in the Prestige Suite of the Martinez Hotel, Cannes.