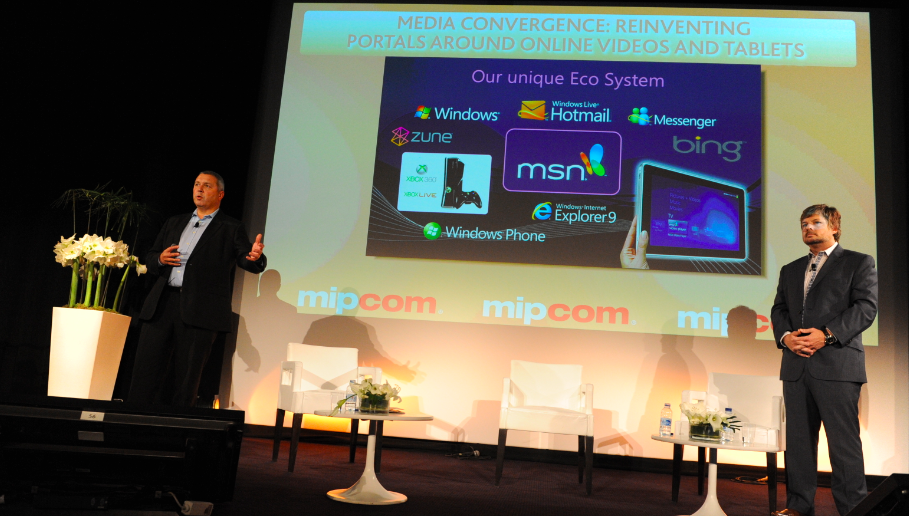 They announced the debut of a new video player, which will ultimately integrate with the new MSN homepage (unrolling now, ever so slowly). Built on Microsoft’s Flash alternative Silverlight, the video player will let users toggle back and forth between video and other engageable content in an interface that resembles iTunes CoverFlow. You can share or recommend a video from right inside the player.

In a Q&A section moderated by commentator Kate Bulkley, the MSN folks said ad-funded content is a priority right now, although they’re “very clear that we’re not creating tons of our own content.” The important thing is having an “efficient team” and “the right partners,” the measure of which is determined by what said partners can provide.

In terms of pitches, it seeks mostly infotainment for the news, entertainment and lifestyle sections, in particular a lifestyle show for adult women that could play 2-3 times a week. They expressed their eagerness in being part of the growing importance of video.

No direct answer was given on what the revenue split is between itself and content providers (it depends, they said). And curiously, when an audience member asked what Microsoft constituted as a (video) view, neither panelist appeared to understand the significance of the question.

It had to be repeated, with some degree of clarity: when do you count a video view? When a user is 50% through the video? When they’ve seen the first pixel? Moore and Sutton admitted they did not know, and called out into the audience for a colleague mysteriously dubbed “Nico,” who did not appear to be present.

“It looks like you’ll have to talk to ‘Nico’ after this,” moderator Bulkley mused to the person who originally posed the question.

MSN’s suite of content is available in 27 different languages currently, including content and video offerings tailored for each territory. Moore & Sutton invited audience members to pitch to them directly.