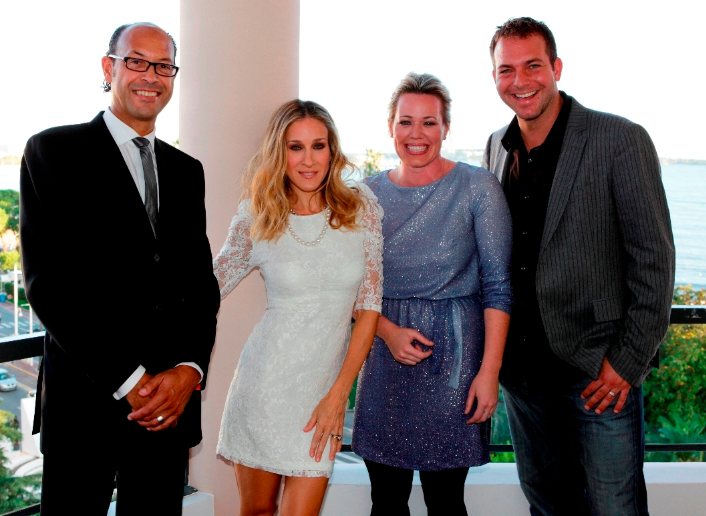 The "Sex and the City" star flew in to promote a new show which looks for "The Next Great Artist".
By James Martin on October 6, 2010 0 Comments

Sarah Jessica Parker was in Cannes today for the MIPCOM launch of US hit series Work of Art: The Next Great Artist. The show, which ‘SJP’ executive produces, is a 10 x 1 hour series in which fourteen budding contemporary artists compete for the honour of holdin their own exhibition at the prestigious Brooklyn Museum; plus a generous cash prize. Alison Benson, who has also worked with Jessica Parker on Pretty Matches, was also in Cannes for an exclusive screening with international buyers.

Jessica Parker said “I’m thrilled that Work of Art now has the opportunity to expand to a global audience, with hopes that it will engage, entertain and inspire the viewer through the discovery of a new generation of international artists.”

This and more in the MIPCOM daily News, now online!