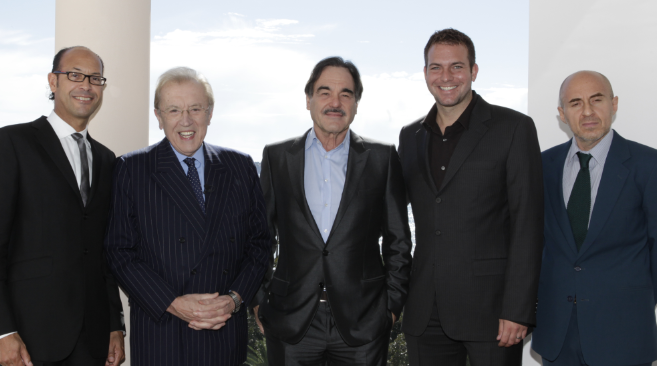 Oliver Stone was In Cannes yesterday at the FremantleMedia Enterprises (FME) stand to introduce his latest production to international buyers, with an interview by Sir David Frost. The 10-part TV series, called The Untold History of the United States, was produced for Showtime. It revisits some of the historical dramas that have played inspired some of Stone’s biggest movies, and will attempt to offer new insight into events that shaped the Cold War and the America of today.

This & more in the MIPCOM daily News, online here!