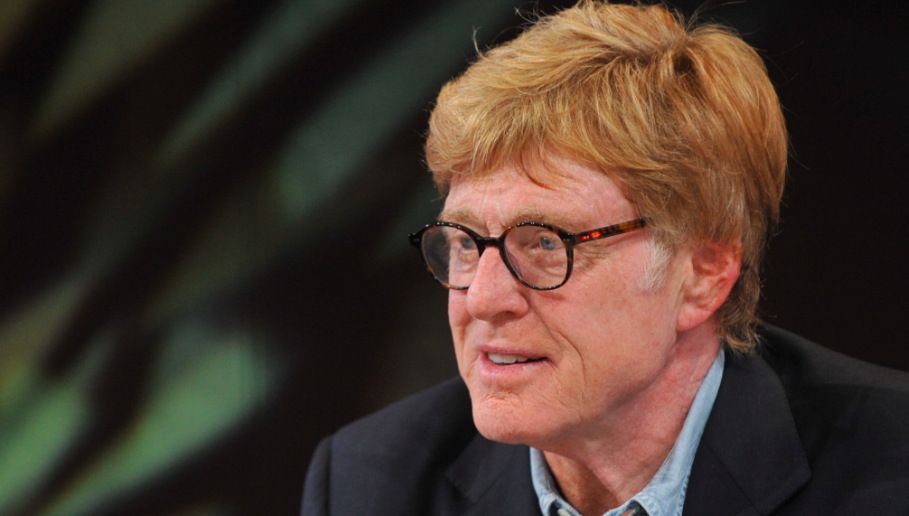 In which the filmstar discusses Sundance Channel, Butch & Sundance, Cannes and more!
By James Martin on October 6, 2010 0 Comments

Robert Redford – pictured here at today’s MIPCOM press conference – spoke exclusively to Julian Newby about sleeping on the beach outside the Carlton, how he didn’t like Butch Cassidy and & the Sundance Kid when he first saw it, and how he came up with the idea for Sundance Channel.

When Redford first came to Cannes, life wasn’t quite so good as it is today. “I was an artist, hitch-hiking to Italy when I was about 18, 19 years old, and I didn’t have a dime and so I slept under a pier,” he said, pointing down at the beach from his suite in the Carlton hotel. “I remember looking up at the Carlton and thinking, ‘Wow! I wonder what goes on in there?’ I just imagined people in tuxedos and thought, ‘Jesus, what’s that like?’.”

Redford said he started small and continues to think small. “I made a lot of little movies in the Sixties, a few with Sydney Pollack. And I was doing theatre too. The big stuff — Butch Cassidy And The Sundance Kid, The Sting, The Great Gatsby — that all came quite a bit later. And there was no plan for that.”

On the subject of Butch Cassidy, the most successful Western ever when it opened back in 1969, Redford said he didn’t particularly like the movie when he first saw the final cut. “I said to them, ‘What’s this music? Why is there a song in there about raindrops when it’s not even raining?’”

Some 44 years later, however, and the film has served him very well, particularly the name of his character, Sundance, today one of the best-known entertainment brands in the world. “That always sounds weird to me that word ‘brand’. It still makes me think of those hot irons they use to burn marks on cattle.”

But a brand it is, a mark of innovation and independence that spans the Sundance Institute, Sundance Festival and most recently, Sundance Channel, whose international expansion Redford is spearheading at MIPCOM this week.

Sundance was born out of a reaction to the shift in Hollywood towards the youth market. Redford said that his hit movies were funding the smaller movies that he loved to make, but that the money slowly disappeared for those after this switch of emphasis. “Once video and cable came, it all happened quite quickly. And then came computers, and with them came special effects, and Hollywood was following the youth market, which was where the money was. And my concern was that they were going to leave behind the more humanistic films that they used to produce along with the big ones. So I committed my energies to try and keep that alive because I felt there should always be room for independent work. And if you shut that down and just create a formula then you’d be shutting down fresh new material for artists and audiences.” So Sundance was born, first through the Sundance Labs, which gave opportunities for new film-makers with new ideas. Then those films had to be seen, so the Sundance Festival was born. “Then at least the film-makers would have somewhere to come and see their own work and that of other people.”

In 1994 Redford felt that the Festival was becoming “out of control”, and he was concerned that it would drown out what Sundance was supposed to be about. “So what I thought was, how can we take this thing which is working, but which is only for 10 days in the middle of winter, to being something that works all year round? And that’s when the idea of the Sundance Channel came along, and that’s when I stepped into the corporate world because before that, we were not for profit.”

Originally part-owned by Viacom, the Channel was taken over two years ago by Rainbow media and that is when the global expansion, that Redford is here to continue, began. It was announced yesterday that the channel is launching on France’s SFR, the Netherlands’ Caiway and South Korea’s KT, formerly Korea Telecom. Rainbow Media introduced Sundance Channel in France and Belgium last year, and since then, the channel has also launched in Singapore, South Korea and Poland.

“So each step along the way, if an opportunity came to move the thing along, we would take it,” he said. “But I would never go somewhere just to be bigger. Bigger’s not always better. I think it’s about quality, and whether you have the right thing at the right time.”

So what’s it like sleeping inside the Carlton, instead of outside?

“You can imagine the irony. I’m now standing here and looking down — it’s pretty amazing.”