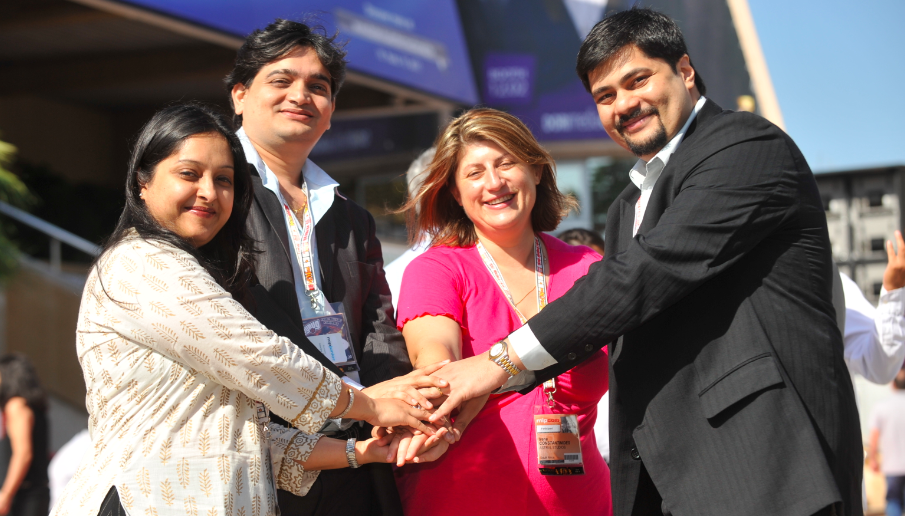 Deal, worth $35M, lauded as first co-production between India and South Africa.
By Angela Natividad on October 7, 2010 0 Comments

This week South African production house Astral Studios, which specialises in 3D animation, has formed a co-production liaison with Indian production house and distributor Shemaroo. The pair, who met this weekend at MIPJunior, will work in tandem on the development of 3D feature Fruit Salad, an extension of the Indian animated TV series targeted to 3-4-year-olds.

The deal is worth an estimated US$35 million, according to VP-animation Smita Maroo of Shemaroo, who claims it as the first formal coproduction deal uniting the Indian and South African markets.

Executive Producer Irene Constantinides of Astral Studios recounted meeting Maroo at MIPJunior earlier this week. The pair got to talking about 3D animation, the company’s speciality, and a subject in which Shemaroo manifests aggressive interest.

“We are very interested in bringing South African content to India,” said Maroo, who hastened to add, “Also, the South African market is huge” – making it a clear growth opportunity for Shemaroo’s own material.

Astral Studios has been in the production business for twenty years. One of its biggest points of leverage are the financial incentives that the Department of Trade and Industry’s film commission offers to South African production houses. Coproductions of at least US$310,000 also receive special rebates.

Shemaroo is a 40-year-old production and distribution firm that is considered among the foremost in original content creation for Indian family programming. Its feature production Balgaresh, well-received in India, recently penetrated Thailand and has won the company accolades for animation quality.

This year’s MIPCOM is Astral Studios’ first, but Maroo says she’s manned a stand at the show for the past five years. Shemaroo director Jai Maroo added, “We have not closed a lot of production deals in the past, but we’ve made many buying and distribution deals here.”

However, that may just be a reflection of change in market demand. Following the economic crisis, coproduction has been marketed as a chance for producers to finance projects without necessarily compromising quality. Pillars of the Earth co-producer Rola Bauer of Tandem, for example, emphasised its benefits in a coproduction masterclass on Monday.

Constantinides also says she’s negotiating potential three-way deals with other countries, too, including those in the Middle East and parts of Asia.

Asked what benefits their liaison would yield to other markets, the pair laughingly cited exchange rate, the quality of animation, work force, and economics of scale while maintaining high standards of quality.