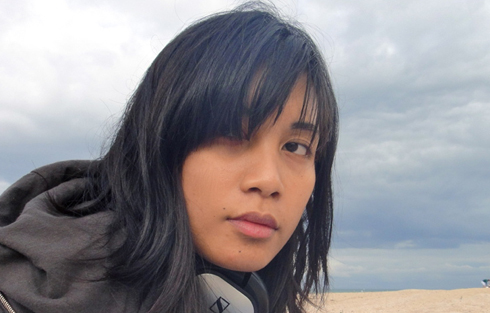 MIPCOM Teaser: Everything I Can’t Wait to Experience at MIPCOM

Given the chance to descend on the indulgent city of Cannes, few would refuse. There’s plenty to look forward to, but here’s a glimpse.

The Pillars of the Earth masterclass, Monday Oct 4. Follett’s cathedral-focused classic was one of my favourite books as a kid. Here, executives involved in the production of the mini-series will outline the concept-to-distribution process of making this idea a (tele-)reality – including production strategies and unique financial models (all other industries, take note!).

The Producers Forum. Wherein a slew of conferences and matchmaking events teach producers how to fund projects, manage international clientèle and cover the gamut of new production tactics. Topics include successful formats, production incentives in France (it’s a different world)  and … wait for it! … transmedia content show & tell.

World premiere TV screenings for Mad Men and Running Wilde – but mostly for the former, because I’d like to be Betty when I grow up. Screenings include an unaired episode from the 4th season of Lionsgate’s Mad Men, plus the premiere of romantic comedy Running Wilde, also by Lionsgate, meaning it’ll be good (or twisted, at least). I don’t know much about this show, but Will Arnett’s in it playing a character much like his GOB character from Arrested Development, so it sounds like a winner already.

The VIP Branded Entertainment Summit. I swear I’m excited about this. Consider why: it’s an invitation-only think tank for senior executives. That means you get to watch very important people play group ice-breaking and creativity games. Classic laughs are sure to ensue, plus peer pressure and competitive spirit is the best atmosphere for seeing how a thinker really thinks.

The STARS! This year’s MIPCOM includes cameos from Mad Men’s John Slattery, Elisabeth Moss, and Jon Hamm (!!!). You thought they were hot in HD? Your eyeballs might melt when they’re all 3D and breathing on your armhair. The Walking Dead cast will be wandering around too, just generally freaking people out; as will Robert Redford, for the one-year anniversary of the Sundance Channel in France and Belgium; Gene Simmons of KISS (he’s promoting Family Jewels, which sadly means he won’t be in full leathery regalia); and a passel of Power Rangers. Power Rangers may not seem much of a celebrity treat, but a foot away from their spandex wondersuits might have me thinking differently. They have often saved the world, after all.

Catch you guys there. And remember: if it’s your first time, hold down 0 on your phone to make the ( + ) before international numbers. (You’ll be doing a lot of drive-by texting, and explaining this grows tiresome.)