Content goes global as further business get underway at MIPTV.
By Julian Newby on April 5, 2022 0 Comments

PRIME Entertainment Group, the French producer and distributor, has inked a deal with Netflix for Prime’s latest WW2 documentary The Trial Of Adolf Eichmann, and the internationally acclaimed historical documentary series Einsatzgruppen: The Nazi Death Squads. 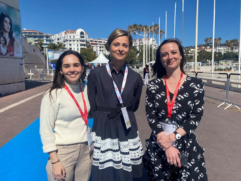 Netflix and Prime have been working together since 2014 securing a range of high-profile package deals, including Prime’s best seller Hollywood’s Best Film Directors.

The high ratings and overall success of Einsatzgruppen: The Nazi Death Squads are by virtue of a series of rare interviews of survivors and unique archival footage, making the documentary series “a unique and touching piece of untold history which is highly appealing to an international audience”, according to Prime.

The Trial Of Adolf Eichmann features never-before-seen footage and exposes the extent of atrocities across the Nazi regime.

MINISERIES Isabel by Megamedia Chile, distributed internationally by Mega Global Entertainment, has sold to more than 30 territories, including a deal for Latin American with Amazon, alongside new deals being struck at MIPTV this week for Europe and the Middle East. The drama series from director Rodrigo Bazaes, which covers a key period in the life of renowned author Isabel Allende, has been nominated in the categories of Best Miniseries and Best Female Performance in a Miniseries in the IX Edition of the Ibero-American Film and Audiovisual Platino Awards. 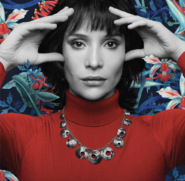 “As partners and distributors of the Megamedia Chile catalogue, we are so proud of the international success that Isabel has had. Not only because it portrays one of the most decisive stages in the life of Isabel Allende, who — in addition to being one of the most widely read Hispanic authors in the world — is a mother, and an activist with a backstory that connects with the audience for its depth and humanity,” co-founder and CEO of MGE, Esperanza Garay, said.

Isabel Miquel, executive producer of the miniseries, said: “The fact that Isabel has been nominated for the 2022 Platino Awards is the best possible news. It is an excellent production filled with remarkable performances, and the international recognition confirms our belief in the show. Isabel is also a mark of our commitment to deliver relevant stories to our global audience.”

BETA has closed deals across Europe and beyond for the Spanish Movistar Plus+ originals You Shall Not Lie and La Fortuna. Both series have been sold to Italy’s RAI and to HBO for its platform HBO Max for Eastern Europe, Benelux, the Nordics, Netherlands and Portugal, among others. La Fortuna, by director Alejandro Amenábar and You Shall Not Lie, by The Red Band Society co-creator Pau Freixas, have achieved good ratings on Spain’s Movistar Plus+.

In addition, You Shall Not Lie, which stars The Pier’s Irene Arcos, was sold to RTL Deutschland for Germany, where it will premiere on streaming platform RTL+ imminently. In France, the drama has been picked up by M6 with an exclusive window for its SVOD platform SALTO; Antenna TV secured rights for Greece and Cyprus, as well as Blue TV for Turkey.

You Shall Not Lie is a six-part thriller produced by Movistar Plus+ with Filmax. Set in upscale, coastal Belmonte, the story circles around a high-school teacher, whose life falls apart when a video, showing her and one of her students in a compromising situation, goes viral. 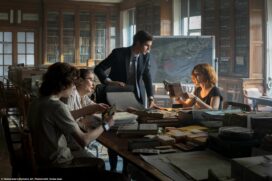 La Fortuna, the first-ever TV series by Amenábar, stars Stanley Tucci. The series was picked up by Sky Deutschland for Germany, SBS for Australia and AMC secured rights for Portugal. Fox, The Walt Disney Company digital service, will stream in Belgium, Luxembourg and the Netherlands before the series lands on Disney+. Beta also struck deals with Nova for Greece and Cyprus, Blue TV for Turkey and Shahid for the Middle Eastern territories, among others. La Fortuna, produced by Movistar Plus+ with AMC Studios and in collaboration with MOD Pictures, is inspired by the true events and follows the rookie diplomat Alex and free-spirited archival clerk Lucia, who form a highly unlikely team to recover the biggest sunken treasure in history from a modern-day pirate.

Beta Film is handling world sales for both shows.

Hero Dogs searching for a home in Cannes

LIMONERO Films, an independent boutique distributor of factual programming based in London and Barcelona, brings its latest project to MIPTV, a co-production with South African producer Grays Matter. Hero Dogs (13 x 30 mins) follows a group of animals and their handlers, fighting animal poaching in South Africa. This series applauds their efforts in conservation, and the brilliant people, teams and approaches involved in this heroic fight.

Pamela Martínez, Limonero Films’ managing director, said: ‘We are at MIPTV looking for a brave broadcaster who could give these pups their time in the limelight. Grays Matter are uniquely positioned to tell this story due to their expertise filming in the bush, and their privileged access, and we want to help them to get it to an international audience.” 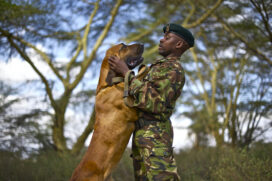 Samantha Gray, director of Grays Matter Films, said: “Pamela and her team are as invested in the exciting, novel and dynamic world of dogs working in conservation to save the most trafficked animals on the planet, as we are. We believe dogs are the most altruistic heroes and are the game changers in the relentless fight against poaching.”

Grays Matter produced 13-part series A Dog For Life for Netflix, a reality show that follows the incredible journey of abandoned dogs who find their forever homes in and around Cape Town.

Abacus sells Hitler doc to Australia and the UK

ABACUS Media Rights (AMR) has acquired the rights to Odyssey Television documentary Could Hitler Have Been Stopped? The Politics Of Appeasement. In its first move after picking up the two-part series, AMR sold it to SBS Australia and ViacomCBS-owned broadcaster Channel 5 in the UK – which will air the first part on 5Select. 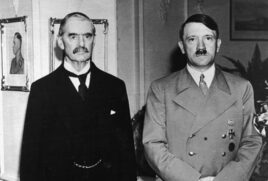 Could Hitler Have Been Stopped? The Politics Of Appeasement (AMR)

The documentary analyses whether Hitler could have been stopped and at what stage. It also explores the policy of appeasement and asks, controversially, whether the war needed to have been fought at all. The film also highlights the little-known fact that the Chinese lost between 10 and 15 million people during the Second World War and contributed to the defeat of Japan.

Odyssey Television’s Adrian Munsey, said: “The programme and the analysis within it, seems even more relevant and topical since the Russian invasion of the Ukraine, which so powerfully mirrors the extraordinary events in this film.”

CREATED in 1982 by Pierre-André Rochat, Daro Film Distribution, a true MIPTV veteran, has grown to represent more than 100 production companies from around the world. This year marks Daro’s 40th anniversary, and it is at MIPTV to showcase its catalogue of more than 5,000 hours, ranging from blockbuster theatrical films and action series, to TV movies, cartoons and documentaries.

Rochat remembers his first deal clearly: “I made it in early 1983, a year after the company was founded. This really put Daro on the map and meant I could start paying guarantees. It was for the rights to a concert show,” Rochat said. “Another big moment was getting the rights to the Star Wars movies from Lucasfilm in the early 1990s. It was for a number of key European territories and I distinctly remember a lot of buyers didn’t even believe that I actually had these rights and would call up Lucasfilm to check.”

The company’s first ever co-production was for a creature feature called Ice Road Terror. “Since then, we’ve gone on to do 200+ co-produtions, although we now focus more on Hallmark/Lifetime-style content,” he added.

One of Rochat’s favourite Cannes stories involves party in a private residence “that got rather out of control and ended up with a number of important British TV industry figures setting each other’s clothes on fire. Sounds dramatic but no-one was harmed, apart from a few hangovers the next morning.”

Rochat has sound advice for companies on how to negotiate today’s turbulent market: “The most important strategy in dealing with whatever comes next in the industry has always been to maintain close relationships with the buyers. They are the ones that will tell you what is around the corner so that you can prepare yourself accordingly. Markets such as MIPTV are also extremely important for the same reason — there’s no substitute for sitting face-to-face around a table with people and learning about new trends/technologies,” he said.