Factual TV show to watch : How I Caught The Killer

From scripted adaptations like the factual TV show to watch Pembrokeshire Murders to long-running franchises such as Forensic Files, true crime has shown it can sit equally comfortably in free to air primetime and thematic pay TV. It’s the kind of genre that can either elevate schedules – or provide endlessly repeatable series that anchor channels for years…

In recent years, Netflix has seized the initiative in true crime, churning out dozens of well-crafted limited series including Night Stalker, The Ripper and Don’t F**k With Cats. But it would be a mistake to think the streaming platform has a monopoly in this fast-growing genre.

Genesis of How I Caught The Killer

One of the leading producers in the true crime genre is UK-based Woodcut Media, part of the Anthology Group. Among its key titles are Murder at My Door with Kym Marsh, The Beverley Allitt Tapes, The Killer in My Family, Jo Frost on Killer Kids, Most Evil Killers, The Krays: The Prison Years and How I Caught the Killer. The latter show is currently in production on series three for Sky Crime, which means by the end of the year there will be a healthy 30 episodes.

“the initial conversations about How I Caught The Killer came in 2018 after the success of another of our shows for Sky: Britain’s Most Evil Killers. Sky wanted a strong true crime brand that was focused on the investigation – not the murderer. Instead of getting into the psyche of the killer, the idea was to get a senior investigator to take the audience through every step – the accumulation of clues, input from experts and so on… all the way through to conviction.” 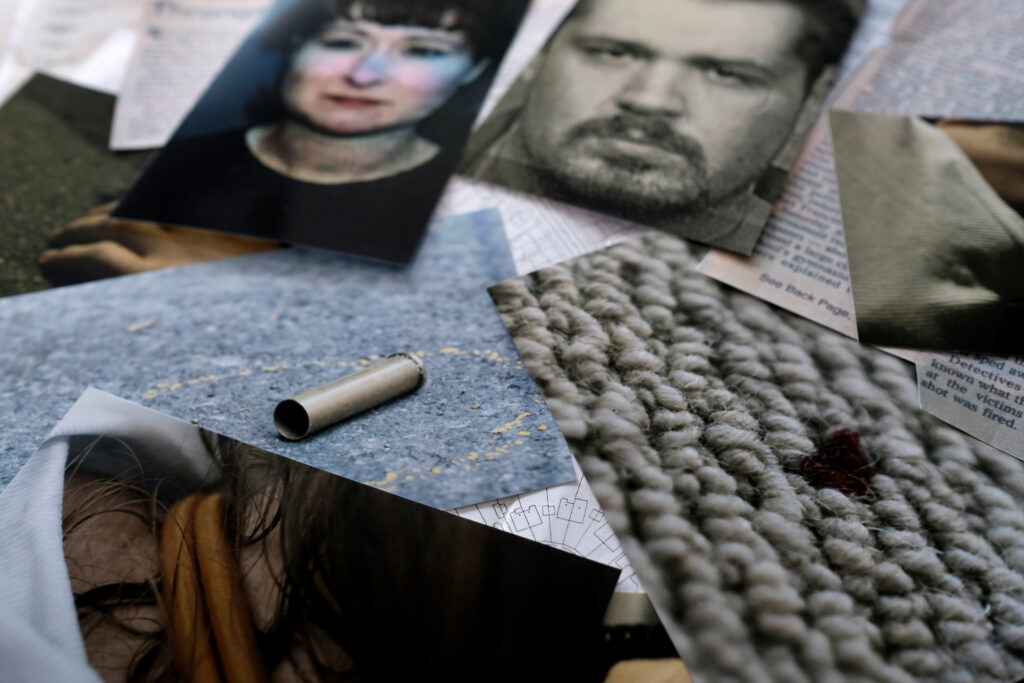 How I Caught the Killer – season two. (Photo: Woodcut International)

The first season was commissioned by Sky-owned channel Pick, with distributor TCB Media providing deficit finance. But in the fast-moving world of TV, the core elements of the production and broadcasting soon changed.

“Sky was refreshing its channel line-up, so the first run of the show actually aired on Sky’s new true-crime channel Sky Crime, which launched in 2019 (a replacement for Real Lives),” Anastasi says. “At the same time, TCB Media was going through a change of ownership which eventually led to it becoming part of Beyond International.”

The practical implications of these changes all became clear when Sky decided to renew the series.

“Season one performed very well, so Sky Crime was keen to renew,” Anastasi says. “The timing wasn’t right for TCB Media, so we took on the job of raising finance within Woodcut. We were just in the process of launching our own distribution arm Woodcut International, and it was Woodcut’s presales activity that completed the budget for the second season.”

Despite the changes, the show has benefited from having a consistent presence on both the production and the channel side.

“On Woodcut’s side, Matt Gordon and our CEO Kate Beal have been executive producing the show since the very beginning,” Anastasi says. “As for Sky, scheduling controller Emily-Jayne Wilde has also been an ever-present almost since the start. We also benefit from having production talent that really understands what Woodcut and Sky Crime are looking for. For example, one of the series producers on the second season is Katie McDougall, who also series-produced The Beverley Allitt Tapes for Sky Crime. We have a kind of crime unit that really understands this genre.”

Structure of the show

In terms of the structure of the show, each one-hour episode focuses on a specific investigation. There is an overarching narration by presenter Rav Wilding, an ex-policeman, but the main job of storytelling falls to the detectives who led the process.

“This is intercut with expert interviews, dramatic sequences, close reviews of the evidence and any relevant footage from bodycams, CCTV, courtrooms etc,” Anastasi says. “Usually, we’re dealing with one key investigator per episode. But in some cases a story will spread across more than one jurisdiction – perhaps a cold case or a serial killer who moves around. So then our producers could be working with multiple teams.”

“because we’ve built up a track record and level of trust,” Anastasi says. “Often they really open up, so we get to see the toll this work takes on their own lives.” Perhaps more challenging is making sure anyone touched by the production gets the level of support and safeguarding they need. “This works in various ways. Production staff, for example, are exposed to some very disturbing materials that may not make it as far as the final show. They need to be supported through this process, and we make sure that they get the counselling they need and are switched between different kinds of productions regularly. Then there’s the family of the victims. It’s incredibly important to us that we handle these subjects sensitively – because you’re dealing with real people’s lives.”

Currently around half the cases are sourced from the UK and half from the US. Season two, for example, featured The Suitcase Murder – which saw New Jersey nurse Melanie McGuire drug, shoot and dismember her husband before dumping his remains in a set of suitcases. Series two of Body In The Ditch saw a 24-strong investigation team solve the murder of Julie Clayton, an Australian killed while working in the UK.

As the franchise develops, the geographic range could be extended, “though that decision would ultimately be for the broadcasters that finance the show,” Anastasi says. “The existing partners might express an interest in widening the net, or we could involve a new funding partner.”

Aside from Sky Crime in the UK, the show has sold into a wide range of territories.

“Season two of How I Caught The Killer launched around virtual Mipcom 2020 which generated a great response – and since then it has just gone from strength to strength. Key partners include Sky in Germany, A+E’s Crime & Investigation Network in Italy and True Crime Network in the US (previously Justice Network),” Anastasi says. “We’ve also sold the show into Australia, New Zealand and Africa.”

A former channel A+E channel director and commissioning editor herself, Anastasi says the show is capable of working across a range of channel profiles:

“It’s a very versatile show that appeals to a broad audience and does well in terms of repeatability and as an on-demand choice. It also has a strong brand that helps it stand out on electronic programme guides.”

The story of the show’s funding history means that season one is distributed by Beyond International while the later seasons are with Woodcut International –of which Anastasi is commercial director.

“Beyond has done a brilliant job with season one – and that really helped provided the foundation for season two,” she says. “The job for us now is to keep building How I Caught The Killer into a franchise – extending the number of seasons, growing into new territories and exploring any spin-off potential around the show’s investigators.”

Factual TV show to watch : How I Caught The Killer/ Credits