While the pandemic has caused disruption to production in all genres, trends in TV in 2021 will include formats, reality and factual enjoying some growth in investment.
By Andy Fry on February 8, 2021 0 Comments

Covid-19 disruption to drama production has been well documented. But the pandemic has also caused problems for factual and entertainment producers. Natural history filmmakers, for example, have found it difficult to travel to exotic locations while some talent shows have struggled to come up with socially distanced concepts that allow them to continue. There are also challenges with reality TV which, by its very nature, relies on spontaneous interaction between strangers. Flagship entertainment franchises have suffered too, with the UK’s ITV forced to cancel Love Island and relocate I’m A Celebrity Get Me Out Of Here from the jungle in Australia to a castle in Wales.

But there have been some positives for the factual and entertainment genres. There has been a significant increase in investment from, for example, Netflix, Discovery+, YouTube, Vice and Sky – all of which see non-scripted as an important alternative to scripted. At the same time, recent TV trends have seen many buyers around the world seeking out non-scripted shows to compensate for problems with the scripted pipeline – taking advantage of the fact it is easier to produce than drama, relatively cost-effective and skews towards volume.

With more time to view, audiences are seeking engaging, non-scripted content which intrigues and piques their interest across a multitude of subjects – Nicky Davies Williams, CEO DCD Rights

Coming into 2021, for example, Nicky Davies Williams, CEO at boutique distributor DCD Rights, reported strong interest in titles like A World Without NASA, Phantom Signals and Disasters Engineered. “We are definitely seeing an upswing in acquisitions of our factual and factual entertainment series from a wide group of international platforms and broadcasters,” she said. “With more time to view, audiences are seeking engaging, non-scripted content which intrigues and piques their interest across a multitude of subjects”.

Looking ahead to 2021 TV Trends, here are a number of television trends that are emerging in non-scripted programming…

Co-viewing formats will be in demand

Co-viewing has always been the Holy Grail for channels and platforms. But shows with cross-generational appeal are even more in demand now that so many people are required to stay home. Entertainment franchises like The Masked Singer work perfectly currently – because the content is appropriate for all age groups and can provide some escapism from the reality of the pandemic. Unfortunately, a lot of the classic co-viewing genres such as live sport, talent shows and soaps have been hit by delays and cancellations – so this means buyers are in need of alternatives. One show that has benefited is The Generation Show, sold by NENT Studios UK to Dong Tay Promotion for production in Vietnam. Originally created by De TV Makers for VRT in Belgium, The Generation Show has already been produced in France and Argentina. With Covid-19 likely to cast a long shadow over 2021, expect similar shows to be in demand.

Buyers will compete for international versions of hit shows

Covid-19 has accelerated numerous industry trends – one of which is the desire among buyers to license additional international versions of popular non-scripted shows. A recent case in point is the decision by Lifetime US and Channel 4 UK to acquire the Australian version of Married At First Sight from Munich, London and LA-based Red Arrow Studios International. Tim Gerhartz, SVP Global Sales at Red Arrow says the deals “are testament to the format’s power as a channel-defining brand, as broadcasters with local productions, including Lifetime and Channel 4 look to maximise its value through ­­­tape acquisitions and spin-offs.” The marketability of international tape versions has been an emerging trend for a few years, but has become even more important now that audiences have so many hours to fill. With new AVOD streaming platforms also hungry for high volumes of familiar entertainment content, the value of such shows will only escalate going forwards.  No wonder Abacus Media Rights was so pleased to secure the international distribution rights for the finished tape version of recent ratings juggernaut The Masked Singer UK. 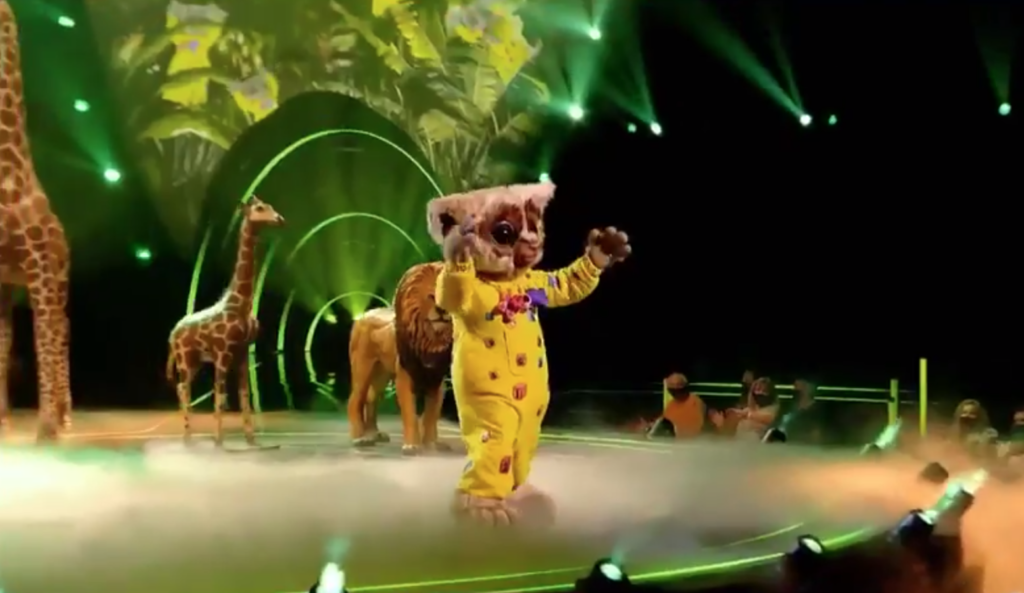 Vivid colours will brighten up our screens

Maybe it’s because audiences have been stuck inside for too long, or maybe it’s a by-product of the rollout of high-resolution 4K sets. But recent TV trends show that there has been a run of non-scripted shows that seem designed to accentuate bright colours and intricate design. The Masked Singer, Lego Masters, Bake Off and The Big Flower Fight each, in their own way, underscore this TV trend – and have all proved popular with audiences. Pooch Perfect, an Australian-originated format that has been snapped up by ABC in the US and the BBC in the UK, has something of the same vibrancy to it. Eccentric but warm, it provides an antidote to the prevailing gloom hanging over audiences’ heads. 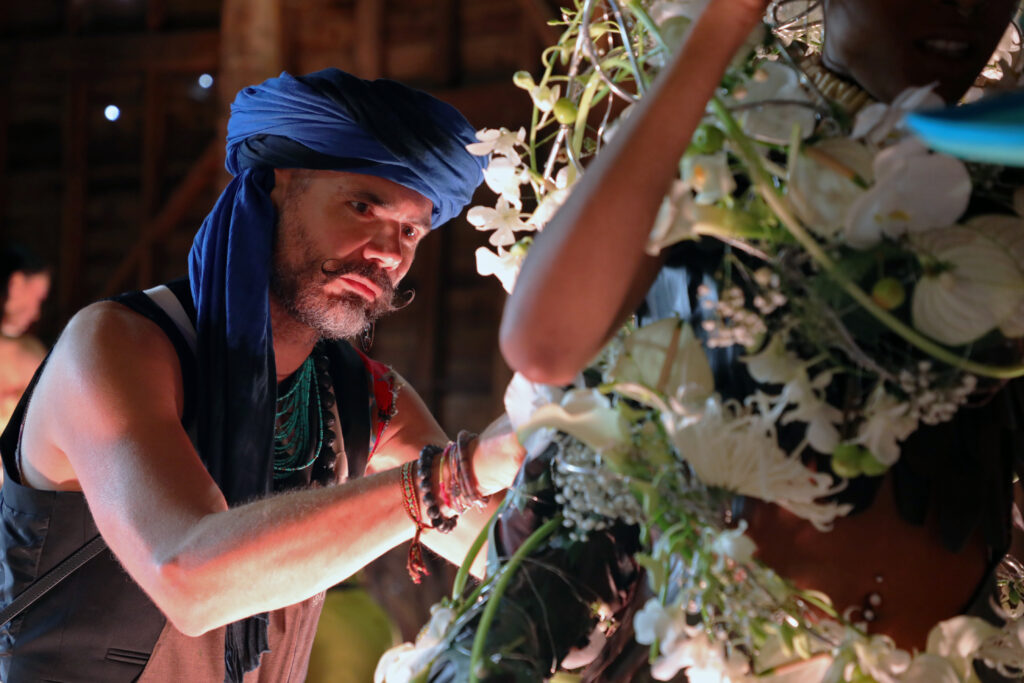 The fact that so many people have had to stay at home in 2020 has given rise to a wave of righteous anger when other people seem to be bending the rules. In this environment, social media influencers sunning themselves in Dubai and Rita Ora throwing rule-bending parties come out in a bad light compared to the heroics of recently-deceased UK war veteran Captain Tom Moore. While it certainly isn’t the end of the road for hedonistic formats like Love Island and Too Hot To Handle, expect to see a little more sobriety in 2021. The year 2020 gave an indication of where this trend might go, with Zac Efron and wellness expert Darin Plien combining for reality series Down To Earth with Zac Efron. Available on Netflix, the two go globe-trekking in search of healthy, sustainable ways to live. However 2021 TV trends will see more shows focusing on subjects that don’t require much or any international travel. 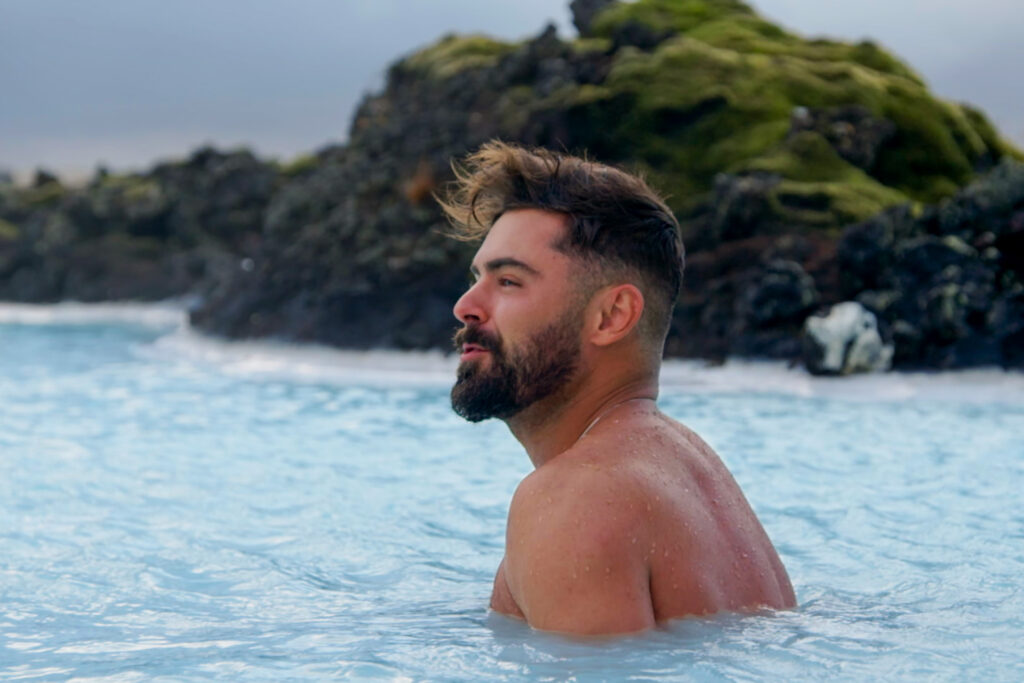 Down To Earth with Zac Efron

Unable to go on holiday or enjoy all the pleasures of big cities, it’s no surprise that many city-dwellers are thinking of moving out of urban areas. Shows likely to experience a boost from this shifting social mindset include Escape To The Country, Escape To The Chateau, Farmer Wants A Wife and Finland- and UK-based Rabbit Formats’ series City vs Country – and expect a few more originals to tap into this desire for a life makeover. For some people, however, the pandemic is more likely to trigger a desire to build a bunker in the woods than buy a pile in the countryside. The success of History Channel’s Alone in 2020 suggests one current TV trend sees  survivalist content as more relatable than ever. 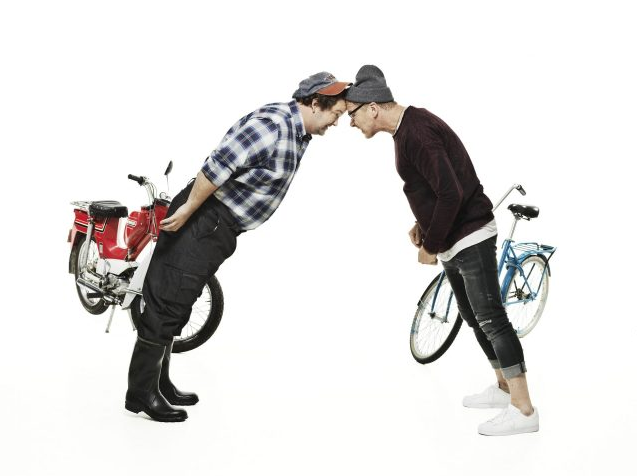 Pandemic will move beyond news and current affairs slots

Every major media outlet has been monitoring Covid-19 24/7 since it emerged last Spring. In the next phase, there will be more programming that attempts to get under the skin of the subject. In scripted TV, there are projects like Fremantle’s This Sceptred Isle, which will see Kenneth Branagh play UK Prime Minister Boris Johnson. But the heavy lifting is likely to be done by factual. Projects in the works include an HBO US documentary that will investigate the pandemic from its outbreak in Wuhan through its spread across the US. The History Channel Asia is also working on a project called COVID vs The World, which will explore how scientists and doctors are working around the clock to combat the micro-pathogen. Alongside the hows and whys of Covid-19, there are also series that focus on frontline workers. HBO Europe has commissioned a three-part documentary set in a Barcelona hospital while Channel 4’s coverage of the crisis has included Surviving Covid and Paramedics: Britain’s Lifesavers. Another interesting take is The 100: Waiting For An Organ Donor, from Newen Distribution, which follows the journeys of 100 patients waiting for an organ or tissue transplant. Also a part of this current TV trend is Chinese filmmaker Nanfu Wang production In The Same Breath. 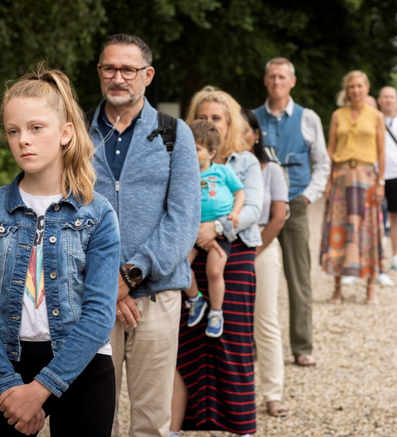 Audiences are used to films and scripted series declaring that they are based on true stories. But a relatively new TV trend sees examples of factual series following in the wake of fictionalised accounts. In 2021, there are projects that will build on the success of Sky’s acclaimed Chernobyl drama mini-series. Sky itself is airing Chernobyl 86, a documentary which includes unseen footage of the clean up operation after the nuclear accident. ViacomCBS-owned Channel 5 UK, meanwhile, has ordered a feature doc in which British presenter Ben Fogle will spend time in the Chernobyl exclusion zone. This fact/fiction interaction is also evident in serial killer/true crime content: Netflix series Mindhunters possibly created the conditions for The Atlanta Child Murders to be made.

Wildlife programming used to take a relatively dispassionate view of its subject matter, with most filmmakers seeking to emulate the objectivity of war correspondents. That began to change as the genre moved into an era of anthropomorphic series and specials. Now, the genre has reinvented itself as the last line of defence against environmental degradation. The year kicked off with David Attenborough declaring that humanity’s disruption of delicate natural ecosystems is “the most important story of the time” in BBC1’s A Perfect Planet. With politicians and populations understandably distracted by Covid-19, this message will be revisited in Earthshot: How to Save Our Planet. This five-part television series from Bristol, UK-based Silverback Films will focus on five Earthshots – simple but ambitious goals to fix the climate, restore nature, build a waste-free world, clean the air, and revive oceans. 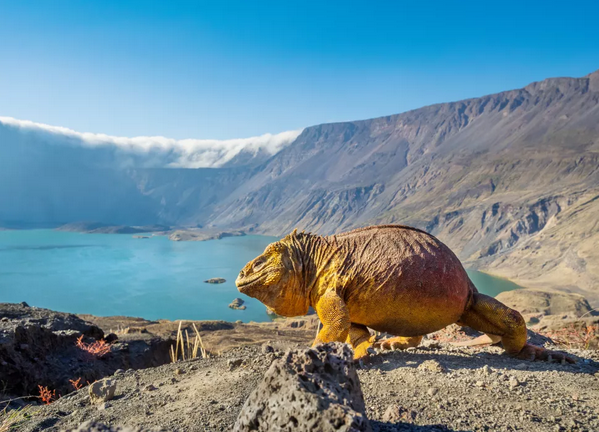 On-demand viewing has dismantled all the traditional rules about what length a TV show should be. The trend towards binging, combined with the ability to pause a show at any juncture, means limited series and shorter episodes have been in vogue. Feature docs are also enjoying a renaissance, since they combine the convenient formats and gripping story-telling that audiences crave. Examples of this TV trend from the year 2020 include Athlete A and Dick Johnson Is Dead on Netflix – but it’s not just the streamers that are interested. UK pubcaster the BBC has greenlit two feature documentaries called Black Power and Subnormal from director Steve McQueen. Red Arrow Studios International, meanwhile, has secured the rights to Framing Britney Spears, which has just debuted on Hulu and FX in the US.