Japanese drama reflects “today’s Japan” and even “the world”

Discover the programmes in the running for the MIPCOM Buyers Award for Japanese Drama, to be revealed October 14, as part of MIPCOM Online+
By Philip Brasor on September 30, 2020 0 Comments

When we want to know about “now,” what do we look for? The answer is drama! That’s because Japanese drama is made of elements that represent the problems and interests of Japanese people themselves.

As one of MIPCOM‘s official events, the MIPCOM Buyers Award for Japanese Drama will be selected from 10 nominees and announced on 13 October this year, as part of MIPCOM Online+.

The event perfectly characterizes the phenomenon mentioned above. Moreover the dramas on display all convey problems and interests that should also appeal to people all over the world.

“Hot Subjects” is the theme!

COVID-19 has totally changed our lives. Lockdowns have happened all over the world, and last spring the Japanese government declared a state of emergency, asking people to stay home except for urgent and exceptional cases.

One Nippon TV drama took this trend as a subject. It is called Double Booking, and is about online dating.

Another topic that has received worldwide attention is harassment. In Harassment Games, TV TOKYO tackled various social harassment problems and tried to show solutions in a drama that takes place in a supermarket.

People are always looking for heroes who can reveal such problems and find solutions to fight against abuse and harassment. One such drama is The Panda Judges the World, which was produced by the Yomiuri Broadcasting Corporation.

MIU 404, from TBS Television, is a drama whose two main characters dedicate their lives to catching criminals with the help of a provisional Japanese police unit charged with solving crimes within a 24-hour period. This drama proves that the detective genre is a good means of addressing the worldwide tendency for reducing work hours.

Even universal subjects are shown from a different point of view!

Suspense dramas are produced all over the world. How can a Japanese drama enliven this trend with a unique Japanese perspective?

The Sun Stands Still – The Eclipse, produced by WOWOW, is a thrilling suspense drama about a popular subject in Japan. It is the story of the selection process for a city to host an international expo and the huge concession associated with the selection.

The Secrets, from Kansai TV, is the story of a single father and his ex-wife who search for their kidnapped daughter. This is a genuine suspense drama based on an original story with lots of characters and plot twists.

TV Asahi Corporation’s Switch merges a legal suspense drama with a love story. The key to this drama is the conversations between a prosecutor and a defense lawyer who used to be lovers. The story line is highly unusual and full of surprises.

A reflection of Japanese tastes

This Guy Is the Biggest Mistake In My Life, from Asahi Television Broadcasting Corporation, is based on a popular Japanese manga that was downloaded more than 35 million times in digital form. It is quite an unusual love story based on the Japanese concept of “tsundere.”

Kyojo, from Fuji Television Network, is a mystery drama involving various human relationships at a police school and is based on a bestselling novel. The very popular and well-known actor, Takuya Kimura, plays the lead role of an unusually cold police instructor. Kimura is popular not only in Japan but also in many other Asian countries.

Awaiting Kirin, from NHK (Japan Broadcasting Corporation), is a historical drama set during Japan’s Warring States period in the 16th century. The story is about Mitsuhide Akechi, the man who killed Nobunaga Oda, one of the most powerful warlords in Japanese history. The idea is to show the human element behind heroes of the Warring States era. It is one of NHK’s annual historical drama series, but this year production had to be temporarily stopped due to the COVID-19 crisis.

The winner will be announced online this year because of COVID-19. However, for this reason, it should be easier for those interested to find out about the winners. 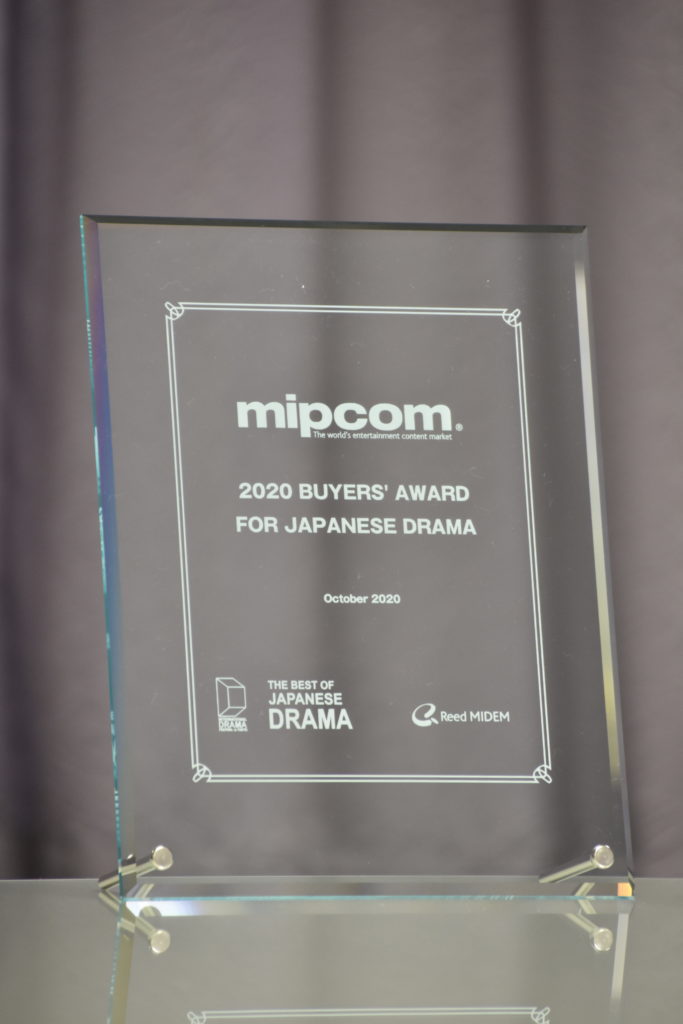 Philip Brasor is a freelance writer who lives in Japan. He writes mainly about Japanese media and money matters.