However, an important question to distributors is which region has the biggest impact on Spanish consumers: Spanish-speaking Latin America or the close neighbouring markets of Europe? This article leverages Parrot Analytics’ cross-market global TV demand data to reveal which region’s imported content appeals best to Spanish audiences.

Note: To avoid the effects from the generally high reach of English-language content, this study excludes the UK and Ireland as these countries primarily produce content in English.

The shared language of Spain and most of Latin America (with the notable exception of Portuguese-speaking Brazil) leads most people to assume that Latin American content performs better, on average, than content from non-Spanish speaking Europe.

However, demand data shows that this is not the case: 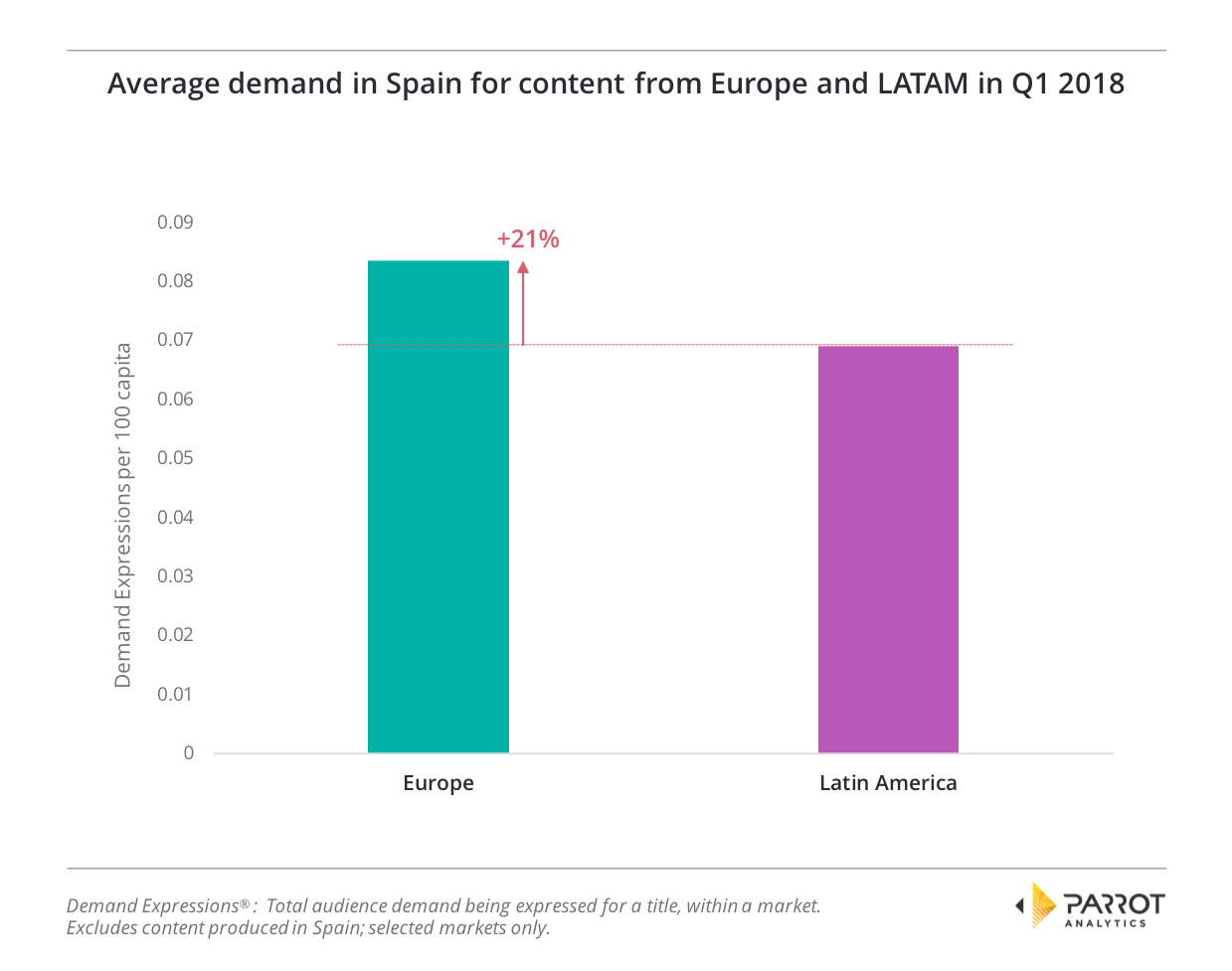 Breaking the data down to the country-level analysis shows exactly which content is preferred by Spanish audiences. (A reminder that this study excludes the UK and Ireland as these countries primarily produce content in English; we have excluded these markets to avoid the effects from the generally high reach of English-language content). Our investigation shows that content from Sweden has the highest average demand in Spain. Swedish content has a very strong 49% lead over Argentina, the second most in-demand origin.

The second most in-demand content from Latin America in Spain and fifth out of all European and Latin American countries are titles from Mexico.

Going into deeper detail, the two top titles from both Europe and LATAM and their rank in the Spanish market for 2018 Q1 were as follows:

Unsurprisingly given the country results, both of the top European titles are Swedish. Also in line with Spain’s general country content preferences is the top Latin American title, Argentinian Soy Luna. However, the second most in-demand individual Latin American title in Spain breaks from this pattern as it is a Chilean show, reality title Doble Tentación.

The finding that Spanish audiences prefer European content over Latin American content demonstrates that the true preferences for a local audience revealed by utilizing data can often be different to the received wisdom. For distributors, this type of insight can open up new opportunities that may not have been considered previously.