From Knightfall (photo) to Fearless and from Five Gold Rings to Ambulance, MIPTV 2017 saw brisk deal-making business across all key programme genres. Here's the wrap!
By Julian Newby on April 18, 2017 0 Comments
16
16
Shares

This is the first in a series of posts by the MIPTV News team, summarising the highlights of an action-packed week in Cannes. More soon!

Any concerns about political volatility didn’t have an adverse impact on the voracious appetite for content from all around the world, as MIPTV 2017 saw a flurry of global deals across all types of programming and platforms.

In drama, A+E Networks was able to report strong interest in its new original drama Knightfall (above). Represented in Cannes by executive producer Jeremy Renner (star of Avengers & more), it was picked up by broadcasters including SBSTwo (Australia), HBO and Cinemax (Central Europe, Poland, Spain and Andorra), iQiyi and BesTV (China), YES (Israel) and IFlix (Southeast Asia). 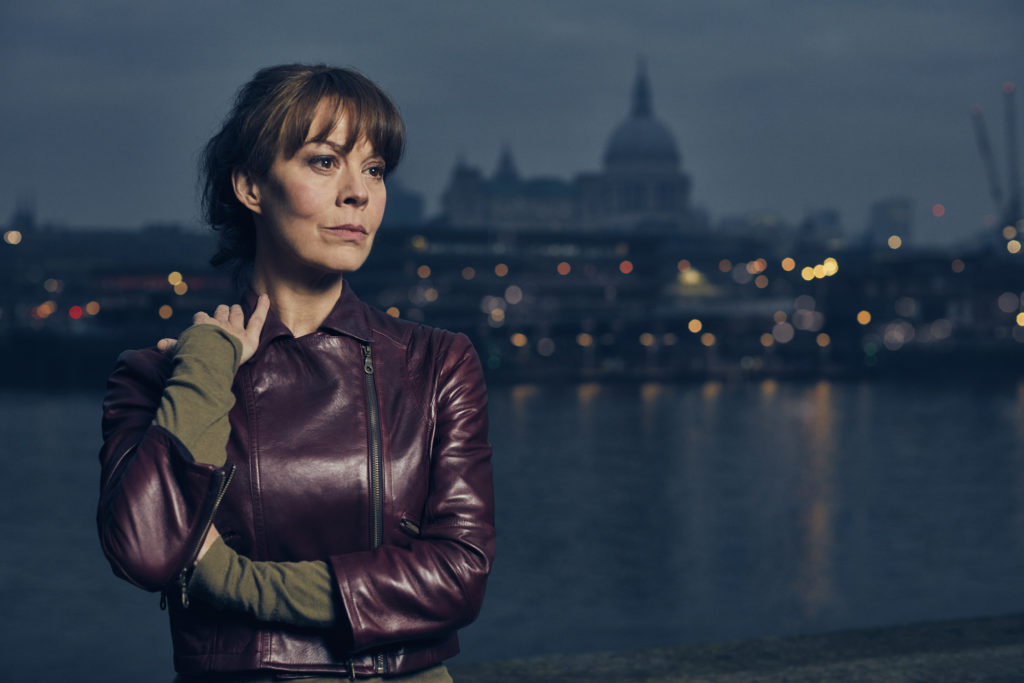 Other high-profile scripted shows at the MIPTV market included France Television Distribution’s comedy series Call My Agent! season two, which was the subject of a screening, with its cast (Thibault de Montalembert, Liliane Rovere and Gregory Montel, above) attending MIPTV. The show sold to Swiss broadcaster RTS and Belgium’s Proximus during the week. There was also a deal for Red Arrow’s TV movie Peter And Wendy, sold to Fox Networks Latin America. FremantleMedia International’s The Young Pope (above) went to CEE, Russia and the CIS through a deal with SPI International/Filmbox, while Studiocanal sold political drama Baron Noir to Walter Presents US. A big trend in drama has been the growing number of non-traditional alliances taking place in both sales and co-production. At this market, Nippon TV consolidated its partnership with Medyapim and Fox Turkey by selling them the format rights for Woman – My Life For My Children (Medyapim’s Fatih Aksoy – left – Nippon TV’s Cindy Chino, and MF Yapim’s Faruk Bayhan met to seal the deal at MIPTV). Entertainment formats were high-profile at MIPTV with a lot of emphasis on shows including NBC Entertainment’s The Wall, MGM’s Funderdome and Talpa Media’s 5 Gold Rings (above), the latter selling to broadcasters such as France 2 and Channel 10 in Israel. A+E was also busy, securing a deal with Newen in France for entertainment formats including Bride And Prejudice.

Other formats to do good business included BBC Worldwide’s well-established Dancing With The Stars, sold to CME Group for use in five territories, and FremantleMedia International’s The Lie Detective. The latter secured five new commissions from SBS (Belgium), Antenna (Greece), STV Pirma! (Latvia), RTL 5 (Netherlands) and TV2 (Norway). BBC Worldwide licensed Love Productions’ Bake Off format to the Czech Republic while ITV Studios and subsidiary Talpa Media sold the formats for Come Dine With Me and The Voice to Mongolia’s Mongol TV.

Business was also good for Israel’s Armoza Formats, which renewed Babushka with Spain’s TVG. Armoza’s The Final Four also headed to France via a deal with Satisfaction, and Norway and Denmark via a deal with Banijay Rights. In other formats news, Cash Cab returned to Discovery with a celebrity twist and hit show Ninja Warrior was licensed to Austrian network Puls 4. Still in factual, Endemol Shine sold the format for hit show Ambulance (above) to CBS in the US while ITV Studios did a deal for Maramedia’s nature shows. Blue Ant and Blink extended their partnership around the Love Nature brand and Cineflix sold The Gun Shop to broadcaster around the world.

There was also plenty of activity on the kids front, with Federation Entertainment selling live action series Find Me In Paris to ABC in Australia, Disney in France and Italy and VRT in Belgium. On the animation front, GO-N International sold Simon to Jetsen Huashi in China. Jetsen Huashi also picked up content from Newen Distribution in France.

Turner’s Cartoon Network had a busy market. Reboots of The Powerpuff Girls and Ben 10 were snapped up by CiTV (UK), Gulli (France) and Stan (Australia), while Disney Channel (Germany) and TV5 (Philippines) picked up The Powerpuff Girls and GMA (Philippines) picked up Ben 10. Among other kids deals, Monster Entertainment’s Jabu’s Jungle was picked up by Gulli Africa, Superights sold Pat The Dog to Disney Channel US and Jetpack sold the series Yoko to channels in Canada and Portugal.

Outside the main genres, All’Opera, the ambitious programme to bring the best Italian opera productions to cinema audiences all over the world, continues to broaden its footprint, following a new distribution deal for Latin America, signed by Rai Com and Castalia Communications at MIPTV.