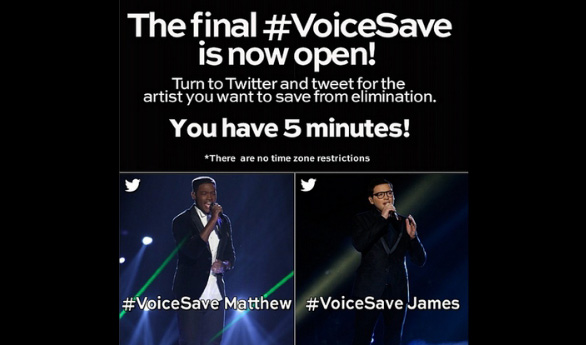 As social TV continues to grow, it's important to understand where it all started...
By Sandra Lehner on September 23, 2015 0 Comments

Three years ago social TV didn’t even exist in Europe. Nowadays it’s all about social TV. Here’s a quick recap of how the phenomenon has evolved over the past years, and the current state of affairs.

2012 saw the rise of second screen apps. Yahoo snatched up audio-synchronisation app IntoNow for millions of dollars, Check-in apps GetGlue and Miso became more and more popular, and U.K.-based Zeebox won backing from BSkyB for its platform. This first generation of social TV apps allowed viewers to minimally interact with what they saw on TV. These applications had limited use cases, features and interfaces, and offered little, if any, monetisation opportunities.

Later that year, Channel 4 launched the first mobile play-along app in the UK for their game show The Million Pound Drop, following the hugely successful online play- along game. Shortly after, the BBC launched their first play-along app for Antiques Roadshow. These pioneer apps paved the way for many other dedicated second screen apps. However, by now dedicated show applications (the last big ones were the Rising Star app and The Million Second Quiz app) seem to be dying out. The reasons behind this trend are not hard to guess. Building an app for each big TV show you launch is a huge financial investment from the broadcaster perspective and the audience doesn’t want to have to download an app for each of their favourite TV shows. Second screen apps only work in my opinion if they add real value. For example, the user at home on his sofa can win the cash prize of a game show just like the contestants in the studio (i.e. Quizduell on ARD).

Generally speaking show-themed and second screen apps that ask audiences to open an app that will sync with TV in order to deliver content tie-ins have not proven to be the big winners, as they’re asking too much of audiences.

Second screen is about encouraging activity that’s more natural, like commenting about a show on social media and forums, or extensions to programming after the TV shows is over. That’s why Twitter and Facebook have become our water-cooler. Many TV shows have had successful campaigns and conversations based around Twitter and Facebook. Worth mentioning are The Voice: Instant Save (top photo), BBC Three’s Free Speech and The Bachelor. Reality TV is the preferred genre when it comes to Social TV.

But a lot of drama series generate huge social buzz, too, as you can see from the Top 10 series on Twitter in 2014. We don’t, however, want to tweet while we watch compelling drama such as Game of Thrones or The Walking Dead. We want to concentrate on what’s happening on screen and then talk about it afterwards. Therefore, both series have created a follow-up segment that airs after each episode to further the social conversation around the series. For The Walking Dead it’s called The Talking Dead and the Game of Thrones fan show is called Thronecast.

While Facebook and Twitter are still the juggernauts of the Social TV scene, more and more broadcasters are also using video messaging application Snapchat and live-streaming app Periscope to reach their audience and to further engage them. So what’s next? It will be interesting to hear at MIPCOM what Twitter and Facebook plan to stay on top of the social TV summit.

Sandra Lehner is senior social TV manager at joiz, and a frequent contributor to MIPBlog. Check out all of her posts here.

Find out more about social TV with a series of MIPCOM conferences: “TV x Twitter: Media at the Speed of Now”; a keynote from Nicola Mendelsohn, VP EMEA, Facebook; and a Facebook-hosted workshop on social TV best practices.