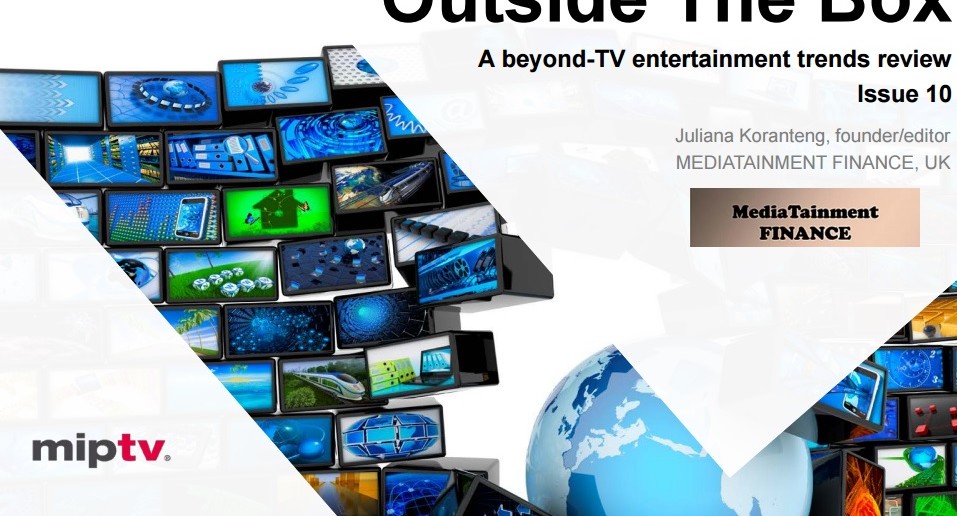 Outside the Box: A Beyond-TV Entertainment review, issue 10

Discover the current disruptions in entertainment sectors beyond TV!
By Juliana Koranteng on May 15, 2015 0 Comments

– Amazon.com is injecting cash into full-length movies for theatrical release starting this year?

– After buying Twitch, the online live streaming e-sports platform that allows gamers to watch live videos of other gamers in action, Amazon.com wants to offer that captive audience to advertisers by acquiring specialist ad agency GoodGame?

– e-sport has arrived on a UK stock exchange in the form of Gfinity, an ‘eSport operator’?

– The US Supreme Court has been asked to adjudicate and make a decision over the Kimble vs. Marvel Enterprises Inc dispute, centering over the Web Blaster, a Spider Man toy that plaintiff Stephen Kimble invented and patented in 1990?

– The Top 10 highest-earning rock and pop musicians in Forbes’ list amassed US$1.36bn in combined income in 2014?

Find out more in this latest issue of Outside the Box, an entertainment review including a special focus on Stockholm-based Epidemic Sound, the world’s largest and fastest growing production music library available for video creators.

This report is the latest issue of a quarterly entertainment trends review developed by MediaTainment Finance, the business journal that covers investments in international media, entertainment and the impact of related digital technologies.

International journalist Juliana Koranteng is the London-based editor-in-chief of MediaTainment Finance, a business journal that keeps track of investments in the global media, entertainment and creative industries