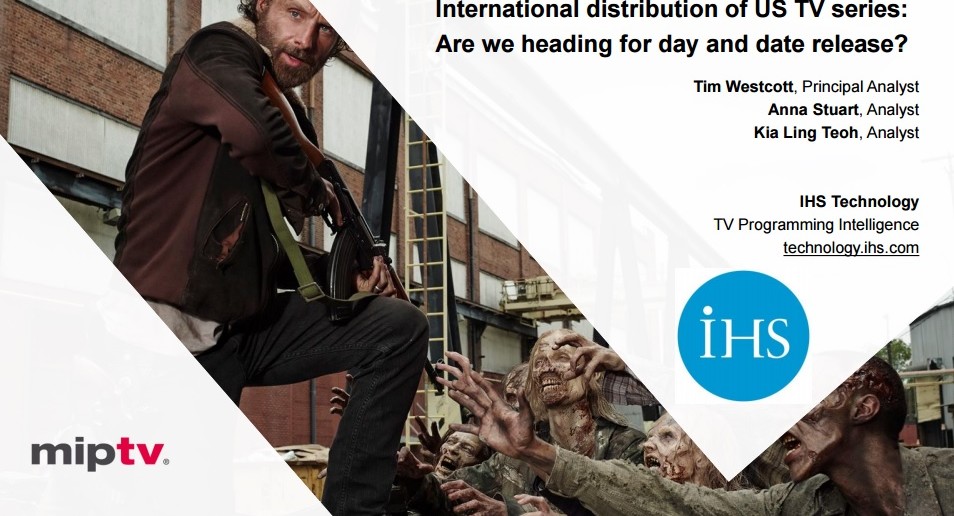 Will all US TV series be released day and date globally in the future? Here's an answer, by IHS Technology!
By James Martin on May 19, 2015 0 Comments

How long does it take a new US TV series to roll out to four key international markets – the UK, France, Germany and Australia? There have always been factors lengthening this window – dubbing and marketing campaigns, to quote but two – but times are changing: in a now global media landscape, new episodes can be available instantly – legally and illegally.

As the threat of piracy keeps increasing, how is the Netflix/Amazon strategy of releasing original series day and date with the US forcing the hand of distributors? IHS analysed the international distribution of every scripted broadcast and cable show produced in 2014 to early 2015. Among their conclusions:

– International release windows for scripted TV series are getting shorter, but the average is still 83 days;

– In general, drama moves faster than comedy to the English-speaking territories (see chart below);

– Compared to last year, there has been a slight increase in the number of new series which make the transition to the international market within a week of their US transmission.

Click here to find out and discover more exclusive data in this exclusive white paper from IHS Technology!

IHS Technology is the largest media-focused research firm in the world with more than 50 analysts covering over 65 global territories.