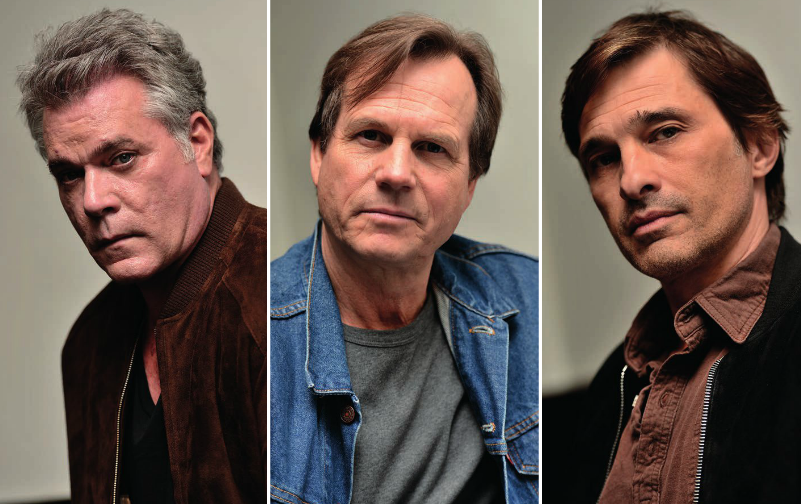 Texas Rising, a co-production between A+E Studios, Thinkfactory and ITV Studios, had its world premiere at MIPTV in Cannes last night. Directed by Roland Joffe and featuring a star-studded cast, the epic eight-part mini-series is a blood and thunder account of the Texas Revolution, a period of history that gave rise to the legend of the Alamo.

Ahead of the screening, cast members Bill Paxton, Ray Liotta and Olivier Martinez talked to MIPTV News about what drew them to the project. “As actors, it’s rare to be in something on this scale,” said Texas-born Paxton, who plays Sam Houston, “The story and characters were great and when I learned Roland Joffe was going to helm it, that was a huge pull. For me he’s the natural successor to David Lean.”

For the versatile Ray Liotta, filming a Western was a new experience but one he embraced: “As soon as I saw it was a Western, I said I’m in. Riding horses… bows and arrows… swords, it’s a fun way to make a living. And this was a great group of guys, they were a real blast.”

Olivier Martinez, who plays Mexican general Antonio Lopez de Santa Anna, said: “It was great for me, as a European actor, to be surrounded by a cast of this quality and to work with Roland. It was shot in CinemaScope, which gave the whole project the feel of a movie.”

Paxton said the appeal of Westerns is “the notion of self-reliance and sacrifice, of individuals standing up for something. But this is more than a Western. The factions involved make it more like a war story.”

Liotta has no doubt the story can travel internationally: “It’s a very specific story but it has a universality about it. People everywhere can relate to the fight for freedom and the desire to protect their land.”

The series was shot against the backdrop of spectacular Mexican scenery over a six-month period. Paxton was full of praise for “the Mexican craftsmen who built everything”. The only downside was the horses, said Liotta.“We trained on stunt horses. But the Mexican horses we filmed on weren’t used to people running towards them with swords…”

This and more in issue 2 of the MIPTV News, online here!