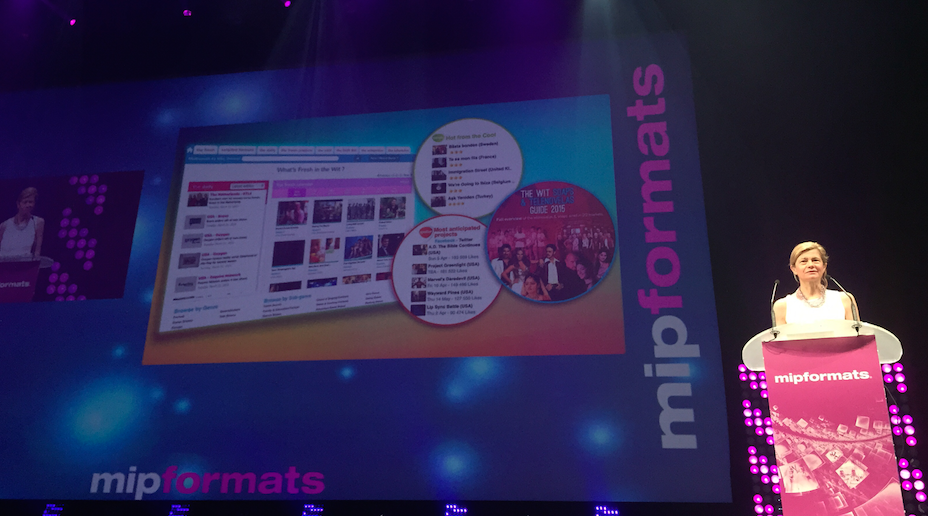 The Wit's Virginia Mouseler kicked off MIPFormats today with the world's hottest entertainment formats.
By James Martin on April 11, 2015 0 Comments

Magicians, kids and visual quizzes also seemed to be flavour of the moment at today’s inaugural MIPFormats session, hosted by The Wit’s Virginia Mouseler; but dating, music and… selfies are truly enthralling today’s global audiences!

You’re Back in the Room (BBCWW, UK)
A gameshow with a difference: its contestants are hypnotised!

Gone up in Smoke (NeweN, France)
Five players challenge three musicians in this shiny floor format. If they get a wrong answer, the magicians make them disappear! The contestant’s objective is not to let the magicians take the money.

I Can See your Voice (CJ E&M, Korea)
A professional singer has to pick the real singer out of 9 contestants… without actually hearing them, except just for 1 second, or watching them lip syncing.

The Remix (Global Agency, Vietnam)
Eight teams are formed, each comprising of a singer, a DJ & a producer. In this musical format, a huge hit in Vietnam, the winners take away a recording contract and cash.

Beat My Guest (LineUp Industries, France)
Five singers take turns to host parties where they have to entertain each other in their homes, then evaluate each other.

It’s Showtime (Global Agency, Turkey)
Singers also evaluate each other, one each night for 5 nights, but in a studio/concert setting. The winner of the week is then elected.

The Selfie Challenge (Dorimedia, Israel)
Two groups of friends have to create selfies of given poses — for example, whilst splatting each other with custard pies! — then win depending on how close they got to the objective. A voluntarily silly show!

Trapped Doors (ESG, Netherlands)
Contestants have to escape from 5-circle mazes; they have 5 keys. The prize money if they escape is €500,000. If they get trapped, they lose everything…

Odd One Out (Elk Entertainment, Sweden)
In this 100% visual format, contestants must pick odd images out from sets of 4 pictures. Viewers can play along with an app.

The Married Game (Global Agency, Turkey)
A woman has to guess who is the single man out of four. Three of them are married and their wives advise them on how to act single! If the woman wins, she gets a date with the single man. If she loses, one of married couples get a holiday. “The only show in which wives teach their husbands how to cheat”, says the trailer…

Stairway to Fame (Global Agency, Turkey)
The new contender for star of the music genre, according to Mouseler. Singers have to impress as a silhouette, in 30 seconds. The losing contestants join the jury.

Mouseler will be presenting ‘fresh’ programme selections all week here in Cannes. Check out all of her sessions here.