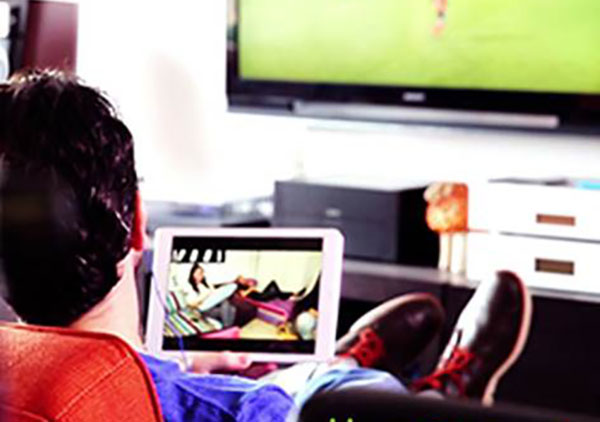 Is the second screen dead? Not really, according to Practical Innovation's CEO
By Daniel Ravner on April 7, 2015 0 Comments

Not too long ago, second screen apps were all the rage. There wasn’t a gameshow or talent show that didn’t offer audiences to take part in the TV event, from home. This is no longer the case. For a while now, the absolute bulk of interesting TV-to-digital extensions are happening on existing social networks and web destinations, not on dedicated apps.

Just to make sure we’re all on the same page – second screen apps, according to the social TV glossary, are dedicated applications that feature specific interaction with TV content. The emphasis here is on simultaneous activity creating a whole larger than the sum of its parts.

So is second screen dead? Hell NO. But for the sake of the argument, here is why it is.

The key features of many second screen apps enable viewers to answer game show questions during the show or vote for their favorite contestant.  These are great interactions, that require robust technology, but it hasn’t been a novelty for quite a long time.

Companies that attempted to move the discussion during and about TV shows into social TV apps (Miso, GetGlue, etc.) weren’t successful. The chat and social discussion about TV has remained the exclusive domain of social networks.

From the venture capital angle, second screen seemed like a promising offer. It carried the allure of TV and fit perfectly into existing behaviors of people watching their TV and smartphones at the same time. The same logic propelled TV to offer those solutions. Thus, there was hype and there was money. Following the money, there were way too many different platforms all clustered under the “second screen apps” title. The TV industry asked for more of what seemed to work and the apps became more and more similar. At some point, there were just too many apps for the market to use. Many (but not all) faced disappointing results and a decline in demand. The hype rose and it fell on its own dynamics. BUT…

Technology adaptation is a train moving slowly upward. People, trends, and buzz words, all go onboard and depart for their own reasons, but the train keeps on moving as long as it fulfils basic needs.

Second screen is being used in a majority of houses on a majority of evenings regardless of how we feature it in trend reports. People use their smartphones while watching TV all of the time! The question is, what can we give them to browse through that is better than Facebook?

I think that the key for the second wave of the second screen is simply to move beyond play-alongs and votes and on screen statistics and go back to the first instinct of reinventing the content experience.

There is a renaissance coming, accompanied by a new interest in the second screen from the VC community. For example, app companies Applicaster and Screenz (watch video above) raised more than 15 million dollars in the past few months.

More importantly, new experiences are emerging: Rising Star (watch below) was the “talent show reinvented” mostly because of the way the app was used as an integral part of the format and not an addition to it. Crossmates (watch video below) offers second screen for scripted shows, allowing characters to interact with audiences during and between shows. Horse Tracker makes it easier to follow your horse as it races live.

Yet another fresh example is that of TheCouch – a brand new platform that uses second screen to create “a parallel viewing experience”. On the big screen you have your favorite TV show as it always was. The addition is through the platform (on your smartphone, tablet etc) where you can watch a live feed of a known star that is watching the same show at the same exact moment. At the finale of the Amazing Race (Israel), TheCouch allowed the kids channel’s hosts to become part of a different broadcaster’s TV event. The kids watched the prime time final on the TV screen while viewing and chatting with the kids channel’s hosts who were at their real houses. The TheCouch Kids app went to number 35 in the Israeli Appstore two days after its launch.

The reasons that made Second screen apps a success haven’t changed. It makes sense for TV and it makes sense for its viewers.  Now that the dynamics of hype have run their course, a new and solid industry can rise. The infrastructure is much better and new technologies can offer new experiences. Ones that are much better served as part of dedicated apps.

Daniel Ravner is the founder and CEO of cross-media firm Practical Innovation, and a frequent contributor to MIPBlog. Check out all of his posts here!

He will explore MIPTV’s trending topics on the last day of the show – don’t miss this session!