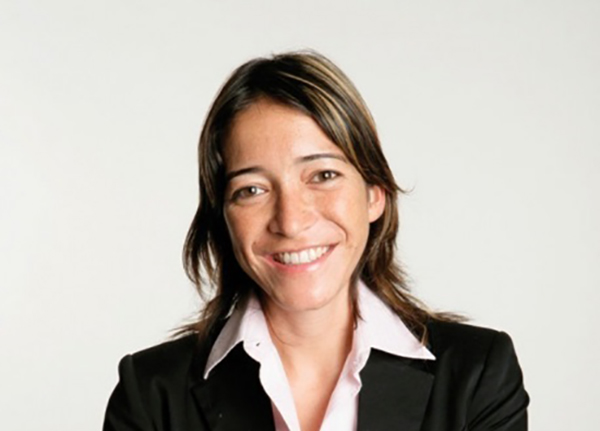 Why is an MCN focused on Spanish-language content relevant today? 2btube's CEO & co-founder answers!
By James Martin on March 16, 2015 0 Comments

Formerly in charge of digital content and business development at Canal+ Groupe, Fabienne Fourquet is now the CEO of an MCN with a difference. She explains all, here!

MIPBlog: What is 2btube and since when has it been operating?

Fabienne Fourquet: 2btube is a “multi-channel network”, a production and a YouTube channel management company. We started operating in Madrid in September 2014, since the beginning of February in Miami and right now we are also present in Mexico City.

> Why would YouTubers want to join your network? What differentiates you from other MCNs?

Our main goal is to make our YouTubers grow. That is, optimising their channels, giving them technical support in production, marketing and helping them with monetisation and relations with brands… so basically, making it easy for them to become and develop as producers and media creators. We are currently the most ambitious MCN in the Ibero-American territory. In Spain there are other MCNs, but what makes us different is our meaningful investment in resources. For example; practically all of our employees in Madrid (more then 20 people) are YouTube Certified, more than any other company in Spain. We have a large soundstage, editing suites and a separate studio for gamers in the center of Madrid. A considerable part of our annual budget is spent on original production and we invest in rights to international formats. The fact that we are on both sides of the Atlantic Ocean puts us in an excellent position to capture and grow the Spanish-language content. We strive for excellence, we are passionate about what we do and we want to be the best at it.

> Why would it be an interesting option for a successful YouTuber – one with many subscribers, who is already a YouTube partner – to join your network?

Of course! We have a support team (audience analytics, design, production, brand relations, music library, office/production set of 600m2 in the centre of Madrid, offices in Miami and another production studio in Mexico City, etc.) which would free the YouTuber from the most complicated and less “entertaining” things to do, so they could focus on creating original and innovative content.

Together with us they will maximise their YouTube presence in terms of audience and revenues. We provide each YouTuber with a personalised treatment, help with any legal, production or tax issues and create opportunities for collaboration with brands. It’s a win-win situation for all of us.

> What are the biggest differences between distributing online video and distributing content on “traditional” platforms (TV, cinema)?

Distribution on traditional linear TV platforms usually involves a licensing fee paid by the TV network corresponding to the revenue model of that particular network, be it advertising or subscription based. Licensing fees vary worldwide depending on the country, the network, its distribution mode, the audiences of the time slot the programme is bought for, and the genre of programming.

On online platforms such as YouTube, the revenue is linked to advertising revenues, which vary greatly depending on geography, device, sell-through rates of ad inventory and type of content. Of course, the revenues generated are closely tied to the number of views achieved by a piece of content.

Hence the audience development work that has to be done by the online video creator is greater on online video platforms as revenues derive directly from views, which is rarely the case in traditional television.

> Can you make as much money out of online as you can out of traditional media? Or is that not the priority for now?

However, we see online CPMs rise in most territories and we also see a diversification in monetisation opportunities, such as the rise of branded content. As the audiences are online and on mobile platforms, and keep on growing, we strongly believe the revenue model will adapt itself in the next few years and money will eventually move where the eyeballs are. This is especially true for the younger generation, which spends less and less time on traditional television.

We believe finding a strong business model is important, so that more and more creators are able to support themselves, so that production quality and editorial diversity keep growing as well.

> It’s often said that in online video, the engagement aspect is just as important as the production aspect. How has your experience confirmed this?

Engagement — such as the numbers of shares, comments or likes — is very important to increase the overall viral success of a video, and hence its audience. This is true for most online platforms such as YouTube and Facebook.

As content makers, our goal is to create “engaging content”, to make people think, talk and relate. This is a key aspect of the millennial generation which is much more active than the earlier generations and which likes to be involved in a story, engaging its creators, and to have a personal relationship with them, up to the point that most online content platforms see their viewers also as creators.

> What advice would you give to people keen to move into online video production?

If they have the talent and the urge to become creators, they have to try; and that this requires a lot of energy, talent and commitment, as well as an extensive knowledge of very different worlds, from production to marketing to monetisation. It also requires them to work with a good audience development partner (such as 2btube!) that will help them in production, marketing, promotion and monetisation.

> Facebook has been booming as a video platform of late. Does this mean online video producers now have to work with two platforms in mind? Or maybe three, if Twitter video ever takes off?

Fabienne Fourquet is the CEO and co-founder of 2btube.

Bastian Manintveld, president and co-founder of 2btube will be attending MIPTV next month, and speaking at the MIP Digital Fronts next April: two days of showcases and much more, dedicated to the finest online video in the world. More info here…