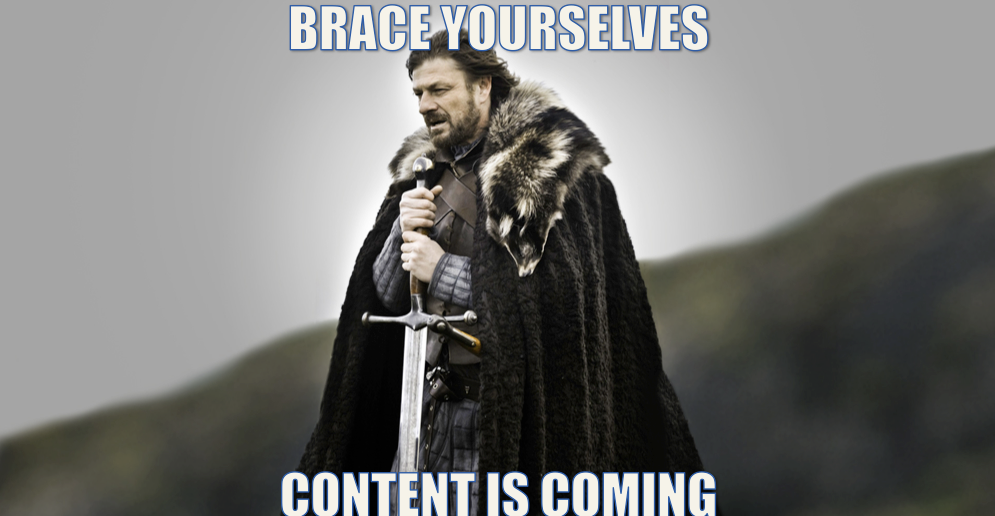 As 2014 is drawing to a close, it’s time to take stock of where we are and look forward to where we’ll be tomorrow. We might end up almost anywhere, but my bet is on a world as chaotic and well structured and wonderful and terrifying as ever. And it’ll be a world with constantly increasing possibilities for telling stories in a great way, together with the audience, over all suitable media platforms.

For the past few years I’ve been compiling a wrap-up of my blog writings. There will be one published this year as well. As always, the publication also includes interviews with some of the brightest minds in the cross-platform content and transmedia world. As a sneak peek, here are some of them, with their thoughts on where the world of media will be heading in the coming year.

Nick DeMartino is a Los Angeles media consultant, specialising in digital distribution and production strategy for start-ups, nonprofits, and corporations. One of the more impressive things in 2014 for him has been the well thought-out and working monetisation strategies of Pemberly Digital (Lizzie Bennet Diaries, Emma Approved etc):

“In all cases, the base-line product is an engaging video series aimed at a clear and definable demographic of young women. A constellation of logical ancillary platforms is deployed for that segment of the fanbase who wants to dive deeper.”

For 2015, DeMartino believes we need look no further than the rising stars of the online community: “In 2015, we’ll see a continued mainstreaming of YouTube stars into movies and TV […] as a way for incumbent distributors to tap the energy of that platform and its incredible creativity (and audiences). We’ll see increased budgets overall for “brand marketing […] Finally, there will be a rise in the original content funded on social media platforms, especially Facebook and Tumblr.”

Ingrid Kopp is the Director of Digital Initiatives at the Tribeca Film Institute (TFI). Some of the things she’s found the most interesting have been the documentary work that has, in one way or another, passed through the TFI:

“I love the beautiful graphics work in Priya’s Shakti which has just been published as a free comic book. I think this is such a wonderful approach to a really important issue: gender-based violence in India. Creating a conversation through art and storytelling that involves both boys and girls. It also reflects a multi-tiered approach to technology that allows for access for different communities that I’m really interested in.”

For Kopp, the world of documentaries has a number of challenges to face in 2015, from diversity and access to critical discourse, and also how to get the final works into the hands and minds of the audience: “The challenges for me are still mostly around marketing and distribution. It can be really hard to get these independent projects in front of audiences because they are different formats and are delivered in different ways across platforms. It can be hard for audiences to know how to find the work and hard to get press because these projects fall between traditional beats. So I am hoping for more paths in terms of business models and distribution avenues.”

Christian Fonnesbech, a director from Denmark, scored a number of awards and international recognition in 2014 with his project “Cloud Chamber”.  He sees a world where some of the new ideas simply don’t seem to work as intended, and believes we should start looking at new approaches for 2015:

“I think the idea of telling stories that combine media types is here to stay. I think the classic idea of transmedia is good for marketing, but not for other kinds of storytelling. I see gameplay mechanics making an entrance in a big way – and I think the most interesting transmedia people are the ones who can think in terms of gameplay even as they think social and narrative as well. It’s a bit like jumping, rubbing your stomach and patting your own head at the same time, but more and more seem to be getting it.”

Marco Sparmberg is a South-East Asia based transmedia producer and emerging media content strategist who is heading the transmedia initiative at Singapore’s National Broadcaster, MediaCorp. For him, the future looks bright, especially from the South-East Asian perspective:

“For me, story starts with the audience. Content development starts with distribution strategies. Working in the TV field, I’m personally interested to see the use of ARG (alternate reality games) and VR (virtual reality) as immersive extensions to TV shows. Adopting concepts like Coca Cola’s ‘liquid content’ into the mainstream entertainment sector is absolutely necessary. Experimenting with fragmented narrative formats as well as responsive storytelling is something that will emerge alongside naturally.”

I would tend to agree with all of the above. What I believe we will be amazed by the most in 2015 is how far we will come on the prosumer-route. It’s not only a fact that almost anyone can become world famous in a matter of days (see the Alex From Target meme for the most obvious example). It’s not only a fact that it is possible to engage a global audience in your narrative (I think everyone remembers that selfie). It’s also the fact that everyone in the world is waking up to this reality as we speak. The treshold to test ideas, test stories, test images, test campaigns is lower than ever before, and the potential windfall is greater than ever before.

Photo © HBO (with our own little additions!)