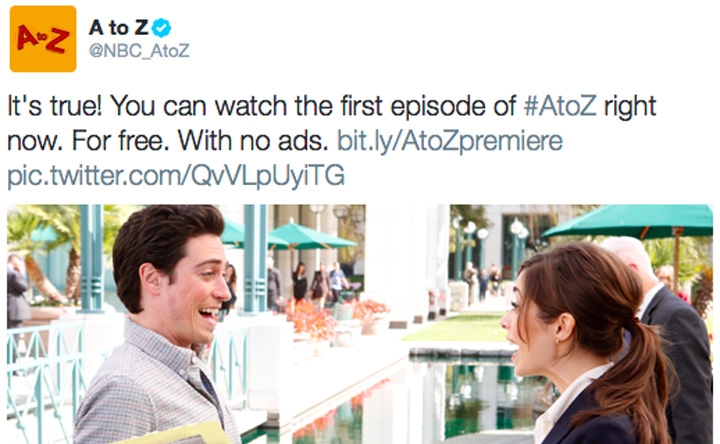 Fabien Loszach: How online pilots are changing the US TV landscape

Ambitious producers and audacious networks like HBO have changed the game for good over the course of the past 15 years: television series have now earned their stripes. “We are living a golden era of television content,” claims David Poltrack, chief research officer for CBS. “The public is embracing television in a way it never did before.” Why? Simply because the programming is so good!

The launch of a new television season now announces a host of new series presented to a public that does not seem overwhelmed by the dizzying offer. In order to determine viewers’ interest and create consumption patterns for their new cultural products, the major American networks are using new broadcasting and marketing techniques to jostle how television launches are traditionally done.

Pilots premiered on the web

The first tactic consists of initially launching on the web the pilot of a new series that will be broadcast during the new TV season. At the end of August, this model was used by no less than five different networks: CBS, NBC, ABC, FOX and MTV.

According to Quartz magazine, the first episodes of major new American television series such as A to Z (NBC’s new romance series scheduled for October 2), ABC’s Selfie (inspired by My Fair Lady, scheduled for September 30) and Fox’s Red Band Society (launched September 17) were all uploaded to Hulu and the networks’ respective websites. ABC even went so far as to push the experiment further by streaming the first episode of Selfie directly on Twitter. 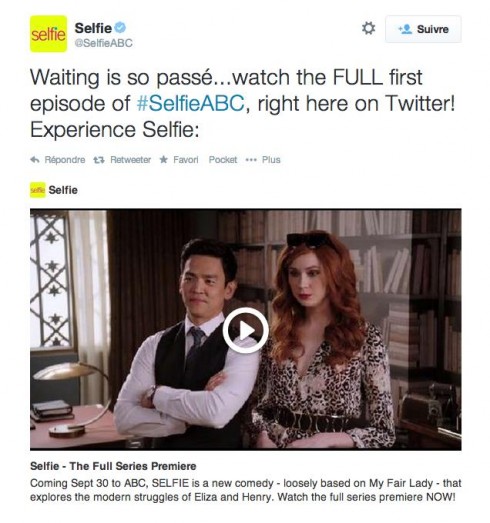 We can forecast that in the upcoming seasons, a lot more new shows will be making their debut online or on platforms such as the iTunes Store. With the obvious exception of leaks, online premieres have today become the norm rather than the exception in the US.

Even though it is not a television series, the documentary No Cameras Allowed developed by James Marcus Haney and Fake Empire for MTV has been launched online first as well. Set in a world of festivals and their attendees, the documentary has been available as a preview on iTunes since August 12 in the US. The documentary was broadcast two weeks later on MTV.

MTV’s strategy was developed in the optic of giving it the most “off channel” visibility possible. The partnership with iTunes also enables MTV to reach a new audience through the online store.

Given the mass of new shows that flood television every year in September, it has become even more difficult to reach audiences with new content. Online previewing offers the advantage of allowing viewers to take their time to discover new products and become addicted to them and creating a buzz among viewers even before the season officially begins.

Outlander, the new pay-TV series on Starz, thus attracted over one million viewers to its website for the presentation of the first episode one week prior to its official release on cable television. Showtime with Penny Dreadful as well as AMC with Halt and Catch Fire both jumped on board and broadcast their first episodes online. Disney has also made it a habit of releasing its new series online (such as Boy Meets World and Star Wars Rebels) via its streaming application.

Available for catch-up viewing, and fast!

The second tactic to which broadcasters resort to benefit from this bountiful offer is to shorten the time between broadcasting televised content and uploading it online. Most networks now make their episodes available in VOD or on Netflix, Hulu or Amazon a few days after their television broadcast.

Thus, thanks to an exclusive agreement, the episodes of CBS’s enormously successful TV series Under the Dome (followed by 14 million viewers per week in 2013) are available only four days after their release on Amazon Prime Instant for $1.99 ($2.99 in HD format). The model has proven successful for CBS and the network intends to broadcast its new series Extant on Amazon Prime Instant Video. For CBS, this agreement represents an interesting source of potential revenue even before the official start of the series’ first season.

However, the agreement reached by CBS and Amazon is not exclusive because the television network signed another agreement for 2015 with Netflix, in direct competition with Amazon in the video-on-demand market. CBS reached an agreement with Netflix to upload the episodes of its future Zoo series (adapted from James Patterson’s book) in 2015.

Instead of making content available four days after the broadcast of each episode, Netflix—true to itself—will prefer to upload all of its catalogue’s episodes in one shot, once the last episode has been broadcast on TV.

A multitude of advantages for broadcasters

These new broadcasting strategies make it possible to promote a show before and after its TV broadcast. Although television remains at the core of the media ecosystem, its content is now “tested” online and available in VOD afterward.

For networks, the advantages may be numerous: upstream viral promotion and word-of-mouth, assessment of the interest for new programming and generation of new income through rebroadcasting agreements.

For David Poltrack, the new broadcasting methods imply new accesses and the possibility of reaching a wider audience directly. According to CBS’s research department, in as few as three years, the percentage of viewers who watch live broadcasts fell from 89% to 80% whereas Internet streaming increased from 4% to 11%. Therefore, everything indicates that initiatives such as those described above will prove successful.

This article was initially published on CMF Trends, and is republished here as part of a MIPBlog – CMF Trends editorial partnership. More to come soon!