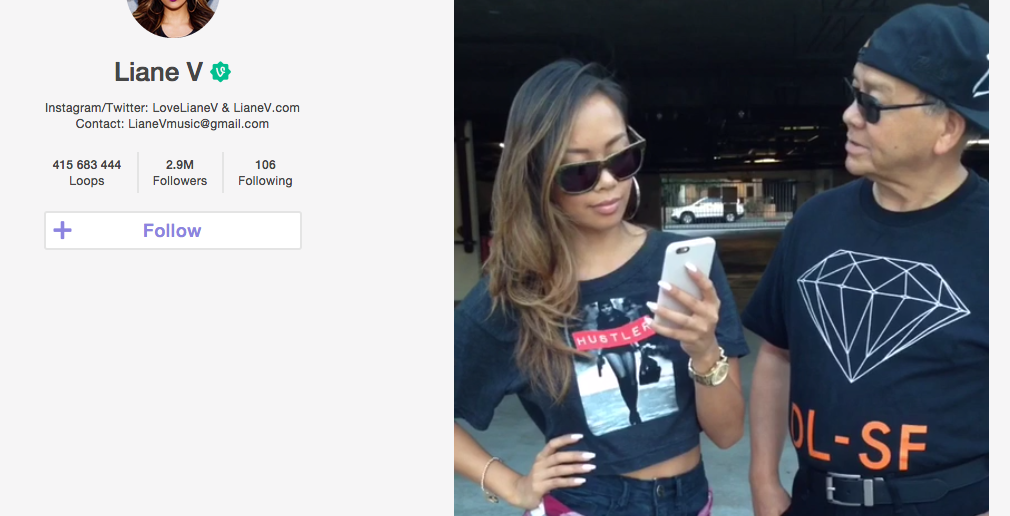 Sandra Lehner: Why Viners are the new video stars

The stars of Vine, Twitter's 6-second video platform, are now making up to six figures per film, says The Project Factory's UK commercial manager.
By Sandra Lehner on September 29, 2014 0 Comments

Andy Warhol might have been wrong with his famous expression “In the future, everyone will be famous for 15 minutes”. The teen stars of tomorrow are famous for their six-second videos on Twitter-owned short-form video sharing app Vine.

The social media app officially launched in January 2013 and now has more than 40 million registered users. It allows users to easily create and share six-second videos online. If the ‘viners’ have enough talent, connect to their audience and grow a huge following, it is possible to get branding deals and a record contract.

Liane Valenzuela, for example, is a musician with more than 2.8 million Vine followers. She is known as Liane V (photo) on the platform, and creating vines has become her full-time job. Just recently, she was paid by Jennifer Lopez’s record company to make a sponsored Vine for the singer’s new song ‘Booty’.

With more than 9.3 million followers, 16-year-old Nash Gier is the most followed person on Vine. He was just a regular schoolboy living in North Carolina creating vines about his daily life before internet stardom brought him to Hollywood. He now has more followers than Justin Bieber and Miley Cyrus. Make no mistake: Vine is big business!

Grier and his best friend Cameron Dallas have recently accepted a movie deal with AwesomenessTV to star in their own movie. Together, they have more than 15 million followers on Vine. Grier has also earned money from deals with Sonic and Virgin Mobile amongst others. His team “confirmed that major brands will pay the star between $25,000 to $100,000 to plug their products” in Vines.

According to the BBC, each deal is different, but the ballpark rate most Viners charge is about $1,000 (£594) per 100,000 followers. However, there is a fine line between marketing brands to your followers and retaining the authenticity and originality that first drew so many people to follow you in the first place.

A recent study conducted by Variety found that “teens enjoy an intimate and authentic experience with YouTube celebrities, who aren’t subject to image strategies carefully orchestrated by PR pros.” Therefore, the Vine and YouTube stars must be careful to maintain this authentic experience.

Variety’s study also found that the five most influential figures among Americans teens are all YouTube stars such as Smosh, The Fine Bros and PewDiePie, eclipsing mainstream celebs including Jennifer Lawrence and Katy Perry.

So it is not surprising that Hollywood stars such as Jennifer Lopez want to collaborate with these teen stars. The most ‘Vine-integrated’ collaboration so far has been Will.i.am and Cody Wise, who employed the biggest Vine and YouTube stars to recreate their most viral skits and clips for their music video ‘It’s My Birthday’. The music video is shot in Vine’s square aspect ratio, and lives both on YouTube as a full music video, and on Vine as a collection of more than 40 clips.

In the future, maybe we will all be famous… at least for six seconds!