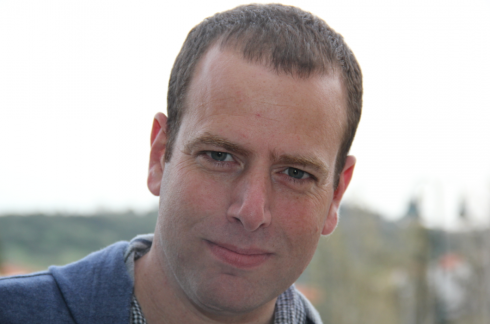 Jasmine TV's Sasson explains why TV marketing, delivery and billing could be transformed in the upcoming years, giving birth to a new distribution model.
By Lior Sasson on August 18, 2014 0 Comments

The world of content distribution changed and evolved throughout the years but these three elements have defined the foundation and are key to understand some of the current trends in worldwide distribution.

One third of the world population, 2.7B people are connected to the internet and are exposed to web marketing and social networks’ feeds; it is only natural to assume that the web will become the biggest marketing platform for content. Maker Studios acquisition by Disney is I believe a sign of the future where content providers are looking for direct access to viewers everywhere in the world.

In this case the added value of localized marketing and promotion will gradually decrease, and with it the dependence on local platforms to promote content in the territory.

As of July 2014, Global IPTV subscriber numbers have topped 100 million for the first time, while broadband households topped 690 million.

As more and more TV sets are connected to the internet, the interface will become key to content consumption and delivery. TV and Internet are merging into one entity where TV Apps are channels and the operating system is the platform.

TV Apps/ Content providers (E.g. HBO, Netflix, ESPN) are constantly improving the user experience, using sophisticated recommendation mechanisms to push the right content to the viewers and create a more lean back experience in an internet connected device. However the main drive force of subscribers has and will be the same – to generate exclusive content that people must see under their brand.

The Operating system is the ground where the Apps are constantly fighting for awareness and the subscriber’s attention. And who controls the operating systems? Currently the three major players are: iOS, Windows and Android, all three belong to global corporations working worldwide and have the ability and capacity to either create or buy worldwide content rights.

One of the major hold backs of global distribution is the element of billing: content owners did not have the ability to collect payments from viewers directly and therefore needed the local platform to be the “middleman” between the content and the subscriber. Today there are several ways to collect payments from anywhere in the world. Internet POS such as iTunes, Google Play and Amazon makes it easy for subscribers to pay directly for access to content (VOD or Linear). In countries where credit cards are scarce the option of mobile and Bitcoin payment may become a valid alternative.

It seems that today, content owners and distribution platforms have a common goal to dissolve the geographic borders between countries and provide one global feed of content for anyone who has access to the Internet.

We are still far from the days that a big player such as Google and Microsoft would release content worldwide in direct access to subscribers. However, content providers and platforms should and could prepare for that day…

Lior Sasson is VP of business development for Jasmine TV, part of Jasmine Group. He is in charge of the company’s activity in Africa, which includes operating 8 movie channels and developing a VOD platform. After serving as Israel’s cultural attaché and Hollywood liaison, Lior is currently developing TV projects and films for Hollywood and the local Israeli market.