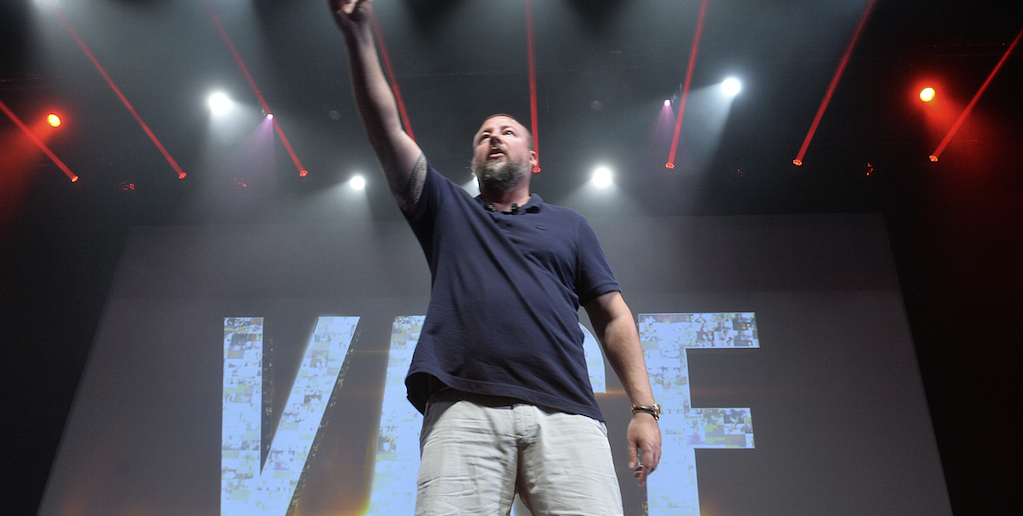 What were the MIPTV takeways that will mark the near future? Data, engagement, convergence and... tweaking!
By Simon Staffans on May 8, 2014 0 Comments

In the aftermath of the explosion of content, information and inspiration that was MIPTV, MIPFormats, MIPDOC and the MIP Digital Fronts last month, it’s time to take stock of where we stand right now. Here are four major areas of interest, to take into serious consideration for the coming months:

Buzzwords come and go, be it User Generated Content or 3D TV or something else. This spring two major buzzwords were banded about with abundance, reflecting two different areas that content creators, producers and distributors alike need to increasingly take into consideration.

Data is the new oil, apparently. If so, there were quite a few representatives of the new BP and Shell in attendance in Cannes. Be it big data or little data (the smaller, more actionable pieces of big data), the importance of actually knowing what your audience is doing, how they are accessing content, what kind of content they look for and what they say about you and your content cannot be overstated.

Now, as we discussed at length at the Digital Minds Summit at MIPTV, there is a huge need for skilled analysts of data, who not only can interpret acquired information, but also translate the findings into actionable objects for producers and boardroom-level executives.

Looking slightly into the future, whomever comes up with a good way to not only act on big data findings, but also in turn influence the smaller – ‘little’ – portions of data, will be onto a real winner.

The second buzzword of the week was audience engagement. The term was talked about at every corner of the conference, from the new shows on display at MIPFormats and the interactive documentaries at MIPDOC to the YouTube stars of the MIP Digital Fronts. As the world is moving from the information age to the relationship age, creating content that engages the audience in what you’re offering them is increasingly important. This could be seen on a lot of shows on offer, from the more basic Rising Star-inspired The Shower — engaging the audience through deciding the temperature of the shower contestants are singing in — to the more elaborate engaging possibilities on offer in connection with the documentary-game Fort McMoney. If the audience is not engaged with your content, they’re engaged with someone else’s, essentially.

3. Be the convergence you want to see in your life

‘Convergence’ could be heralded as yet another buzzword, but it’s much more than that. Nothing was more obvious at MIPTV. We’re now in a position where we could do away with all the prefixes to ‘media’, such as ‘cross media’ or ‘transmedia’ — even age-old terms like ‘television’ and ‘movies’ — and just call it all ‘media’. The audience does not care how they take part in our content; they only care about convenience. This, however, does not mean we as producers can relax; instead, we need to concentrate on the stories and on their suitability for different platforms, and whatever development is necessary to enhance the content sufficiently. This focus should be an automatic part of the development process, not an afterthought or something we’ll work out later.

At MIP, there were quite a few people and companies that got this, but even more who didn’t quite yet. A great example of those that do were VICE, who were highly prominent speakers at MIP:

“I don’t care if it’s online, I don’t care if it’s on TV. All I care about is if it’s good content, and we tell the story well. Why? Because we are Gen Y. […] We’re different, we’re coming along in a different language. Why? Because the people who shot it are young, the people who cut it are young. It’s a young persons’ medium. It could be online, it could be TV, it could be mobile, it could be anything. All we care about it’s that it’s good.” – Shane Smith, CEO, VICE (photo)

Anyone who wants to be a part of the media habits of their future audiences would do well to take this approach to heart.

4. Groundbreaking is good; tweaking is better

I was slightly surprised by the lack of “wow, haven’t seen that before!” shows or formats on the market this year. I know first-hand, though, how difficult life can be if you insist on creating groundbreaking content at every turn. There is an art to tweaking as well, and this was perhaps what was more readily on display at MIP – the tweaking of existing formats into new versions, making them just unique enough and just that bit better, thereby making buying them a new proposition altogether.

‘How To Make Money the Startup Way’, a handy step-by-step map for startups to become successful — notably by testing a certain product or solution and then re-making it in a better way — is easily adaptable for the content industry as well. I think that to a certain extent, the content industry cares too little about in-depth audience testing right now, relying instead on buyers from broadcasters wielding the power to decide if a show has the potential to be successful or not.

Trust yourself! And moreover, trust your audience.