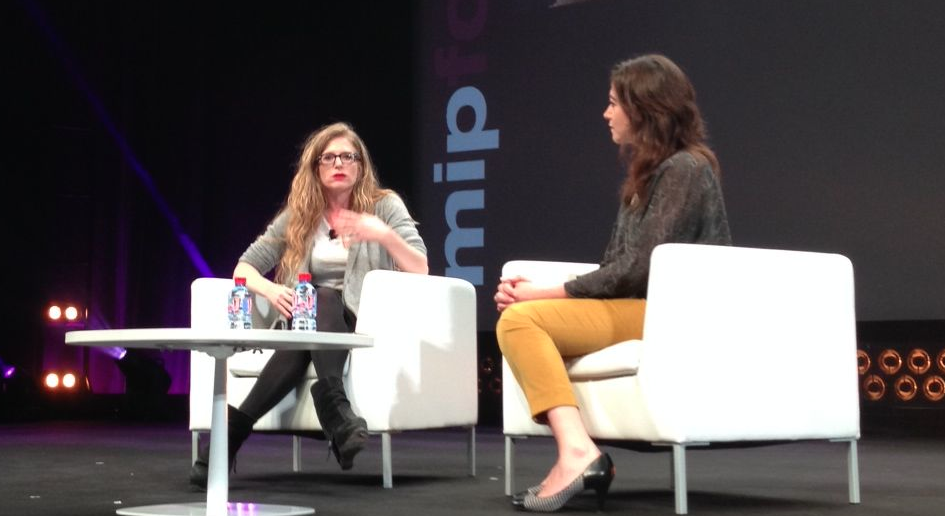 Liveblog: How Rising Star is “changing the way people watch”

David Jenkinson, editor-in-chief and managing editor of C21Media, gave a brief introduction to this exciting case study for Rising Star, a “game changer” entertainment format whose success yielded sales in more than 25 territories. We also got a glimpse of an upcoming format that builds on Rising Star’s real-time success. In both, the audience makes decisions in real-time that determine the advancement of contestants, live.

In past iterations of entertainment reality TV, exemplified by A Star is Born in Israel, judges sat behind a desk and made the real decisions, began Merav Shifman. “The audience told us they were bored,” she said. “People stopped texting, stopped voting. We knew we had to invent something new. We decided that, from the very first programme, we’d go live” — taking the destiny of a programme out of their own hands, and giving control to the viewers.

In Rising Star, audience members download an app and act as live judges. You can actually feel the pressure on-screen as contestants see the votes for themselves, or for competitors, rise and fall in seconds during live performances. “Saying no is sometimes more interesting than saying yes,” Shifman said. Participation actively influences the drama.

“We’re here telling you to delegate power to the audience and let them rule,” she went on. “The real question is, did they do it well?”

That was the question Keshet asked itself when Rising Star first went lived. “You can’t imagine the stress we had when starting the show,” she confessed, describing how, for the first audition, the singer wasn’t very strong and the audience didn’t respond or vote her up. Everyone worried that maybe the audience didn’t get how the format worked, and that the show was a flop. But the second audition was strong, and the audience responded enthusiastically.

“We realised that we can trust them,” said Shifman. “Collaboration is good for us, and it makes a better brand.”

Big stories count for a lot, Shifman emphasised. The audience pays attention to these narratives, and most finalists had compelling reasons motivating them to join the contest.

In Rising Star’s last season, nearly 34% of viewers actively engaged with the programme. 12-17-year-olds — a coveted demographic — notched up 15% engagement. App downloads counted 1.5 million, with 10 million votes — over 10 times the number of the previous season, defying trends of falling viewership, downloads and participation as a show matures. What’s more, there is a 30% conversion rate of people using the application, then watching the show, outperforming any second-screen data in Israel to date.

“We believe that we’ve changed the way people watch. We’ve created a new way of TV, and it’ll be implemented in other genres of the future,” Shifman concluded. “Maybe now parents will say, ‘open your mobiles and come watch Rising Star’.”

Tonight the first ever adaptation of Rising Star will be launched on Globo in Brazil, under the name Super Star. Granit Noham, Keshet‘s post sales director, then joined Shifman to discuss the finer details of scaling a show where audience participation is crucial to screenability.

This type of unification is put to work with the implementation of two systems, operating consecutively. At Rising Star, there are two control rooms: one handled by the ‘traditional’ showrunner, the other handled by the digital showrunner. Each are trained in planning scenarios that may occur at any point during the show.

But in terms of adapting a show from Israel, which is a relatively small territory, to Brazil — huge on its own — and beyond, digital was the “real challenge,” Noham divulged. “We had to take a local app and create a global app factory that enables more than 25 territories to change features, vote live, handle many concurrent voters — much more than the population of Israel — in a very user-friendly manner.”

To wrap things up, Shifman shared a “live feed” (pre-recorded, but with scripted interaction from Shifman) of a Keshet VP, who hopped into an elevator in their Israel office to share their upcoming format, Live Elevator Pitch (above; click for video). In this exciting new take on the user-as-live-decider reality genre, a young entrepreneur goes into an elevator to pitch five global tycoons… as well as viewers. The objective is to get to the top floor without getting disqualified. Will viewers let her get there, and will tycoons stay engaged long enough?

The tycoons pictured in the trailer, lit up in a panel across the elevator wall, included Richard Branson of Virgin, Mark Zuckerberg of Facebook, Marissa Mayer of Yahoo!, and Ashton Kutcher.

Once the contestant arrives at the top, the tycoons will engage in a live bidding war for shares of her company — driving them to commit financially right away, an extra thrill for both contestant and users.