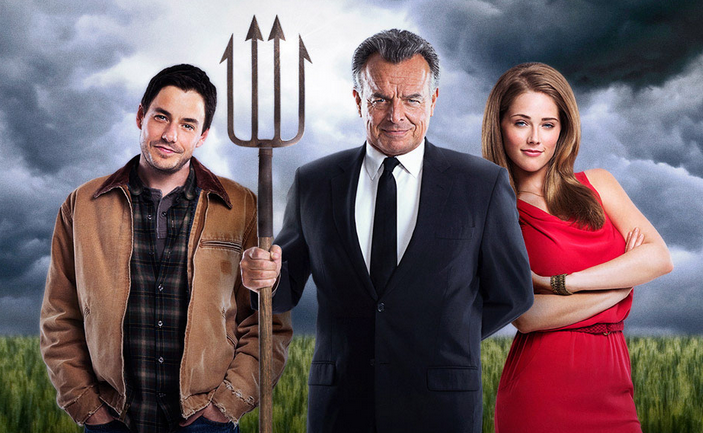 A restaurant's ground-breaking TV series; Heineken's online recruiting; and Coke's crowdsourced World Cup video all feature in this first of a new post series.
By Yassia Fekir on February 20, 2014 0 Comments

Video content is the new currency for attention. After The Scarecrow (12m views) and Back to the Start (8m views), Mexican restaurant chain Chipotle and agency Piro teamed up to produce the critically-acclaimed series Farmed & Dangerous. Starring Ray Wise — best known as Laura Palmer’s father in Twin Peaks — the series broadcast began on Hulu this week. The light-hearted series focuses on oil and gas firm ‘Animoil’, and never mentions the Chipotle brand at any stage. Rather, it fits perfectly with the brand’s key message: “Food with integrity”. Or, as Chipotle’s CMO Mark Crumpacker puts it, “We’re trying to educate people about where their food comes from.”

Results: Broadcast has only just begun, but Farmed & Dangerous’ official trailer (above) already has 668k views to date on YouTube, and its Facebook page has 40k+ fans. Watch this space!

The Farmed & Dangerous team — including star Ray Wise — will speak at MIPTV about this ground-breaking show. At the end of the session, they will be granted the Brand of the Year Award. Don’t miss either!

Heineken: The Candidate, by Publicis Milan

This online video is one of today’s best examples of branded content and social media plan activation. The Candidate was developed by the Global Heineken Brand Digital and PR Team, in collaboration with Publicis Group, Milan.

The subject is a quirky but real job interview filmed on hidden camera and performed by Heineken’s human resources department. Up for grabs: a real dream job for anyone into beer, football and brands, namely a key event and sponsorship role at Heineken.

Heineken’s message: all job interviews are the same and always have the “same standard questions, the same prepared answers”. So how could they pick the best possible candidate, and a make a viral campaign about this?

The phenomenon viral very quickly, with 350,000 views on YouTube in just two days. The three best challengers were submitted to the internet community’s vote on YouTube (5.5m views), which increased the traffic on the website, the numbers of fans on Facebook (17m fans) and on Twitter (789m followers).

Apparently, candidate Guy Lutching is still “Getting people infected by his enthusiasm” at Heineken.

Coca-Cola and Talenthouse: Moments of Happiness

The Coca-Cola Company, one of the most recognised brands in the world, has teamed up with creative collaboration platform Talenthouse, for their third co-creation campaign. It will invite the world to submit video clips capturing Moments of Happiness — the theme of Coca-Cola’s current campaign — to be curated and featured in the global music video for Coca-Cola’s 2014 World Cup Campaign anthem, The World is Ours (above). The song is performed by X-Factor finalist David Correy, written by song-writing team Rock Mafia and produced by Brazilian-born Mario Caldato Jr.

Given Coca Cola’s massive social reach — it has 79m Facebook fans and 2.3M Twitter followers for starters — the campaign is bound to be a success. It has been engineered by Deviant Ventures, a boutique innovation company who also produced Coca-Cola’s 2010 World Cup soundtrack with K’naan, which topped the charts in 17 countries.

“Coca-Cola is everyone’s beverage and football is the world’s passion. We wanted to create a music video that can be everyone’s music video. We look forward to working together with Dave Stewart and Talenthouse to connect with thousands of creative minds around the world,” said Joe Belliotti, director, global music marketing, The Coca-Cola Company.

The final video will be posted in April 2014!

Discover Farmed & Dangerous, and countless other innovative original online video productions at the MIP Digital Fronts, April 9-10 at MIPTV. The Fronts will be the first international digital content marketplace for the production, distribution and acquisition of high-quality original content produced exclusively for online audiences. Founding partners YouTube will present their finest work, with many more digital studios to be confirmed imminently. More info here…