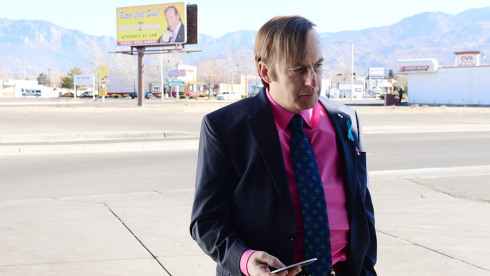 Our latest digest of the past weeks' hottest news stories, as curated by the MIP Markets team.
By James Martin on December 17, 2013 0 Comments

MIPCOM 2013’s assertion that we’re in a “The golden age of TV” has been confirmed again and again in recent months. What used to be a stepping stone for writers, producers, directors and executives who wanted to break into the film business has become a more glamorous place, full of financial and artistic opportunities, says LA Times’ Daniel Miller. But the very definition of TV is changing fast.

With nearly 40m subscribers, according to its latest quarterly financial results, Netflix and the VOD business are still making the headlines as the platform is now bigger than HBO in the US. The Guardian reports that Netflix’s launches in the Netherlands and Scandinavia helped increase the membership figures: there were 1.3m net additions in the third quarter of 2013 in the US, and 1.4m elsewhere in the world. Rumour has it that it will launch in France next year, even though the platform would then face strong local resistance, according to Variety‘s Elsa Keslassy.

But even such a spectacular growth can’t explain all the attention the platform is getting from media worldwide. If online shows are so hip, why aren’t Hulu and Amazon’s programmes more popular? Aside from the fact that they are sometimes hard to find on the very platforms that produce them, for GigaOm‘s Liz Shannon Miller, it’s a DNA issue:

“Each service comes from fundamentally different backgrounds — Amazon sold books, while Hulu was born initially to host broadcast television — and while they’ve evolved, those core missions remain embedded in their strategies, confusing things. Meanwhile, Netflix has a razor-sharp focus on becoming the HBO of digital content, and that determination is paying off.”

And HBO should indeed be worried. The cable network recently struck a deal with Google to make its hit show Game of Thrones available on the internet giant’s TV service, The Guardian reports, but the battle for original and appealing content has just begun. Disney-owned Marvel announced early November that it would bring four original series featuring iconic superheroes to Netflix, starting in 2015. Meg Warner stressed the importance of the deal on Mashable. Last but not least, Variety reports that the VOD platform cut a deal with Sony Pictures Television to bring Better Call Saul (photo), a spin-off to hit series Breaking Bad, to its subscribers after the show finishes its run on AMC next year.

When it comes to online streaming and viewing, nothing is more important than data analysis: in other words, who watches what, and how to bring the content to the viewers. Again, Netflix is making the headlines, this time for innovating in the big data field: Derreck Harris explains on GigaOm that the company not only open-sourced its  collecting tool, it is also looking at how it may use other real-time processing engines to “perform machine learning on event data”.

In a TV landscape increasingly dominated by VOD platforms, is there still room for innovation in shorter, cheaper formats? Rachel Syme from The New Yorker points out that “we are experiencing an almost golden age of Web-native series”, taking examples among US crowdfunded projects.

All these transformations have tremendous consequences on viewing habits and on the networks’ revenue streams: not only are broadcasters faced with the growth of internet-native shows, they must also renegotiate payments from advertisers. Should advertisers pay TV networks for commercials viewed within three days of a show’s first broadcast, or within seven days? Given that more an more viewers turn to computer screens and tablets to catch up with their favorite shows, it’s a growing concern, Bill Carter says in The New York Times.

The landscape is undoubtedly changing fast, and it should continue to do so in the near future, as new entrants make their way into the TV business: Michael Cieply from The New York Times notes that The Weinstein Company is making a surge into TV production; on the tech side, cnet‘s Joan E. Solsman stresses the importance of learning from past mistakes: Google and Apple, poised to become key players in internet-based TV, should glean lessons from Intel’s last ill-fated internet TV project.

Not forgetting YouTube: for Zefr founder Richard Raddon, “Video is the Future of Social”, no less. Says Raddon on allthingsd, video on platforms like YouTube is “more revealing, more engaging and ultimately more entertaining than any other medium”, and may overtake traditional social media in the next few years, as the thousands of tribute videos uploaded on YouTube after the tragic death of Fast & Furious actor Paul Walker show.

Speaking of YouTube, Google’s video platform once again pushed the boat out this year with its traditional “Rewind” film: a fitting reminder that online stars such as What Does the Fox Say, Macklemore, Jenna Marbles & Overly Attached Girlfriend are very much here to stay. Watch the video below, go behind the scenes with TNW here… and have a very happy festive season!