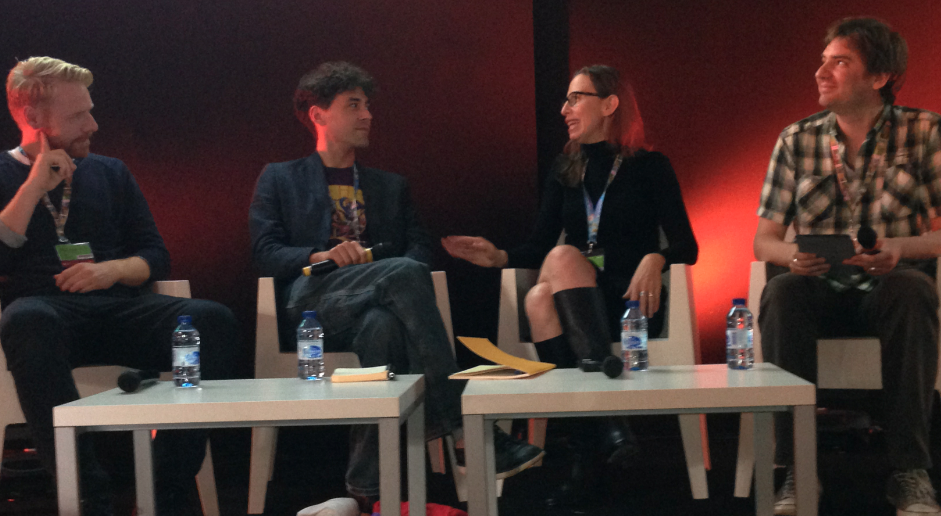 Liveblog: The definitive guide to cashing in on kids’ apps

What can you learn from the mobile successes of others? This panel, which included leaders from Toca Boca AB, The Digits, Yummico and journalist/MIPBlogger Stuart Dredge, covered apps geared toward digital kids.

Dredge began with a warning: “If there was a definitive guide to cashing in on kids’ apps, we’d be having this session on my superyacht.”

The panel included an introduction to each company, a few key learnings and a general question and answer. Music, production quality, interactivity and a focus on education were evidently prioritised in each selection.

Baron of Yummico hit the stage first. Yummico is cofounded by herself and Traci Paige Johsnon, creator of renowned kids series Blue’s Clues. As Baron herself has a feature film background, this mix of image-rich kids education experience and a desire to entertain long-term informed thinking about Yummiloo, their first app.

Yummiloo’s objective is to encourage kids to choose healthy food by making those choices look appealing and fun. The future for the (already award-winning app) is bright. “We’ve partnered with WNET in NY… and are moving into other areas of distribution”, including music videos, webisodes and books, said Baron, who joked, “The app was obviously our first entrée.” They’re also working with a Canadian distributor to dev a pilot app that will eventually become a series.

Carlsson of Toca Boca presented next. The company considers itself a play studio, not a game studio, and considers its apps to be “digital toys”.

“We are digital toys only. We don’t do anything else. Our only revenue stream are paid apps,” Carlsson stressed.

– One brand, no franchises: “We try to have a brand framework that’s very consistent in all our apps.”

– Building trust through quality and principles: “Parents should be able to feel safe. You can give a Toca Boca app to your kid without having to worry about things like advertising.”

– Testing and data: “The App Store is a new place. Behaviours change from month to month, week to week. We’re very data-driven in terms of setting price strategy, launches, what is free and what isn’t.”

– Focus: “By saying no to TV, licensing and publishing and developing apps for others, we can focus on creating the new app. That’s enabled us to build a sustainable business. We’ve been profitable for the last 2 years.”

Under that stringent but quality- and content-focused model, the company now supports 30 people.

Founder Scott Iseri of The Digits followed. Unlike Toca Boca, The Digits is heavily focused on using partnerships intelligently to expand both visibility and brand trust.

The Digits is an educational rock band:

“There are a lot of educational apps out there,” Iseri observed. “But do your kids like playing them?”

The team behind The Digits developed an engine that takes video footage and embeds interactions on that footage, meaning you can change the story based on how you engage with the narrative.

Children can watch episodes live via Skype, with whom The Digits maintains an education partnership. It also partnered with YouTube for Schools to publish and screen its web videos in educational contexts.

But “the real secret to what we’re doing is how we interact with parents,” said Iseri. “We can tell parents what kids are learning, how they’re learning it, and how to talk to their kids about it” over dinner, for example.

The Digits is currently working on a broadcast partnership, with which it hopes to bring its grand oeuvre together in a unified digital narrative.

A short Q&A followed. Dredge asked panelists how they reach kids and monetise them. The answers were as varied as their models.

“We try to align ourselves with these trusted brands because ultimately it’s the parents making this purchase decision,” said Iseri, who pointed to The Digits’s strong partnerships programmes. But he also hastened to emphasise the importance of protecting trust and not compromising quality educational programming with advertising of any kind.

Carlsson promoted the importance of word of mouth. “Almost everyone says ‘someone told me about Toca Boca’. We timed it right, and the quality of the product (cultivated) a small community for every launch.” Today, all Toca Boca’s communities are sustainable. “It’s easier to find those niche audiences. It’s harder to find big audiences.”

Baron pointed to the importance of social media and “trying to get the word out there”. It’s also key to experiment with a focus on the long-term. “We have to learn as we are, see what works and see what doesn’t work … but you have to stay in it for the long haul.”