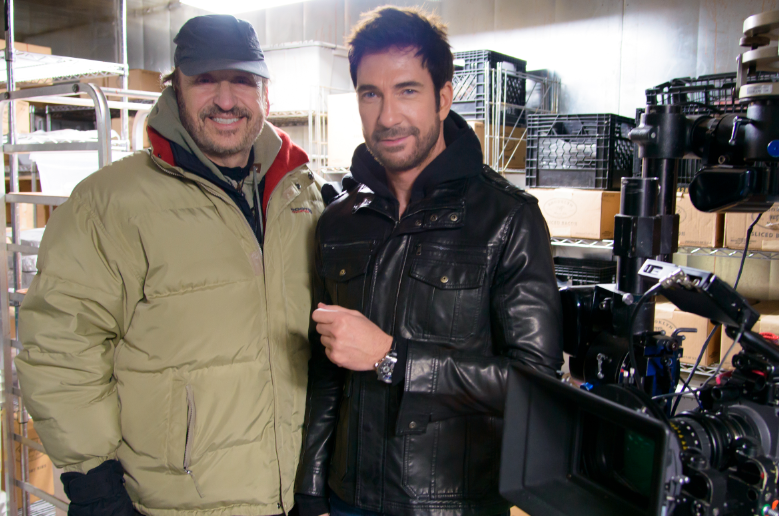 Interview with director Mikael Salomon: To get your films seen, go to TV

For Hollywood director Salomon,"the stigma of inherent inferiority that used to hang over the TV world has disappeared completely".
By Gary Smith on September 17, 2013 0 Comments

When he moved to Hollywood in the late 80s, Mikael Salomon was already Denmark’s best known director of photography (DoP). After working on several movies in that role, including James Cameron’s The Abyss,  Steven Spielberg’s Always and Ron Howard’s Far and Away, he became a director working on both feature films and TV series including Band of Brothers, The Andromeda Strain, The Grid, Unnatural History, The Company, and Coma. He recently finished directing the movie Freezer, and is currently in pre-production on an as yet unnamed mini-series to be shot in South Africa.

MIPBlog: As someone who has moved easily between the TV and film worlds, how do you see the current situation?

Mikael Salomon: There are two significant things happening concurrently. On the one hand. I’m delighted that the stigma of inherent inferiority that used to hang over the TV world has disappeared completely. And the ambition levels applied to many TV productions are every bit as high as those around any feature film, plus the talent is just as good. But the truth is that any director who is serious about his or her craft is going to want to make a big-budget feature film, it’s entirely normal, even though there are less of them being made these days so the competition is very fierce. But you have to weigh that up against the need to get your films seen, and frankly these days if you do want that, you have to take your work to TV.

> How have falling production costs affected the movie business?

Well there are a tonne of movies with budgets of between $2-5 million being produced. In fact you can make something that looks like a movie for less than $1 million. So there are a lot of people making films, but sadly a lot of them are frankly terrible, which has somewhat eroded the credibility of movies generally, but I guess it’s the old ‘infinite number of monkeys’ syndrome in action [laughs]. On the positive side, it’s much easier to experiment than before which has to be a good thing. End of Watch in which Jake Gyllenhaal plays and undercover LA cop was entirely shot with small, hand-held cameras, only cost $5 million, and it’s absolutely brilliant. There are no compromises in quality at all. An interesting fact though, is that while production costs have fallen,  marketing them has become much more expensive.

> Tell us about your latest film, Freezer…

The central character Robert, brilliantly played by Dylan McDermott, is kidnapped by a bunch of Russian thugs who wrongly believe that he owes them $8 million, and then locked in a freezer. In the freezer is another person called Sam, who had been kidnapped by the same gang previously, and the story is their fight for survival against the cold and the gang that put them there. The film had a modest budget of $2.5 million and was shot over 16 days. The majority of the scenes feature the two actors in the freezer, and in fact Dylan is in every shot of the film. I’m very proud of what we achieved, and we already have some distribution deals in place, plus we’re optimistic that it’ll be shown at several festivals.

> So you’re currently working on a mini-series to be shot in South Africa, and what else?

Another feature film, which sadly I can’t name for the moment. But it’s a disaster movie and it will be epic, and right now I’m working with the writers developing the script. In principle – I say that because the TV and movie industries are always subject to changes  – we’ll be shooting it in New Zealand next year.

> Have you ever made any commercials?

Yes, several, including a US Marines spot that was shown during the Superbowl, plus I filmed a campaign for one of Denmark’s biggest exporters, the toy-maker Lego, and I also did a spot for GM. I would have loved to do more but I’m usually very busy and it’s a question of fitting them in between much longer projects.

> As a former DoP, what do you think of the production values pervading the film industry these days?

Directors of photography are real craftspeople, and when you see a movie that is well-lit, you know it straight away. So they’ll always pick people who know how to get the best from lighting, even if it’s a less highly regarded skill than it was before the digital era. And in terms of scripts, a director will only very rarely be handed a perfect example, the reality of the job is that a large part of directing is about knowing what to change and making it great!

Gary Smith is senior reporter for the MIPCOM News. Film will be a key focal point of MIPCOM 2013. This is the latest in a series of posts exploring the ever-growing bridges between TV and cinema. Enjoy!