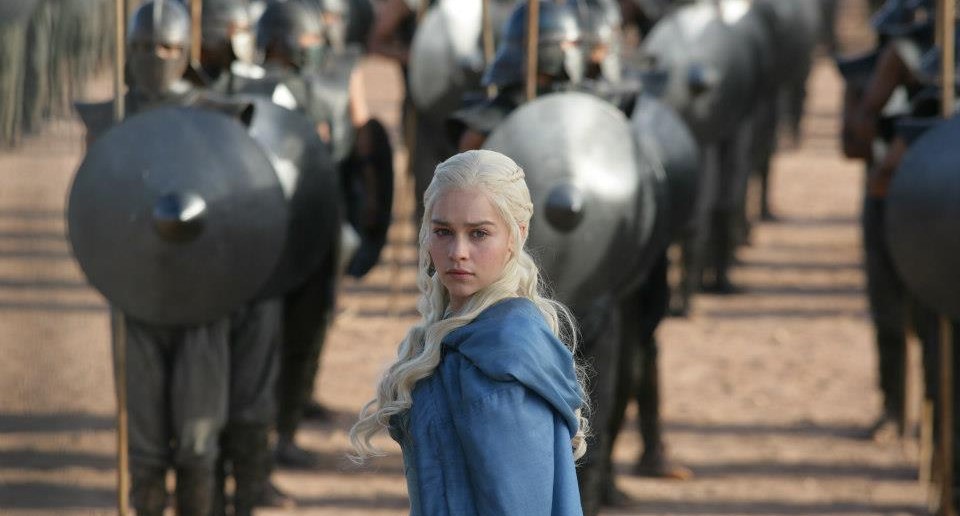 Gary Smith: 5 Ways TV and Cinema have never been closer

The traditional boundaries between film and TV no longer exist, argues MIPCOM News' Smith.
By Gary Smith on July 8, 2013 0 Comments

Photo: Game of Thrones, one of the most epic, cinematic experiences out there today… is not a film!

One surprising, yet logical, effect of the ubiquity of connected devices is the destruction of the walls of a formerly highly compartmentalised content production industry.  Historically, TV people didn’t much mix with film people, and vice-versa. Moreover, aspirationally speaking, it was a one way street. Today, technology has made it comparatively cheap for a show to look fantastic: Spanish drama Grand Hotel being a good recent example. Furthermore, since the arrival of epic, cinematic series such as Borgias, Game of Thrones (photo) or The Walking Dead across every platform —  everywhere, that is, except movie theatres — it has stopped mattering where a production comes from. Audience retention against fierce, unrelenting and ubiquitous competition is essentially the only criteria.

In this new golden age of television, the promise of top talent and new money coming from both traditional film-makers and new operators such as Netflix is profoundly changing the very shape of the TV business. Unsurprisingly, this heady mix of possibilities is also attracting A-list film talent such as David Fincher and Eli Roth, with the former’s House of Cards and horrormeister Eli Roth’s Hemlock Grove both recently recruited to make Netflix original series. What’s more, all of these series’ episodes are made available at once, allowing for binge-style viewing of an entire season in one sitting, should the viewer chose. A bit like watching a movie…

3. The Changing face of the Hollywood blockbuster

Hollywood’s current obsession with explosions and superheroes has left a significant slice of the regular movie audience out in the cold, creating a well of opportunity for television. As Steven Soderbergh — the director who has now ‘retired’ from making Hollywood movies — said earlier this year: “American movie audiences now just don’t seem to be very interested in any kind of ambiguity or any kind of real complexity of character or narrative and I think those qualities are now being seen on television and that people who want to see stories that have those kinds of qualities are watching television.” These comments were further echoed last month by Steven Spielberg and George Lucas, who bemoaned Hollywood’s increasing conservatism and predicted that “internet television” would be the place to find “quirky” content from now on…

Amongst all the chatter about House of Cards, Arrested Development, and Jenji Kohan’s Orange Is The New Black (which is released this week), you may have missed the fact that Netflix also entered the film game, with the release of Shotgun Wedding on April Fools’ Day this year. It seems that it is not enough that the company elicits favourable comparisons with HBO and Showtime, and that it now wants extend its growing reputation as a streaming service offering content that isn’t available elsewhere, to any and every format. Not to mention the binge-viewing factor: are we about to see the start of a new, bite-size way of watching films?

There are no ‘higher’ and ‘lower’ industries anymore. A YouTube comedian with 13 million subscribers churning out a weekly show will cumulatively reach as many viewers as any blockbuster over a year. Add the fact that 85 million smart TVs should be sold this year, and you then have a content supply industry that spans everything from YouTube stars to primetime TV blockbusters and movies, all of whom are equals on a level playing field where the only rule is that you have to attract eyeballs. At that point, it’s clear that the look, length or format of a given piece of content simply doesn’t matter any more, since anything can be sliced and diced, or be extended and have layers added, to fit the needs of any niche on any platform for every kind of viewer and viewing context. Alongside that, Apple’s spate of deals with HBO, ESPN and Time Warner’s Cable channels, and Google TV’s deal with the UK’s Freesat — which will bring YouTube even to non-smart TVs, via set-top boxes — promise a much more intimate and personalised experience, with the viewer in complete control. At the end of the day, viewers don’t care how content gets to them or where it came from. They just want it to be a thoroughly compelling story. Or they will most assuredly go elsewhere.

Gary Smith is senior reporter for the MIPCOM News. Film will be a key focal point of MIPCOM 2013. Between now and then, MIPBlog will present a series of posts exploring the ever-growing bridges between TV and cinema. Enjoy!