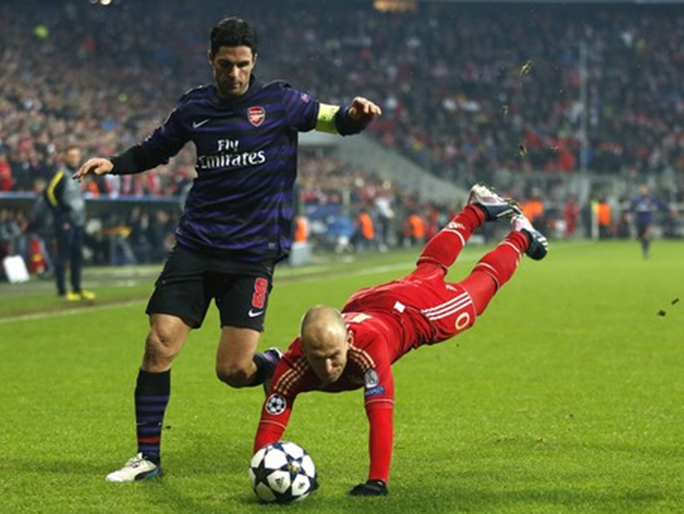 TV Broadcaster Sky has exclusive rights to broadcast Champions League football matches in Germany. The network wanted to highlight this exclusivity and create desire among a broader audience, spurring subscriptions to the channel.

Pairing with Serviceplan, Munich, the station developed Sky Livespots that debuted during the Arsenal vs Bayern Munich game in February of this year. While the game was exclusively broadcast on Sky to subscribers, non-subscribers could get a peak of the action during commercial breaks on other networks.

During 60-second ad breaks, Sky ran a series of six live look-ins to game action, on four major channels. The ads contained 40 seconds of live game action, followed by a call to action urging interested viewers to sign up for a Sky subscription.

The execution captured the attention of German football fans, dominating both print and online media on the day following the match, generating more than 160 million media impressions. The topic trended on Twitter, thanks in part to a goal that was fortuitously scored during one of the six live look-ins.

During the match, more than 5.3 million viewers saw at least one of the spots on another channel. The campaign led to a 24% increase in sign-ups to the network.

The campaign earned a Gold Direct Lion at Cannes Lions 2013.

Sky did an excellent job of leveraging their advantage – exclusive coverage – while giving television audiences a sneak peak of what they were missing. Other sports networks have done similar things in the past; MLB.tv in the US, for example, offers one free baseball game for streaming each day, and offers live look-ins periodically throughout the evening.

But Sky’s real victory came in the technological innovation that allowed them to extend their audience, in real-time. By going to other networks and showing those audiences what they were missing – including a lucky goal during an important match – the channel was able to hawk its wares to people who weren’t already searching out the content.

This is the latest in a series of blog posts from Contagious Feed, a database of the most creative and effective marketing campaigns around. Contagious – a MIP Markets content partner – guides and advises brands and their agencies on competitor activity and future opportunities. More information here. And be sure to sign up for the Contagious newsletter here!