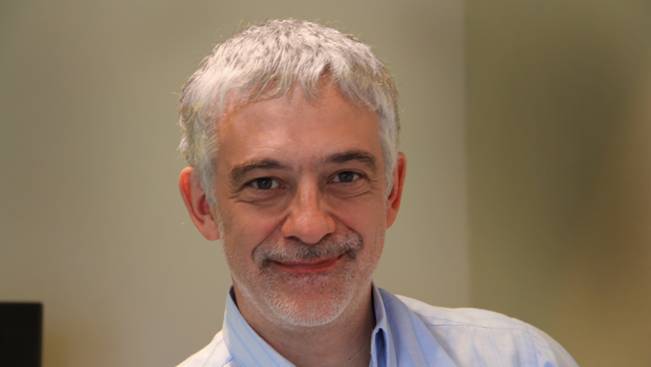 Claudio Martínez: Why Argentine TV matters to the world

Argentina is MIPCOM 2013's Country of Honour. El Oso Producciones's Martínez explains why the rest of the world should pay attention!
By Claudio Martinez on July 29, 2013 0 Comments

Argentina is a faraway place. Far, far away from almost the entire world.

To get to Cannes, you have to travel 10,950 kilometres. You have to cross the Atlantic and the equator. You have to fly for over twelve hours, putting your watch forward various time zones, switching from Spring to Autumn. We live in the south of the south. We are conditioned by distance.

However, there is something that the mist in the distance cannot hide. Argentine talent inevitably makes itself heard.

But how does such a faraway country, built from the labour of immigrants, as large as it is underpopulated, manage to leave such a clear mark on global culture?

There are thousands of essays, entire libraries even, that attempt to explain what is that special chemistry that creates an Argentine Pope, Francis; and Argentine god, Maradona; or an Argentine messiah, Messi.

Moving away from mystical questions, it is worthwhile going over some of the significant achievements in the world of film and television. Two Oscars, various Emmys and dozens of awards at major European festivals show the tradition, reality and projection of the Argentine audiovisual industry. An industry that from the end of the world manages to clear commercial and language hurdles to get its products into all the continents.

With a small internal market but an overwhelming capacity, Argentine TV formats in entertainment and drama are taking over other markets.

By the end of the last decade our country was one of the five leading format exporters, an inconceivable achievement for such a peripheral nation.

How can this phenomenon be explained?

Aside from historic aspects relating to the construction of cultural identity, Argentine film and television were able to grow as booming, independent industries, at different moments and with different idiosyncrasies, defining a style of their own that first won over the local audience and then crossed over to other countries.

The increasing convergence of formats and work methods from the 1990s onwards brought the worlds of film and television closer together, with mutual benefits.

Furthermore, Argentina has led the way in an unprecedented boom: the extraordinary interest in audiovisual training courses. It is estimated that there are over 15,000 film students in Argentina; a significant percentage of them foreign-born.

To this is added a new and decisive factor: the active role of the national government, which in the last decade has considerably increased incentive mechanisms, brought Argentine film back to the cinemas, and given a major boost to public television, encouraging the emergence of small and medium-sized producers and multiplying business opportunities throughout the industry.

Because of all this, in spite of the 10,950 kilometres between us and the Palais de Cannes, it is no surprise that Argentina has been chosen as the MIPCOM 2013 Country of Honour. From our end, we promise surprises, excitement and good business. We’ll see you there.

Claudio Martínez is a journalist and television producer, and general director of El Oso Producciones. Find out more about MIPCOM’s special focus on Argentina here.