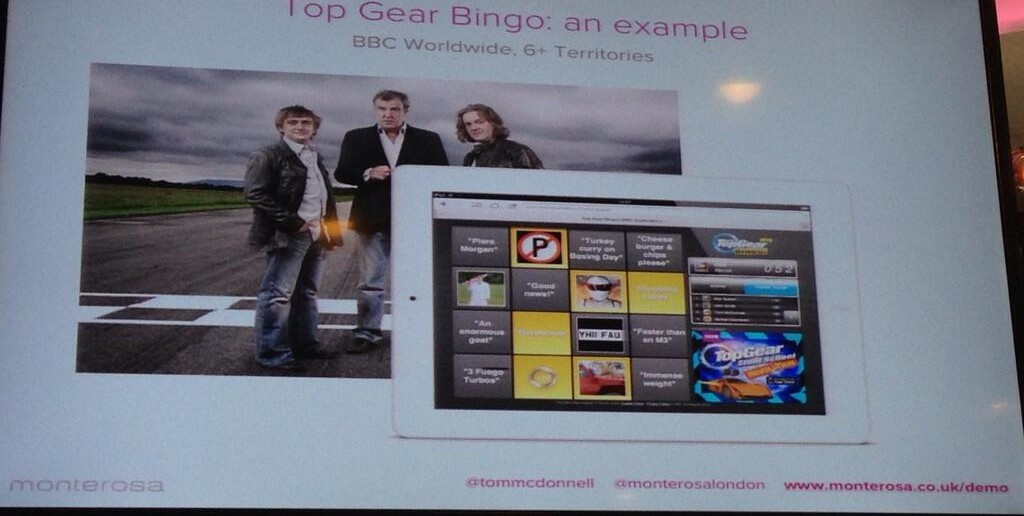 MIPFormats got underway in the Palais today. Here are the highlights, as they were tweeted!
By James Martin on April 6, 2013 0 Comments

One packed panel delved into the Chinese formats market:

Prices in China are on the up. 6-7 years ago struggle to get 500$ format fee per ep, now talking up to 25k$ per episode #MIPFormats

Then a showcase of independent Scandinavian formats, from Nordic World, came up with some interesting concepts:

Format buyers would want in their catalogue – The Voice (45%), Undercover Boss (36%) and Come Dine With Me #MIPFormats

Whilst the session’s panel delivered some important truths:

Truth: it’s up to the audience to decide what’s fresh and what’s not — Jennifer Ebell #MIPFormats twitter.com/romylondon/sta…

Then a Branded Entertainment Case Study outlined ideal approaches for working with brands:

“We do not use brands as an ATM, we can actually experiment new things with them”- Shine 360 #mipformats

Tom McDonnell, of UK 2screen company Monterosa, then outlined “how to make your format transmedia”, with some appealing examples:

Then the day’s last session saw speakers such as The Wit’s Virginia Mouseler address whether the “format of the future” would come from social media. An outline of the most tweeted formats set the scene:

Virginia Mouseler from #thewit talks about the social media strategy of The Voice #mipformats #vine vine.co/v/bTw7EthqBIJ