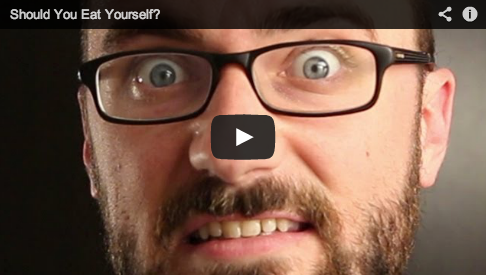 Some of the biggest stars of the online video platform will storm the Palais April 8. Enjoy their work beforehand!
By James Martin on March 26, 2013 0 Comments

For the very first time, YouTube and MIPTV will be showcasing some of the platform’s most creative and popular work onstage in Cannes, April 8. The stars of the new generation of online producers will present their work in person. In the Palais’ truly grand Grand Auditorium, no less! Discover some of their videos here, ahead of the inaugural Original Online Content Screenings…

The session will be hosted by Michael Stevens, founder and presenter of Vsauce, YouTube’s most-subscribed science and technology channel. Here, he answers a great question via Twitter: Should you eat yourself?!

Christian Stevenson, aka DJ BBQ, the roving barbecue-meister from Jamie Oliver’s Food Tube, will be onstage to present the star’s cooking channel. You have to subscribe to watch these videos, so head over there now!

Tim “Livewire” Shieff will introduce the channel on which he stars, Flow – The Parkour Network. Think extreme urban acrobatics, like this:

Lorenzo Benedetti, of The Social Company Production, will provide a taste of Studio Bagel, a comedy channel hugely popular in its native France for its skits on TV ads, like this one… for adult nappies:

Also from France, Adrien Labastire will present close-to-the-bone gems like this from his digital comedy platform, Golden Moustache:

The Original Online Content Screenings will take place on Monday 8 April at MIPTV, 10.45-11.30, in the Grand Auditorium of the Palais des Festivals. Get full session details & add it to your schedule here. More in our press release, here…