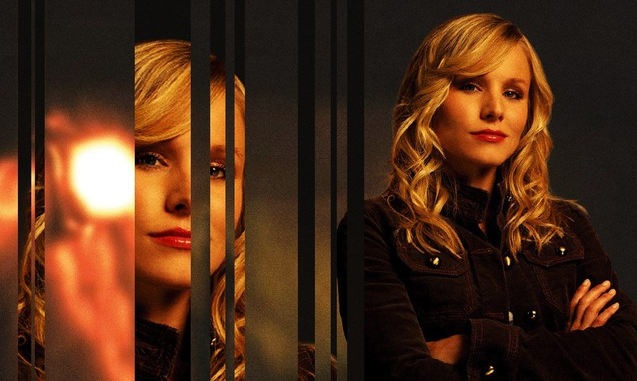 Our latest digest of the past weeks' hottest news stories, as curated via our scoop.it web magazines.
By James Martin on March 18, 2013 0 Comments

By far the biggest news in media of late was TV series Veronica Mars (photo) being quite literally saved by crowfunding site Kickstarter. As The Hollywood Reporter explained, since the show went off the air, the idea of making a feature film had always appealed to show creator Rob Thomas. But the financial backing wasn’t there. “Kristen (Bell) and I met with the Warner Bros. brass, and they agreed to allow us to take this shot,” says Thomas on the film’s Kickstarter page. “They were extremely cool about it, as a matter of fact. Their reaction was, if you can show there’s enough fan interest to warrant a movie, we’re on board.”

Result: the project has raised $3.6 million to date, way over its initial $2m target. Thomas had hope this amount would be raised in a month. It was actually raised in a day, making it a Kickstarter record-breaker. Next steps: shooting this summer, for an early 2014 release, according to THR. Watch this space!

Just as this new funding model showed such promise, the entertainment business’ existing models started to show strain. In an article entitled If Future Is Online, Where Are Profits?, the Wall Street Journal stressed that the current boom in online video isn’t enough to make it as profitable as TV. Prices for ads on top-tier sites last year were down by 10% to 15% from 2011, estimates BrightRoll, a video-ad company cited by the WSJ, adding: “There is “not enough to feed everybody,” said Michael Bologna, director of emerging communications at WPP’s GroupM.”

Piracy shows no signs of letting up, either: but that didn’t seem to bother David Petrarca, a director of Game of Thrones, the most-pirated show in 2012; as GoT thrives on “cultural buzz”, as he put it. More on that thorny topic imminently from our friend Simon Staffans, who has just carried out an industry poll on piracy…

Meanwhile, more gloom came as Variety reported that despite its great advances of late, VOD is ‘Definitely Not Offsetting Decline on DVD’. That quote came from DreamWorks’ CFO Larry Wasserman, at Variety’s Film Finance Forum West early March. “Home video could typically earn between 70% and 80% of the box office before 2008,” said Variety, “but at least two panelists said they now use estimates of between 50% and 60%.”

This doesn’t seem to bother Jonathan Benassaya, the founder of Deezer, one of the world’s biggest music streaming services. His new company, Stream Nation, lets users upload movies for their friends to “borrow.” Is that copyright infringement?, asked pandodaily. Benassaya’s answer: “This is where innovation is. When (chauffeur startup) Uber started, they were (almost) shut down by San Francisco because it was kind of illegal.” Read on for the legal implications…

More disruption came from where one wouldn’t necessarily expect it: Disney has launched its very own equivalent of Buzzfeed, the hottest site around right now, which plays on the internet’s love of memes and lists of all kinds. “Oh My Disney” uses all the company’s characters to make its own Buzzfeed content, reports Mashable: head over there if you want to read about the best “Failed Romantic Moments” in Disney films… in gifs, of course!

Then, via The Guardian, came the confirmation, first suggested at MIPTV 2012, that Angry Birds’ new cartoon series would be distributed directly through its games. After 1.7 billion game downloads, that’s quite a captive audience! MIPBlogger Stuart Dredge reviews the first episode, right here 🙂

Last but not least, online game-focused network Machinima was hailed by Wired magazine as “the Future of TV“, no less! This profile piece is an absolute must-read before heading down to MIPCube at MIPTV this year, where the network’s president, Philip DeBevoise (MIPBlog interview), will speak on a star-studded panel. See you there!