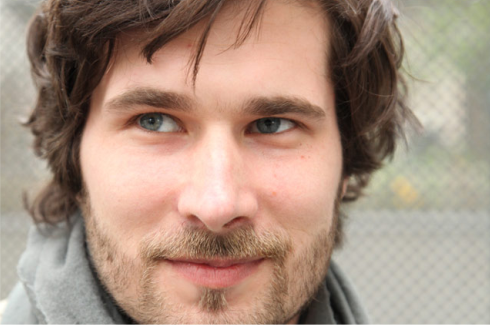 Arnaud Dressen is a founder of Honkytonk Films, a French company that produces stunning interactive narratives, as well as the tools to make them. Prior to starting Honkytonk, Arnaud worked in a number of roles in the media business, including public media institutions like France Télévisions Group, Arte France, and ITVS/USA, the documentary distribution start-up Vodeo.tv and a new-media press agency called Article Z.

He has produced award-winning productions like Journey To the End of Coal,  The Big Issue, The Challenge, iRock and more web documentaries which are often cited as landmarks in the field of interactive storytelling.

MIPBlog: What motivates you to produce videos and post them on-line?

Arnaud Dressen: When I started Honkytonk Films back in 2007, I was interested in how internet-based distribution would allow new ways to engage the audience into visual stories.

I was attracted by the potential to explore these territories where everything remained to be invented. Since then, this space has been exponentially growing in size and depth so there is still no shortage of motivation!

> How are you/your productions financed? By brands for example?

We do both commissioned work for NGOs and public institutions, co-productions and pre-sales with broadcasters like France Televisions and greatly benefit from the support of the French Centre National de la Cinematographie’s (CNC) New Media Fund.

No doubt we are all driven by the same passion for great stories and love for beautiful sound and images.

Only the tools differ. Our narrative techniques for interactive documentaries borrow from video games, radio and print journalism, mixing texts, audio, infographics and photos together with videos in ways that would not fit the TV screen. Now that the web’s audience size has started to compare pretty well with TV ratings, and that tablets and mobile devices allow better integration with the TV set, I believe everybody will be catching up quite fast.

We have always been strong supporters for web native or web-as-first-platform projects and it is really exciting to see more and more TV channels taking this direction today with dedicated budgets for web documentaries.  Also, I believe this is of paramount importance that TV broadcasters continue to develop alliances with news portals and radio outlets for a larger outreach.

> What do you make of ‘new’ channels like Machinima or Maker Studios on YouTube? Are they the future for online producers, or just one outlet among many?

YouTube and Machinima have proven to be great places for independent producers to showcase their work and… even make (some) money out of it. Now this is true for the linear video world, which is only a small part of what I am interested in. Look at visual.ly for dataviz artists, github for creative coders, or even twitter for short form narratives. But these are (and should remain) just some outlets among many, specifically if you are looking at interactive storytelling and more in-depth, long-form narratives. Overall, I like to consider the internet as both a wonderful toolbox and effective distribution venue where open-source technologies and a large diversity of proprietary plateforms can complement each other, for the benefit of innovation.

Dressen is one of MIPTV’s online producer ambassadors, more of whom will be posting here on MIPBlog and elsewhere, in the run-up to MIPTV 2013. Watch this space! And be sure to check out all our online producer-focused posts, here.