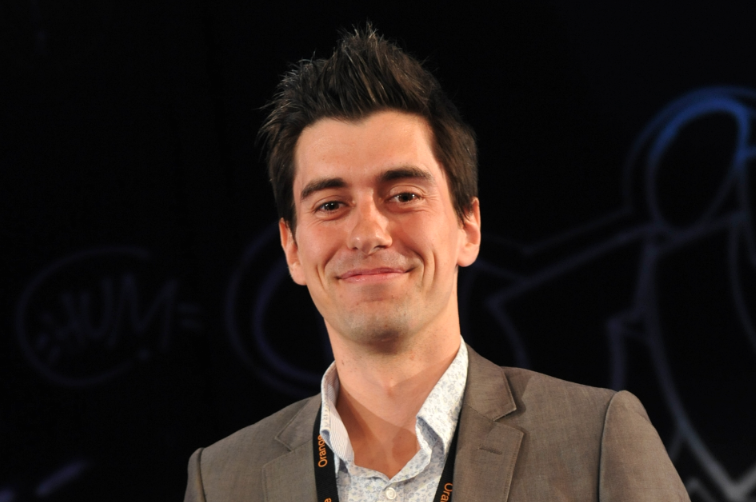 A new breed of online- and multiplatform-focused producers will be present in force at MIPTV 2013. Meet one of them!
By Mike Dicks on March 4, 2013 0 Comments

Jason Mitchell is the founder and Creative Director of The Connected Set, a multiplatform production company based in London, which has notably won MIPTV/MIPCube’s Content 360 competition for the past two years running. The Connected Set design and build digital products and formats for the broadcast TV and cultural sectors.

MIPBlog: What motivates you to produce videos and post them online?

Jason Mitchell: There are many reasons we publish videos online – testing new talent and formats with instant feedback, the creative freedom, the opportunity to be more agile and make stuff we really want to make, or at the most basic level it’s a great promotional tool for your content when it’s playing out elsewhere and you’re competing for attention (be that TV shows, games, apps).

I’d say our motivation has shifted significantly in the last 6 months. Originally, we saw YouTube as a tool to drive awareness of TV work, utilising the fanbases of influential ‘YouTubers’ to push out content.  That one-way push is great, but now we really understand the benefits of YouTube as a tool for conversation with the audience.

When you’re used to a broadcaster owning the viewer relationship, it’s quite liberating to get that direct dialogue, and that’s what excited us about publishing directly to YouTube, the disintermediation of the audience and the producer.

What doesn’t motivate us is the money.  That’s not to say you can’t make any, but for now it’s a space we want to play and learn from, and if we can make good stuff then hopefully the money will follow in the not too distant future.

> How are you/your productions financed? By brands, for example?

Until quite recently, we’ve just been your typical old-school producer – pitching to broadcasters, brands and publishers, reliant on their chequebook to realise our ideas.  That’s still a big part of what we do, but this year will be the first time we are producing and publishing content directly to consumers – with one online video project in the works, and one paid-for smartphone application in development.

Apart from doing it to build that direct relationship with consumers, and hopefully create meaningful B2C revenues, we actually think these initiatives may also strengthen our position when it comes to the standard broadcaster funding model. If successful, we’ll be taking funders tried and tested ideas, with an existing and engaged audience, lots of insight, and we’ll also have a strong IP position to negotiate from. To achieve these projects, we’re investing from company reserves, with the potential to bring in a brand or distributor once our concepts are further developed and tested.

Well we have a pretty diverse portfolio of work, from straight TV shows and online video to iPhone, Android, connected TV and Spotify apps.  We’re pretty platform-agnostic – we just make stuff for the platform (or platforms) that the content is best suited for.

I think some TV broadcasters still struggle to deal with companies that straddle different platforms this way – so we’re often having two sets of conversations with two sides of broadcaster businesses.  I think until commissioners become more like brand managers (supported by content stream/platform experts) there will always be this division.

One of the great experiences we had recently was making 2012: Mashed for Channel 4  (below). What started as an online idea, championed by Channel 4’s online team, eventually morphed into a 1-hour linear TV show.  Because it originated as an online commission, it really fostered a sense of co-operation between different teams and the end result was totally unique – it was a genuine process of co-creation between TV and online experts.  As a model for working with broadcasters that was a great experience.

I think this model bringing in a more diverse group of creatives is key to keeping the TV industry innovating, and on the subject of diversity I also think bringing in new producers, particularly smaller independents and digital producers, is the only sure fire way of keeping things fresh. As the TV industry further consolidates it’s increasingly hard for micro businesses to break through with broadcasters, and I think the whole TV industry has an interest and responsibility in developing new entrants or they will simply ‘give up’ on TV.

> What do you make of ‘new’ channels like Machinima or Maker Studios on YouTube? Are they the future for online producers, or just one outlet among many?

I’m certain Machinima and Maker have a great future and many other YouTube channelsand platforms will increasingly pose genuine competition to the established networks, but that’s not a problem for producers unless they solely rely on the TV commissioning funding model.

I actually think producers have a great future and that’s not limited to YouTube – there are more and more places to distribute content, competition is strong between both buyers and sellers, and the audience has an insatiable appetite for great original content.  In this new market there are an almost infinite number of strategies you can employ to get your projects made, and ultimately most producers are motivated by getting their work made.  You have to work in a different way, perhaps take more risks, experiment a lot, and see channel as just one stream of a modern diversified production business.

The Connected Set’s recent projects include the E4 Spotify application that collates music from across the E4 TV schedule;  2012:Mashed, a year in review told through media mashups; an interactive iPad TV guide created in partnership with VirginMedia, a transmedia entertainment format with FremantleMedia, and several iPhone and Android applications for museums including TATE Britain.

Mitchell is one of MIPTV’s online producer ambassadors, more of whom will be posting here on MIPBlog and elsewhere, in the run-up to MIPTV 2013. Watch this space! And be sure to check out all our online producer-focused posts, here.