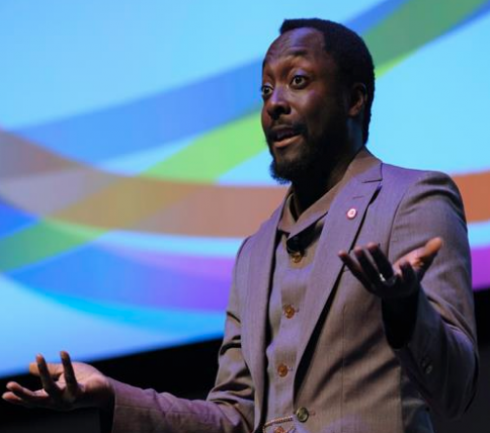 Our latest digest of the past weeks' hottest news stories, as curated via our scoop.it web magazines.
By James Martin on September 14, 2012 0 Comments

Yes, it’s a radical message. But it’s rarely been as clearly expressed than by Dana Brunetti – notably producer of David Fincher’s “House of Cards” series for Netflix – on a TV-focused panel at TechCrunch’s Disrupt conference, that also included HBO’s Allison Moore. Brunetti gained “vociferous” approval from the audience when he aired the common complaint that HBO Go, the cable channel’s online offering, should be available to non-cable subscribers. Hence his prediction that web video – such as Machinima, also present onstage – will “destroy networks and conglomerates as we know it.” Moore’s reply? “It’s a little presumptuous to say $8 will make the business whole.”

Brunetti’s claim was backed up by Maitreyi Krishnaswamy, who is responsible for Verizon’s FIOS TV service. He admitted that cord-cutting – i.e. US consumers stopping cable subscriptions in favour of web-based offerings like Netflix – is a real and growing phenomenon. A rare confession from an operator; but crucially important, as “it impacts how we negotiate TV contracts with studios,” said Krishnaswamy. “It’s not something we can do overnight, but definitely something we’ve been looking at.”

Not all operators are as open-minded, however, according to another GigaOm piece, which tackled the question “who’s killing TV innovation?“ thus:

Facing the threat of a disruption to their ad revenue, broadcasters and cable TV networks have in recent years massively grown their B2B relationship with cable and satellite operators. Broadcast channels and their local affiliates increasingly ask pay TV operators to pay up for content that was previously available for next to nothing. Operators unwilling to pay up face blackouts, and routinely cave in after their customers rebel.

The need for change was also underlined by megapopstar Will.i.am, who told the TV-tech conference IBC that “if I was a broadcaster I would surround myself with code writers.” This assertion strongly evoked developer Syd Lawrence’s claim at MIPCube’s last TV Hack Day, that “TV data is shit,” or in other words, that the industry is not connected enough. For the Black Eyed Peas frontman, the TV business is still too obsessed with making money first and foremost. “What I like about startups is that it is a tool first to be adopted – the monetisation comes later,” he said.

TV, however, continues to innovate, notably through social media: as this super-useful AdWeek piece, on the 10 best uses of social in TV, showed. Creating content specifically for Twitter, for example, definitely pays off for Nickelodeon: when SpongeBob Squarepants tweets “I’d love to be a rock star, but I just don’t have the pants for it”, over half a million followers rejoice…

Networks who engage this actively will reap rewards, promised a Horowitz Associates study picked out by LostRemote: “nearly one-quarter (24%) of 18-34 year old viewers and 30% of 15-17 year olds have started watching a show on TV ‘because of something they saw online or through social media,’ compared with 16% of all adults surveyed,” wrote the social TV blog.

The rewards can also be invaluable in marketing terms, as Maz Nadjm, former head of social for Sky TV and now social TV consultant, pointed out about the torrent of tweets and Facebook messages on this summer’s Olympics coverage: “The consumer data that can be collected as a result of this, as well as the marketing potential it offers and the opportunities to spread brand awareness, are massive and can be very efficiently turned into profitable endeavours,” said Nadjm.

All the more so if, as Google’s recent study points out, 90% of our media consumption now happens across four screens, namely the TV, smartphones, tablets and our computers.

Speaking of multi-screen, it was confirmed recently that director Joss Whedon is taking his blockbuster film The Avengers to the small screen, as Deadline Hollywood reported that ABC has greenlighted S.H.I.E.LD, a new live-action series set in the comic books’ universe. As also revealed here on MIPBlog by our own Simon Staffans!

Last but by no means least, anyone still refusing the “change or die” message should take a look at just how easy it is to pirate the live TV streams of channels like HBO and more… word to the wise!