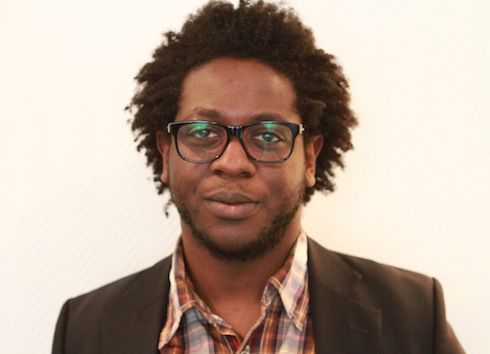 What's in a hashtag? The founder of social TV agency Darewin explains...
By James Martin on August 20, 2012 2 Comments

In France, content producers and broadcasters now seem to realise the importance of engaging with their audiences, and forming communities of active fans, through digital and social media platforms. Part of those million viewers could be turned into solid and active ambassadors. And what could be better than word-of-mouth promotion?

But firstly, how do you manage an active and independent fan base that grew without you, is loyal to the show, but sometimes monetises its activity? Is the TV industry ready to play the social media game by the fans’ rules?

A very successful French show gathers 6 million viewers on a daily basis. It has a nearly a million fans on Facebook, and dozen unofficial blogs.

For years, these blogs provide news, updates, pictures and discussion platforms, all allowed by the producers, and sometimes even encouraged by them.

But as the show launched its official and very complete website, it faced a dilemma: should all those fan sites be left to promote the show to their audiences, or be shut down for monetising that same audience (with advertising)?

After been knowingly tolerated for years, one unofficial blog offering daily episode summaries was forced to remove the show’s name from its title. It also had to remove screenshots of the show. The lawsuit generated considerable buzz, with national radio and online news coverage. Little of it was positive for the network, naturally.

Secret Story is a Big Brother-type show, currently in its sixth season in France. Years ago, viewers spontaneously decided to use the show’s initials and season number to filter out their Twitter conversations. Last year, the hashtag was #SS5, this year it is #SS6.

A hashtag has to be like a tweet: short and straight to the point. #SS6 is short, but not really self-explanatory, is it?

So French broadcaster TF1 started airing a more relevant hashtag during the show : #SecretStory. But because fans have been used to #SS for years and certainly because the new and official #SecretStory brought them no added value, #SS6 still dominated the conversation by 4 to 1.

To change your customers’ habits, you have to offer them added value.

To strengthen the link between the digital terrestrial channel NT1 and the viewers of its show The Vampire Diaries (#TVD on Twitter), we launched the #VampireDiairesNT1 hashtag. But where was the added value?

Well, on a weekly basis, the network aired in its TV trailers the best tweets using the #VampireDiairesNT1 hashtag. A great way to engage and reward your fans for promoting their favorite show and the channel at the same time, right?

In 4 weeks, results were clear : #VampireDiairesNT1 was a Trending Topic during the show’s broadcast, and the N°1 hashtag related to the show.

Canal+’s  Bref is a one-season, short-form hit show with very innovative storytelling and editing. It was massively spoofed within a year: more than 30000 different parodies were uploaded to YouTube. One even hit 6 million views; and the advertising revenue that goes with it…

The producers and writers can up with a great idea to reward those of their fans who promoted their creation with so much talent: the actors from the best spoofs were invited to feature in the show’s final episode. Thus, the show created a virtuous circle.

Wale is the founder of DAREWIN, a Paris-based social TV agency.