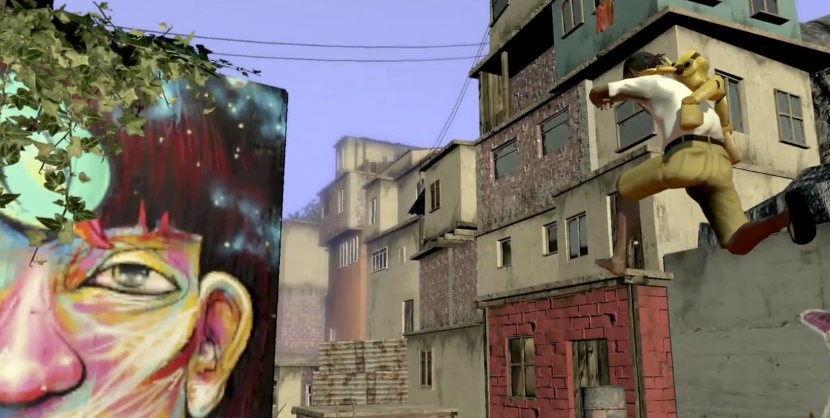 Canada is MIPCOM 2012's Country of Honour. From now until then, we'll be highlighting the nation's most creative projects, via the CMF/FMC. Enjoy!
By James Martin on August 6, 2012 1 Comment

Co-funded by the CMF (Canada Media Fund) and Sony’s Pub Fund scheme, Papo & Yo is a platform-based video game with a twist: it is inspired by its creator’s difficult childhood. It notably features a monster which is addicted to frogs, and who goes mad if he eats too many. The parallel with an alcoholic father does not however limit the game’s playability, as creator Vander Cabellero explains to Ars Technica here. Papo & Yo is set to be released on the PlayStation Network mid-August.

Formerly known as “The Tripoli Family”, this family-focused party game uses Move, the PlayStation 3’s motion-detecting controller, to engage players in a zany adventure, lived through the lives of a family of reality show participants.

Parental Control Tool and Game Generator (website) allows users to quickly produce games especially tailored for young people. It comes with a control panel that provides parents a measure of their learning (video in French).

These projects were originally presented at MIPCube, March 2012. Find details of all the experimental/digital projects funded recently by the CMF/FMC here. And come back soon for more project videos!