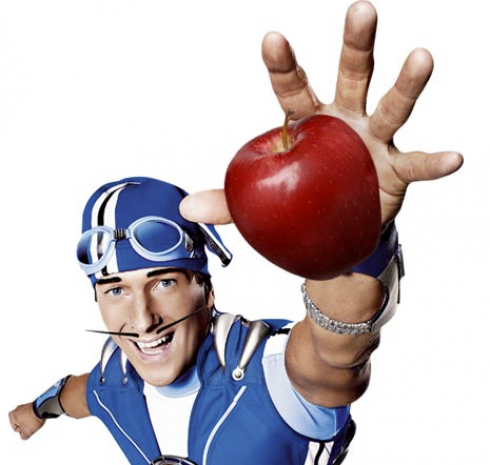 Debbie MacDonald: Responsible Kids’ TV in the Face of Obesity

Disney US’ recent announcement that they plan to banish all junk food advertising to kids on their channels took me back to my time as a UK broadcaster. Disney has been commended for taking such a bold move, and even Michelle Obama is getting in on the act. With over a third of kids in the US believed to be overweight or obese, it’s important that such an influential broadcaster in the US is taking this step.

However, for kids’ broadcasters in the UK, this all sounds very familiar. In 2007, (UK TV watchdog) OFCOM ruled that all children’s broadcasters in the UK could no longer accept advertising from products that didn’t meet stringent nutritional guidelines. Any food that was classified as HFSS (high in fat, salt and sugar), was no longer allowed. This resulted in the food industry taking steps to improve their products as well as affecting the way in which UK broadcasters work.

All commercial broadcasters, like any business, depend on revenue to survive and with this source of income severely affected it’s inevitable that budgets will shrink. It’s long been recognised in the UK that tax breaks have been needed to boost UK kids production and this ruling by OFCOM didn’t do much to help the plight of programme makers. Less revenue to the broadcaster means less money to spend across all areas of the business, including production. However, what was often overlooked was that the revenue derived from these now-regulated advertisers actually helped to fund productions that encouraged kids to make healthier lifestyle choices.

Latest figures claim that 27% of kids in the UK are now thought to be overweight. So it’s interesting to look at what UK kids’ channels are programming to help tackle the problem.

Looking at the schedules, there are lunchtime songs, short form pieces about fruit and veg, kids and parents cooking together and generally responsible messages targeting different age groups.

Mums with pre-schoolers are looking for educational programming but, to engage the child, it must entertain too. CBeebies has recently announced the commission of I Can Cook on the Go, featuring Katy Ashworth travelling around the country in her kitchen campervan, introducing youngsters to healthy recipes. Over on Mini CITV, Annabel’s Kitchen, featuring Annabel Karmel, does something very similar. For any mum, Annabel Karmel is a hero when it comes to food, so it’s a smart move for CITV.

Cartoon Network is also showing its commitment to encourage healthy eating in pre-schoolers by recently acquiring Icelandic company Latibaer, the company behind Lazytown.  Having met Magnus Scheving (who plays the shows hero, Sportacus) he is dedicated to helping kids make better food choices. I can tell you from experience that my kids loved eating apples when they were younger because Sportacus called them “sports candy”.  Lazytown manages to get the message across in a very simple way but in a world filled with bright colours, song and dance. A parents’ dream for their little ones.

And whilst pre-schoolers and mums are watching TV together, older kids are going it alone and have control of the remote. Engaging them in programming dedicated to a healthy lifestyle is harder, so needs more subtlety. A sense of belonging is important to older kids, so cleverly engaging them in dedicated campaigns is a popular choice for some broadcasters. Both Disney and Nickelodeon are doing this to great effect by using the stars of their biggest hits to get the message across. Youngsters see these stars as role models, so getting them to talk directly to the audience is incredibly powerful.

If you involve your viewer, you’ll make more of an impact and CBBC’s recent commission of Junior Masterchef is likely to do just that.  Continuing the trend of tapping into primetime formats, this new series will inspire kids to think about food and create fabulous dishes. It may not be themed around healthy eating, but getting kids to think about ingredients and what goes into their food is essential to help them make healthy choices.

As we know, physical activity is key for a healthy lifestyle and there are numerous shows out there encouraging kids to take part. Fort Boyard on CITV & Disney is packed full of physical challenges, and Camp Orange on Nickelodeon does something similar.  Whilst on CBBC, Ultimate Sports Day gives teams the chance to be mentored by their sporting heroes.  With the Olympics happening this year, there’s never been a better time to encourage kids to get moving and get off the sofa.

I feel incredibly privileged to work in an industry where we have the opportunity to make an impact on kid’s lives and every kid’s broadcaster is doing their bit. However, I’m a firm believer in education beginning at home. People like to blame the rising obesity epidemic on advertising and other outside influences. Yes, they do have their part to play. But, as parents, we have the ultimate responsibility over our children’s diet and the sooner we all start accepting that, the better.

Debbie Macdonald is a children’s media consultant. She was formerly VP, programming director at Nickelodeon UK, having worked in acquisitions at the BBC. You can find her on LinkedIn here.