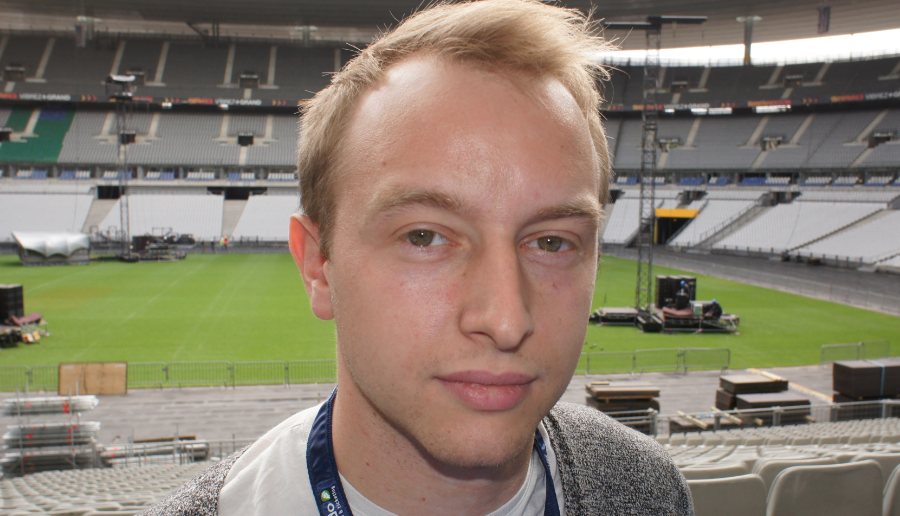 Q&A with cross-platform producer Arnaud Colinart: “Transmedia is nothing more than a buzzword”

What does it mean to be a transmedia producer today? How do you launch projects? Are broadcasters ready?
By James Martin on June 28, 2012 2 Comments

MIPBlog: Would you describe yourself as a transmedia producer?

Arnaud Colinart: I prefer to describe myself as a “new media producer” or “interactive programme producer”.

I think that transmedia is a way to conceive projects, but it’s not a new form like “fiction” or “documentary”,  not event a new genre like “drama” or “comedy”. I think nobody says “I want to produce transmedia projects”. Everything depends on the story.

I prefer to produce a standalone, quality web fiction, rather than a good web fiction plus a shitty TV programme, or a book, or a video game, just to say “this is a transmedia project”.

Transmedia is nothing more than a buzzword to describe something that exists for a long time in litterature, cinema and videogame. Countless multi-platforms universes and brands exist already: Disney, Marvel and Star Wars to name just a few.

But, for the moment, transmedia is often just a way to monetise a programme with merchandising tie-ins.

> Could you cite 2-3 projects you have successfully attracted financing for recently?

The first one is a video game for Arte, named Type:Rider. It’s a platform game based on typography. There is an online game and a mobile game, a Facebook-based editor so you can build your own level; and a interactive installation:

There is no storytelling in this project. The gameplay, more than the story, will be transmedia, I guess.

The authors wanted to develop an exciting game with a documentary background. With Arte, we are very happy to have the opportunity to think about the way information, culture and the documentary format can interact with game mecanisms. I really hope it will be a fun game, more than a serious game.

The second project is a web fiction for France TV and Radio Canada, named ANNA.

It’s an original idea of Bruno Masi, cocreator of the transmedia documentary The Zone, that we produced in 2011.

The concept is to experiment with a new way of telling story online, broadcasting several stories at the same time, via different channels and devices.

We are in the very early stages of writing, but I can tell that it will be a kind of fantastic thriller, a mix between the atmosphere of The Killing (AMC), Twin Peaks and a Guy Maddin short.

ANNA is coproduced with a canadian company, KNGFU.

> What are the best ways to get transmedia projects financed?

First, you have to find the right author, with a good story. Then, you’ll have to prove that your story will be interesting on all the platforms you plan to decline it on.

Secondly, you have to be realistic. You must acknowledge that the ecosystem for this kind of programming is still very young. It’s still difficult to engage audiences, the broadcasters are still shy, and the investment level is still low. You have to prove that you can produce your programme with a reasonable amount of money. You can’t present a €3 million preliminary estimate to a broadcaster, if you don’t have the funds already.

Thirdly, you will have to prove that you are able to create and manage your team.

Transmedia projects need different kind of competences, sometimes very far from the producer background and skills, especially when you have to produce a video game, or an event with your progamme.

> Do you think broadcasters inparticular have fully understood transmedia/ineractive’s full potential yet?

I think broadcaster have understood the interactive potential, especially public service broadcasters like Arte, France Télévisions or the BBC. But broadcasters are still experimenting; as are producers.

Interactive programmes are a very good way for public broadcasters to accomplish their mission of providing access to information and knowledge to everyone. They also have a mission to encourage new forms of creation. The web production departement of Arte is doing a great job at that, inspired by the National Film Board of Canada.

For transmedia projects that include TV, the situation is different, in my opinion. It’s still difficult for the web department and the TV progamme departement of a channel to communicate with each other. They are of very different generations and cultures.

This problem of communication partly explains why it’s such a long quest for producers and authors to get the support of a broadcaster on this kind of project.

> What advice would you give to other aspiring transmedia producers?

WINTER IS COMING!! Be prepared… 🙂